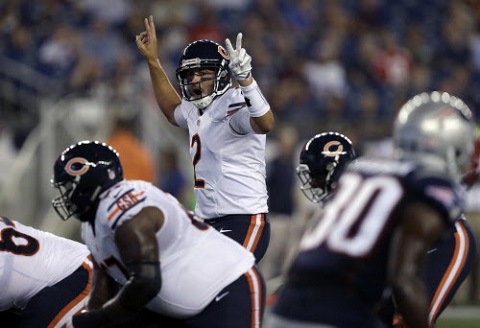 Welcome back to the weekly streamer extravaganza.  Bye weeks are really catching stride with some key players so make sure to check out this article each week for some fill-ins.  Also there have been 12,642 injuries thus far so even if you aren’t in bye week hell, chances are your team is being ravaged by injuries.  Fantasy football really doesn’t make any sense, especially this season…

I’m going to be perfectly honest with you, I was way too excited to watch Westworld on HBO and didn’t watch too much of the Pittsburgh slaughter fest.  I think that I made the right decision, Westworld is everything that it is hyped up to be.  That is where Twitter comes in handy.  With a quick one word search, I found that I am not the only person who is in awe of the weekly poetry that Collinsworth spews out on national television.

I learned that Collinsworth doesn’t know what a meme is.  He thinks a meme is any photograph on the internet.  People were also going crazy that Collinsworth apparently said that the Steelers were playing terrible despite having a 30+ point lead.  If I missed anything great please let me know in the comment section.  This week we have some easy targets as the Giants face the Packers in Lambeau.

I’m convinced Collinsworth is going to show up commando to give himself some room to breathe while watching Aaron Rodgers play football.  There is no telling how wild and abstract his love for Aaron Rodgers will be if he plays well.  Being the morally elite and straight laced guy that Collinsworth is, I think that he will have some choice words for Mr. Beckham Jr:

“Al, when you are a professional football player, you cannot pull these sorts of stunts when your team is trying to win a division.  Odell is costing his team yardage and creating negative headlines on a weekly basis and if I were Eli or McAdoo, I wouldn’t stand for it.  I really feel for Eli Manning, Al, what are you supposed to do when your star player is creating such a fuss?  I just wouldn’t throw to him anymore, you can’t encourage this behavior.”

Ryan Fitzpatrick, 34% Owned – Yes, I am telling you to stream the guy who has 9 interceptions in the past 2 games.  Pittsburgh is giving up an average of 317 yards per game through the air and history is pretty much repeating itself in Pittsburgh’s secondary after a rough 2015.  Pittsburgh’s offense is probably the best in the AFC so I could see the Jets playing catch up the entire second half as Antonio Brown makes Darrelle Revis look like Chris Conte.  Even if Fitzpatrick throws a couple interceptions, it doesn’t ruin you in fantasy football.  I would feel a lot better about this if Eric Decker was playing so I will give you another option if you don’t like this one.

Brian Hoyer, 12% Owned – Brian Hoyer can do good things against struggling defenses and there are few defenses that are struggling as much as the Indianapolis Colts defense.  Blake Bortles scored around 25 points against them last week and he didn’t even have to play catch up in the 4th quarter (although he did throw a late touchdown).  Hoyer threw for over 300 yards and 2 touchdowns for the 2nd consecutive week at home against the Lions.  Brian Hoyer is a really safe play if you are okay with getting 15-20 points and letting the rest of your roster do the heavy lifting in week 5.

DeAndre Washington 16%, Owned – Dwayne Washington didn’t work out too well last week so why not try the other Washington?   I swear if this one doesn’t work out, I might not mention a running back in this article for the rest of the season, that is, until I forget that I wrote this.  Latavious Murray showed up to practice Wednesday in a walking boot and that is never a good sign, so stay dialed in to this situation if you are in need of running back help.  I’m aware that the Raiders are not too fond of running the ball but Washington is averaging 6.4 yards per carry through 4 games this season and could be on the verge of a breakout if he is given a feature role this Sunday.

Seth Roberts, 2% Owned – I’m going to stick with the Oakland Raiders offense here.  The Charger’s defense could be in complete chaos mode with Jason Verrett being injured.  Oakland loves to throw the ball and Roberts has scored a touchdown in consecutive weeks.  Anytime that you need a fill in, go with the guy who has the best chance to find the endzone.

Baltimore Ravens DST, 29% Owned – There really aren’t any great streaming matchups for defenses this week.  The Redskins can put up some points so we are just kind of hoping that Cousins has a bad game. If the Buffalo Bills are still available in your league, I would go that direction, but they are nearly 70 percent owned.

My twitter dot com can be found here, Be sure to follow me and leave a comment in the comment section.  I will see you next week, as long as the Cubs are still in the playoffs.  If the Cubs lose, I’m most likely done watching sports and will start blogging about Teen Mom and Keeping up With the Kardashians.  Or I might go the weird route and dress as a clown and hang out in wooded areas.