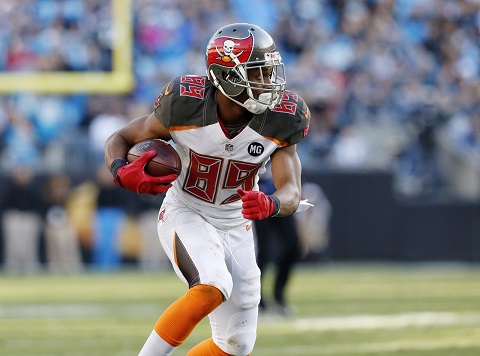 Welcome to our Week 8 streamer article.  We had a great week last week with the New York Giants DST and Ty Montgomery.  Let’s keep the momentum going this week!

Who are these people who are out on the NFL?  It seems like that is all that I hear about on podcasts and radio shows anymore.  I understand that good primetime games are hard to come by but bad football is better than no football, right?  I just know that in March when there’s no football, I’d much rather watch the Jaguars and Titans than a regular season basketball game.   Let’s get to some streamers…

Josh McCown, 1% Owned – It looks like McCown is going to get the nod in week 8 against the Jets.  The Jets actually have improved lately against the pass but despite the 0-7 record, the browns do have weapons on offense.  Terrelle Pryor should have be healthier than he was last week.  Duke Johnson is always a threat as a pass catcher and Isaiah Crowell went back to establishing a running game last week.  I think McCown will jumpstart this offense and jumpstart your quarterback spot if you need a fill in.

Alex Smith, 41% Owned – Look, there are a lot of teams on byes this week so sometimes you have to recommend the same quarterback for the 3rd week in a row.  There is nobody safer than Alex Smith for a lower price.  Smith has 4 straight weeks with at least 200 passing yards and a great matchup with a team who has allowed the 5th most passing touchdowns this year.

Russell Shepard, 2% Owned – A lot of people thought that Adam Humphries would play the next man up with Vincent Jackson going down for the season.  It seems that he is set in his role and Russell Shephard is going to step in and take some targets.  Last week, he put up 5 catches for over 70 yards and a touchdown.  Shephard actually shined during training camp so this doesn’t come as a surprise for people who follow the Bucs closely.  Shephard has a nice match up against the Raiders at home this week.

Detroit Lions DST, 9% Owned – The Lions have actually put up at least 10 points 3 times so far this season.  They have a nice matchup against Brock Osweiler who has been awful in every sense of the word and a very banged up Lamar Miller.  DeAndre Hopkins seems frustrated and on the verge of losing it.  The stars are lining up for the Lions to have a nice week for you to keep pace in this roster spot.

Dallas Cowboys DST, 8% Owned – The Cowboys were able to put up 18 points against the Packers before the bye with 4 turnovers and a sack.  Guess what team is coming off of a 4 turnover game? The Eagles.  Wentz only has registered one touchdown in the past 2 weeks so it looks like he is coming back to Earth.

Jacksonville Jaguars DST, 3% Owned – Thursday night games have been sloppy and weird.  I don’t see a lot of scoring happening in this game and I see some dumb turnovers happening.  I would only play this option if the two streamers above are not available.