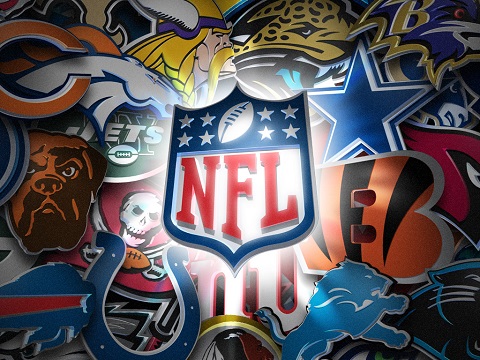 We made it folks. Yesterday was the last Sunday without football for a long time, and I can’t wait to get this season started. I’m just so excited for what we have in store for you this year. I could also be excited from eating copious amounts of Guinness (part of an essential and balanced meal). But even if it’s a combination of the two, it matters not, for Football, and Fantasy Football is back. Follow me after the jump to see what we are cooking for you this year at Razzball HQ. Hint: It’s not edible. I mean, you can eat your computer if you want, but I would recommend unplugging it first. And probably adding some salt.

This season, we’re doing things a bit differently. I’ll be hosting a live gameday thread on Sunday for the early games, the afternoon games, and, of course, what is tacitly known as the premier match-up of the week, NBC’s Sunday Night Football game. Which is sometimes on Thursday. And Saturday. And was on Tuesday that one time. Who knew these sorts of things were allowed? Not I. Sunday Night Football on Thursday… makes total sense. Regardless, be sure to drop by, hang out, and try really hard for that restraining order.

You’ll get your normal recap of the Sunday games, with my fresh hot takes, which actually makes it sound delicious. Almost sounds like cake to be honest. Now I want some cake.

Before I go bake a cake, you should know we’ll also be scheduling a some kind of media thing with Nick the Radio Host when he finally finishes up the 32in32in32 tour and takes a nap. I estimate his nap should last about two years. But when he gets back into the game, we’ll have special unique programming, mostly because my face is special and unique. And like Sunday, we’ll end the day with our live Monday Night Football gameday post, if only to create a sort of quarantined safe zone from the Chris Berman fallout.

The Monday Night Football recap will, of course, be offered to you as good tidings, and then we’ll have one of our longtime contributors, Andrew, going over the waiver wire, giving you his take on who you should be grabbing. (Protip: No physical grabbing, as this is most likely illegal. Figurative grabbing could also be illegal, but that’s only if you have telekinesis. I have no clue what any of this means.)

I’m also proud to introduce a new addition to the Razzball family, as Jennifer will be bring you her own take on the buys and sells that you should be making.

Jack (Full of Hate) (which is a terrible nickname, because he’s really just full of niceness) (and maybe tulips) will be leading a new series covering your Flex Positions. I thought it would be a post involving Twister (the game, not the flying cows one), but I guess that shows you how much I know. Which is nothing. He’ll help you target players for that position, implement strategic, um, stuff, and hopefully explain why he ingests tulips. The yellow ones, if you were curious.

Seth (from what he’s told me, he’s dasportsman, all one word) will be creating an Injury Report just for you. Aren’t you special? You are. But only if you think we’re special. Quid pro quo and what not. I don’t know what that means, but I heard it once and now I just use it all the time.

To end the day, your favorite specimen blessed by the Elder Gods (his words, not mine), Tehol will stop by and write about something. I usually have no idea what it’s going to be about, so I would just expect a lot of Evan Longoria b*tching, and Domonic Brown’s name just copy and pasted all over the place.

This day will be rankings day, because, SPOILER ALERT, our weekly rankings will be released. We’ll also have another longtime contributor, Kevin, bring his IDP expertise in the form of rankings and commentary. I don’t DP, but I certainly watch other people do it. Wait, there’s gotta be a better way to say that.

When Smokey remembers (who knows what happens inside such a large fog cloud), he’ll be providing you with a player spotlight, giving you his take on the situation. I always like situational takes, but I guess it depends on the situation. Wordplay is hot. Call me, ladies.

Rounding out the day, before the Thursday Night Football live gameday post, will be another new addition to the Razzball family, Nico. He’ll be going over streamers, focusing on the QB, DST, and K position. You should definitely listen to him, seeing as how when explaining his methodology, Nico also had to give me a math lesson. So it has to be for real. All eight of it. See? That lesson is totally paying off.

After the Thursday Night Football notes, assuming that I survived Priyanka Chopra’s new NFL Network opening song, featuring will.i.am (r.u.sure?), Jack, pulling a double shift, will go over everything RCL. You know, the Razzball Commentator Leagues? The ones with prizes… you seriously don’t know? Well, believe it or not, you can still join up! Here’s everything you need.

We’ll have Matt cover what’s trending out there in Fantasy Football, and you should listen to him, because he’s a Doctor. And Doctors are right all of the time, some of the times. Does that not make sense? Probably because you’re not a Doctor.

Rounding out the day, we’ll have Ralph tell us about handcuffs. I hope he talks about the handcuffs that I can buy at that one store down the street.

Finishing up the football week, Seth is back to go over your starts and sits for Sunday’s games. I prefer the sits because I like sitting. It would seem to be my most natural position, well, next to lying down and napping. Which would seem to be my life story.

And, just to show we care about niches, ooo baby, let me touch your niche, we have, new to the Razzball family, Jarrod going deep into deep leagues. But not too deep. They already made a movie showing the impact of going too deep, and Hollywood would never allow such a crazy thing as an unnecessary sequel, or marketing, or over simplified crowd-sourcing, or blatant advertising and promos to get in the way of creating a strong product for consumer consumption. Never. Parry the thought.