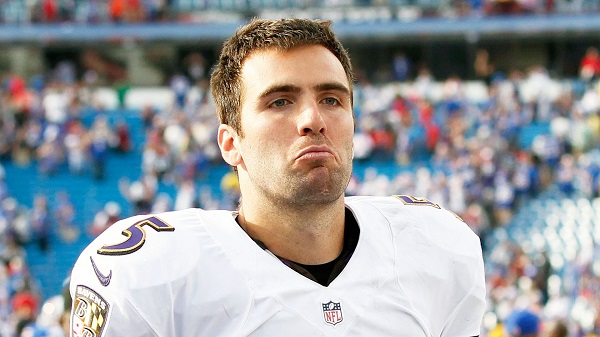 Welcome to Week 1 sports fans. All that time spent taking in the awesome draft content here at Razzball and mock drafting from your work computer has led you to the real thing.. And you thought you’d been neglecting your family this past month or so? Child’s play compared to 17 weeks dominated by football. Hope you signed that prenup.

In this space this year, we will be looking at streaming options for your leagues. Generally I will use 65% as a cutoff line, and I will be looking at Yahoo ranks. Typically the best spots to stream are QB and DST and Tight Ends. If there is a demand for kickers or any other positions, I will add them in the coming weeks. Be sure to hit me up in that comment section for anything you’d like to see in this space, or just to talk smack. Now with it being Week 1, it should just be simple and play your studs. But with Irma bearing down on Florida, we now have two teams with byes Week 1 (which I something I never thought I would say). Everyone is in scramble mode. Who should you grab? Let’s get into some plays…

Joe Flacco 25% – Cincinnatti hasn’t always been kind to Flacco in the past. And I know he hasn’t thrown a pass in the preseason. But Joe knows how to chuck it. Crabcakes and football, it’s what Maryland does. No Burfict or Pacman Jones helps his cause and word is that strong safety Shawn Williams will also not play this week. There’s definitely the worry that the Ravens may try and limit the volume for Flacco. However, they should look at this as an opportunity to pounce on a division rival and steal a game from them in Cincy. I know, “theory of rational coaching”. We can’t always expect the coaches to do the “right” thing. But the best thing the Ravens have going for them out of the backfield has to do with the passing game and while there may be a period of adjustment with new weapon Jeremy Maclin, both him and Flacco are vets of the game and should meld sooner rather than later.

Sam Bradford 21% – While the Vikings would love to showcase their new toys in the backfield, the Saints are thoroughly capable of flipping that game script on it’s heels. Even without Willie Snead, I think the Saints could look to come out fast and the Vikings may be forced to answer. But this Saints defense is very uninspiring, and young at the corner position and the linebacking corps also has it’s question marks. I will be very interested to see what Dalvin Cook can provide the Vikings in the passing game this year. There is a scenario where Bradford isn’t putting up 20 yard TD throws and when they get in close to the red zone, the Vikings try to feel out their goal line back situation. But if they are down double digit points, it come become all hands on deck in this passing game.

Rams DST 62% – No Aaron Donald? No problem when you are facing a Luck-less Indy team. It really says something when Jared Goff will not be the worst starting quarterback in this game. And it’s not like the have a stellar run game to lean on as Frank Gore has been the definition of “meh”. I would expect a very vanilla Colts O, one that will look to drain clock and limit the amount of time the Rams have on the field to score points. The counter to that is that the Rams also have a clock sucker of their own in Todd Gurley. That should keep the points down for leagues that score team points into D (which I’m usually against because it doesn’t account for things like pick 6’s, but it is how a lot of people play), and the turnover climate should be positive. And even without Aaron Donald, there’s enough playmakers on this squad to put some points in your D/ST column.

Falcons DST 45% – If I am reading this right, the Falcons are owned in 45% of Yahoo leagues. I know. 28-3 jokes. But the Cubs probably have a better chance of putting a higher total on the scoreboard Sunday than the Bears do. Now I’ve seen this first hand. Falcons on the road at Soldier Field to open – it was the 2011 season. Came in with a ton of excitement (that was the year they had traded up to get Julio). And they did not play well. Things should be better this time around (especially with me not having to worry about getting in a screaming match on Southshore after calling Jay Cutler a p*ssy). Dan Quinn has done a good job of getting solid pieces into this unit and where they currently sit, are definitely under owned. The receiving corps for the Bears is depleted without Cam Meredith or talent from Kevin White. The best we have is “well Kendall Wright’s last good year was with this coordinator” and a prayer that someone emerges (ADAM SHAHEEN!!). There is the Jordan Howard factor, however the Bears could be in a hole early. I’m wheeling out the Falcons D pretty much everywhere.