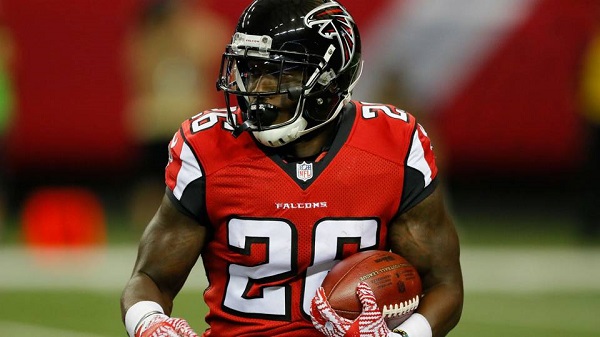 We had some weather on Sunday as the East Coast got slammed with rain and it made for a dreary day of football. It was certainly not the best thing for the kickers as rookie sensation missed a rare two extra points and one of the best kickers in football missed a couple of gimmes in New England. Football is played rain or shine whether or not it throws off our projections. We will start with the game in London, where it always seems to be dreary.

We already figured that this game was in the bag for the Vikings before it even started but people like me set an alarm to watch it anyways. The Browns were able to get more going on the offensive side of the ball than I thought that they would. Isaiah Crowell had some great plays in open space and even found the end zone on the Browns first drive. Although he’s not fantasy relevant, Deshone Kizer actually put together a couple of nice drives against a defense that not many people thought that he would be able to.

Case Keenum was an obvious streaming option this week and he did not disappoint. Keenum was able to find the best wide receiver on his team, Adam Thielen, for a touchdown. He also found Kyle Rudolph in the end zone and was able to find Jerrick McKinnon for a bunch of completions out of the backfield. Latavious Murray received the larger bulk of the carries for the Vikings but was unable to do anything with it.

The Panthers were able to beat the Buccaneers without too much sweat. Cam Newton was able to play game manager but was able to rack up 46 yards on the ground. Christian McCaffery was once again not able to run the ball but saw some involvement in the passing game in the first half. It should have been a bigger day for the Carolina receivers but Tampa was able to hold their own in the secondary. Doug Martin was okay today but was unable to turn a heavy workload into a useful fantasy day. Jameis Winston was just flat out bad. He’s going to be a must start some weeks because the Buccaneers have a tendency to fall behind early but the Panthers defense and the return of Luke Kuechly proved to be too much for him and his sprained shoulder.

Zach was 100% correct about the pace of this game when he said that the Patriots would try and control the ball and keep the Chargers offense off of the field. New England dominated the time of possession and Philip Rivers was never really able to get it going despite his best efforts. Melvin Gordon ripped off the longest run of his career and is tied with Todd Gurley for the most touchdowns amongst running backs with eight.

Tom Brady had another 300 yard game to literally nobody’s surprise Rex Burkhead muddled James White’s waters a little bit as he was very involved in the Patriots passing game. You can probably count on being able to start Dion Lewis despite not doing too much today against the Chargers but other than that, Burkhead may be cutting into White’s value.

Just to let you know how the day went on offense for the 49ers, C.J. Beathard lead the team in rushing by 15 yards. Carson Wentz didn’t quite play as well as we ranked him site-wide this week. He was able to find Alshon Jeffery and Zach Ertz for touchdowns so it wasn’t a bad start for those of you who started him. Legarrette Blount led the team in carries this week and Corey Clemente was second while Wendell Smallwood fell off of the face of the Earth after looking rejuvenated on Monday night.

The Bears defense once again was able to hold their own against a very powerful offense. Jordan Howard saw a heavy workload once again and earned his 3rd 100-yard rushing game of the season. Mitch Trubisky was allowed to open it up a little bit more in the passing game than in his previous starts. He had a touchdown taken away from him on an ugly Zach Miller leg injury and otherwise looked okay despite another interception on the last series of the game.

Mark Ingram and Alvin Kamara both found the end zone on Sunday. Drew Brees seemed to take the foot off of the gas a lot in the passing game, rarely does he attempt under 30 passes. He threw for 299 yards and had a nice connection with Michael Thomas on Sunday. Ted Ginn continues to warrant line up consideration in deeper leagues as he brought in two balls for 68 yards.

Devonta Freeman is starting to fade away a bit as far as the RB1 conversation goes. Ever since starting off the season with a nice touchdown streak, Freeman hasn’t been able to pile up yardage or touchdowns in recent weeks. In fact, Tevin Coleman is doing everything in his power to earn more touches in this offense. In fact, Coleman gained over 100 all-purpose yards and touched the ball more than his counterpart.  Muhammed Sanu is sticking around longer in the fantasy realm than I thought that he would. With Julio Jones struggling to get anything going, Sanu is actually worth line up consideration in deeper leagues with 3 wide receiver spots.

Bilal Powell is not a good running back. If it weren’t for his big game against the Jacksonville Jaguars terrible running defense, he might not even be seeing the field anymore in favor of Elijah McGuire and Matt Forte. But, Powell carried it 14 times and didn’t do anything with it. Robbie Anderson had a fantastic day and will be at the top of some waiver wire lists as Josh McCown continues to perform well as the Jet’s quarterback.

The Bengals finally used Mixon as their feature back and while I wish he had done more with the opportunity, and not fumbled, he made some big plays including a 67-yard reception. Mixon wasn’t near as special as Jack Doyle was today. Doyle brought in 12 receptions for 121 yards and a touchdown. Marlon Mack found the end zone through the air. He touched the ball 14 times today as it’s becoming much more of a timeshare between Frank Gore and himself. T.Y. Hilton only brought in two balls for 15 yards. While Brissett seems to be an able-bodied quarterback this may be a lost season for Hilton and nobody is looking forward to next season with Andrew Luck more.

If you started DeAndre Washington over Jalen Richard, congratulations, you made the wrong choice. The wasn’t much happening on the ground for the Raiders, but Washington was able to bring in eight catches and a touchdown. While Amari Cooper didn’t have the best day, he certainly is still heading in the right direction. Michael Crabtree was the right start today as far as Raider receivers go. LeSean McCoy had his second big game in a row. McCoy piled up 151 rushing yards along with a fourth quarter touchdown run. Also, despite not having a big day, Zay Jones did see five targets in the Buffalo Bills offense.

Ezekial Elliott is really getting it going piling up a lot of yards and two more touchdowns on Sunday. It’s sounding a lot like he could end up playing the rest of the season or beat the suspension all together, but it all comes down to the hearing this week, if I understand correctly. Dak Prescott had a quiet day, as expected with the weather.

Rob Kelley had a touchdown, but he was unable to do much else. Cousins was able to find Doctson for his one catch, and his one yard, and his one touchdown. I’m really tired of coach speak if we’re being honest. The coaching staff talks Doctson up, he plays a lot of snaps, yet he still lacks targets. We have to chalk this up to weather, but it’s not going to get any better in November and December in the greater D.C. area. Jameson Crowder had a great game. Maybe he is the one who will pick up Terrelle Pryor’s slack.

Deshaun Watson proved on Sunday that he does not belong on our benches regardless of match up. Watson really is something special especially due to his arm strength. Will Fuller has a phenomenal future ahead of him too. You have to start Fuller now. This Texans offense is the real deal. Remind me that they are my Super Bowl favorite next year.

Russell Wilson throws for over 400 yards and Doug Baldwin has a quiet day? Why is fantasy football so stupid? It’s great to see Wilson throw two touchdowns to Jimmy Graham while the Seahawks try to up his trade value in search of offensive line help. It’s a hell of a finesse, really. There is nobody worth owning in this backfield, it’s becoming obvious.