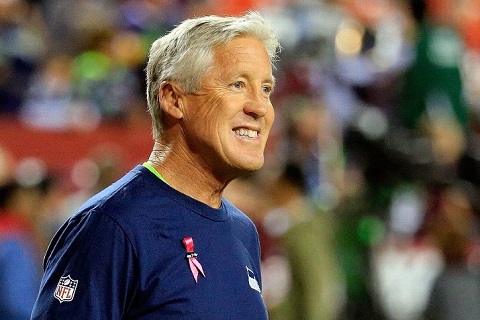 Well, wasn’t that something. The game was, well, close for the most part. And by close, you have to consider context, as they Seahawks didn’t score 45 points in the first quarter, which certainly exceeded my expectations. But it’s no surprise that Jim Haslett was implementing his no cover defensive scheme throughout the game, and Jay Gruden’s sh*tty play design was certainly well masked by the players poor execution of it. But if there’s one takeaway here, it’s that the game was closer than it ever had a right to be, though, it is fair to say, the outcome was really never in doubt. So Washington hung in there…, bravo. That’s definitely worth something. Well, I mean, it’s worth a loss. So yeah, I guess that sucks.

Percy Harvin – 4 REC, 27 YDS and 2 CAR, 7 YDS. THIS KID PERCY HARVIN, I CALL HIM CHLAMYDIA, BECAUSE HE’LL BURN YOU. The line wasn’t as bad as it looked, as Harvin had three touchdowns (THREE!) called back on a holding penalty, a false start, and unnecessary roughness. But don’t worry, he has the Cowboys coming up next week, where I’m sure he won’t get injured. Percy Harvin injured? That’s crazy talk.

Kirk Cousins – 21/36, 283 YDS, 2 TD and 2 CAR, 4 YDS. THIS SEATTLE TEAM I CALL ‘EM KOBAYASHI MARU… NO, WAIT THAT WAS ACTUALLY SOMETHING A KIRK COULD BEAT. Cousins is pretty good at checking down I’ve noticed. He could be the next Alex Smith! Which is somewhere in between the floor of Trent Dilfer and the ceiling of Joe Flacco. So, uh… good luck with that.

Alfred Morris – 13 CAR, 29 YDS and 1 REC, -2 YDS. I don’t know if Helu has incriminating pictures of Snyder or something, but it really shouldn’t be that hard to turn Alfred Morris into a three down back.