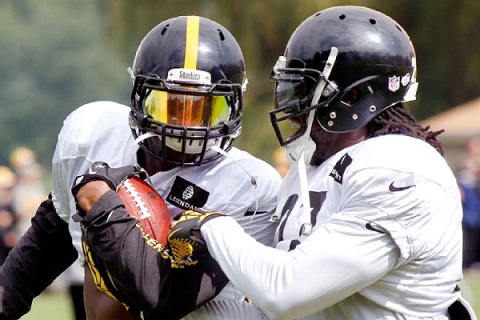 Don’t worry, they sell Fantasy handcuffs at that one store down the street…

I guess this could have been considered breaking news, but I’m still waiting for the NFL to have any kind of self-awareness with Ray Rice only getting a two-game suspension for assault. Silly me! So here I am, in complete awe, as Pennsylvania has basically taught us the best way to handcuff running backs in fantasy football. Both Le’Veon Bell and LeGarrette Blount were charged with possession of marijuana following a traffic stop Wednesday afternoon. Apparently there’s also a DUI charge in the works, which seems logical, you know, kill two birds with one stone, etc., and, of course, the NFL is expected to review the incident. Personally, I think they both should have just stayed home and punched their girlfriends.

“Kohlhepp said traffic officer Sean Stafiej pulled over a Camaro operated by Bell around 1:30 p.m. Wednesday after Stafiej, who was on a motorcycle, noticed a strong odor of marijuana coming from the vehicle. Stafiej found a 20-gram bag of marijuana inside the car. Bell, Blount and a female passenger all claimed ownership of the marijuana, according to police.”

I’m pretty sure the most shocking detail in this was the fact that a Camaro was involved. Related: this is the only version of a Camaro that exists in my head: 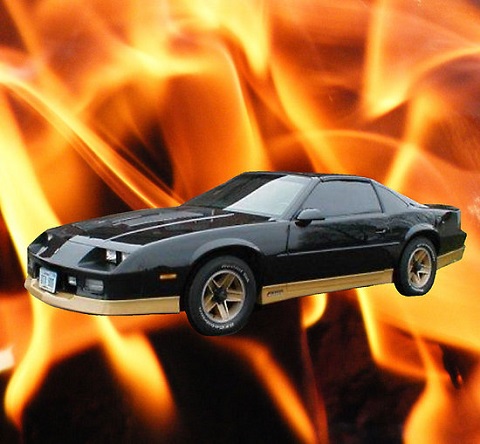 Which is the best kind of Camaro, for the record.

Well, it’s good to see “the Patriot way” in action. And while I had little-to-no concerns that Blount having a timeshare with Le’Veon Bell would affect his production negatively, with this indicent, one has to wonder what kind of repercussions, if any, will materialize. And let’s frame this with the fact that Dri Archer is the next in line on the depth chart, and all other runningbacks on the roster have zero NFL experience. So, to address the elephant in the room (What? I have a big room…), I don’t think we need to worry at this point. While this is a second offense for Blount, and he could face some kind of in-season punishment, the truth is, if you were counting on him for your fantasy team, you’re doing it wrong. For Bell, this would be his first offense, and I doubt there are any in-game repercussions here. The DUI is the bigger issue, but I doubt any type of resolution would be enacted so close to the NFL season.

So everyone don’t do what I thought you were going to do and freak out. I would still draft Le’Veon Bell where you were going to, and if he gets underrated a bit by this, go all in. I actually could have told you to “ring that Bell”, but I consider myself to be a pretty nice guy. So you’re welcome.