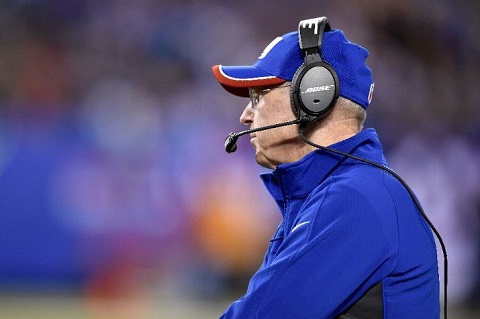 Well, seeing as how the rest of the NFC East has come to depend on Colt McCoy, Brandon Weeden, and Mark Sanchez in the past week, the fact that Eli Manning remains alive seems to be the positive takeaway from last night’s game if you’re the Giants. And. That’s. About. It. While the 40-24 score may seem like the Colts didn’t forge a path of destruction, it was only due to 14 4th quarter garbage points that masked it from the complete blowout that it was. Despite the equally egregious blowout that the Colts just partook in with the Steelers, they seem back on track to represent the AFC South as we move closer to the playoff discussion. Because let’s be honest, it’s not gonna be the Jaguars. CRAZY, I know. The Giants, meanwhile, find themselves in trouble now having lost three straight. But hey, I’m not waving the white flag until we see Curtis Painter. Or, wait, you say they play the Seahawks, 49ers, and Cowboys the next three games? Uh-oh…

Trent Richardson – 7 CAR, 33 YDS and 2 REC, 9 YDS. By the time Trent Richardson retires, he will probably break the career record for the most medicore YPG number we’ve ever seen.

Coby Fleener – 4 REC, 77 YDS, 1 TD. The thing about trying to feature Fleener in this offense is that he kinda sucks.