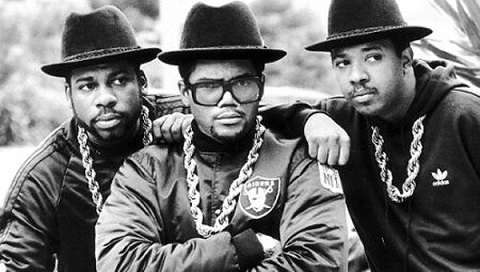 I’m done talking about who I’m crushing over or who should be drafted later on after half the league has turned to auto-draft. I get to introduce my series today which I’m sure all of you are waiting for after Tehol dubbed me his squire. The Razzball Squire, kinda sounds nice… I introduced my Canadian self in my first post, simultaneously dreaming about a fountain of maple syrup. The USB of Influence has been taken out – Welcome to The Max Factor – looking at one of the bigger stories going into the week… the enigma that is the Cowboys backfield. Whoever comes out of this situation on top could be a real fantasy value. I see four real names to look at in this case. My favorite for their draft value this year is Darren McFadden.

Throughout my life as a conscious fantasy football player (ages 15-24), I promised myself I would never touch anyone on the Raiders. Let’s face it, they were the worst run organization 2003 onward, starting immediately after Rich Gannon got eaten by the ‘Bucs in the Super Bowl 37. With a change of scenery, no pressure and a much better team and especially offensive line, DMC could fully run away with the job. He looked dreadful last year on the Raiders, but no Raider has looked good in the last 5 years. I’m willing to give him a pass. Health is obviously a huge factor for DMC, and a healthy DMC getting 15+ touches a game, going where he is in the draft is insane value. I was able to lock him up in a few leagues as my RB3 or 4 and am really happy with his value there. I could see him producing RB2 numbers with 15-18 touches a game.

Now let’s take a look at the two deeper options Lance Dunbar and Christine Michael. Dunbar is a pretty uninspiring depth play. He’s an average runner at best, slightly above average pass catcher. Not much to look at here. He’s at best an occasional 3rd down back if these guys all stay healthy. With injuries he could see his touches rise but still won’t be too fantasy relevant. The signing of Michael is pretty much Dunbar’s value getting grabbed in the sack by Jeff Dabe (google him) and in one quick squeeze ending any chance of procreation (future value). If you like to handcuff your handcuff then Lance Dunbar is the guy for you. Christine Michael on the other hand is very intriguing. He was stuck behind Beastmode his first 2 years in the league, yet still held a nice buzz and you always wondered what his potential could be if got his touches. He’s got a very good pedigree, comes from a great background and after watching some of his film I can see he hits the hole hard, is a good downhill runner and has real powerful legs. I hope his Seahawk playstyle can rub off on to the almost feeble Cowboy mentality. If there’s an injury to DMC or Joseph Randle, Michael could see an uptick in his touches. It’s looking like Michael might not be active for week 1 but as the wear and tear of the season moves along he could be a useful piece. When injuries hit, they can hit hard.

Lastly we have Joseph Randle. I have zero reason to use a top-50 pick on someone with as little security for touches as Randle. I actually don’t own him in any league this year and I’m not unhappy about it. He’s shown some skill last season but has a very small sample size and has some red flags with his past actions and personality. He’s got the skill just like DMC to perform but can he carry the load? What scares me the most about the preseason and news so far is that he couldn’t impress enough in training camp or the pre-season to win the job outright. I’ve only hear that DMC has looked like best of the bunch.

The main point here, is that health and touches will decide who is the most valuable RB on the Cowboys roster. Right now DMC and Randle are the leading candidates but neither really has a leg up. I’d see them split touchers 45-45, with 10% going to Dunbar and Michael until someone gets hurt or can’t perform. If I had to bet on the outcome, I’d go McFadden as the early RB1 until he got hurt then Randle the rest of the way.

What are your guys thoughts about the Cowboys backfield going into the season?