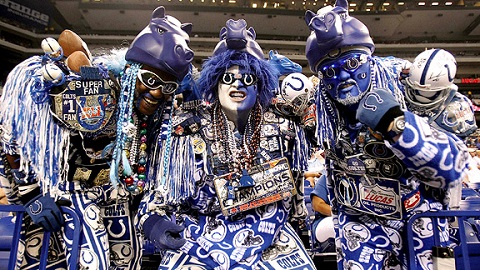 Well, based on what happened yesterday, I’m surprised the NFL was able to field two teams with no replacement players. Tonight’s match-up features a not-as-good-as-last-year-but-still-should-be-pretty-good Nick Foles leading the Eagles into the two block by two block city known as Indianapolis. Going for a 2-0 start would be ideal, but with the Giants being the Giants, the Cowboys being the Cowboys, and RG-3 being RG-3, they really don’t have to try too hard this season. 7-9 seems like a reasonable play-off record in this division. On the flip side, we’ll get to see Trent Richardson try and run with the football further than my dead grandmother could have. This proposition seems 50-50 right now. Oh, and seeing as how I was telling everyone to buy on Ahmad Bradshaw and Dwayne Allen, it would be nice if they put up a combined 809 fantasy points tonight to erase the memory that I ever touted Ryan Mathews. It’s not Sunday folks, but let’s drink anyways…

Note: I’ll be doing PBR (classy) for the beer portion, and Jameson for the shots portion.

Anytime you feel like a defender seems confused (ex. waving arms around) at the Eagles offense.

Chip Kelly and Innovative are mentioned in the same sentence.

It’s pointed out that Andrew Luck went to Stanford.

Someone uses Luck’s last name in a pun or play of words.