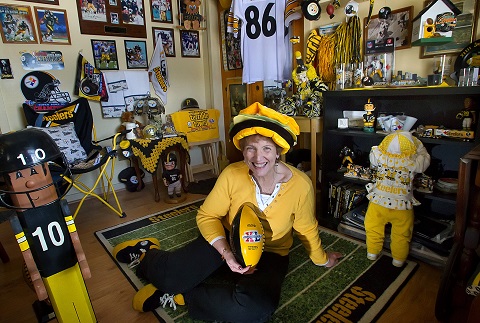 The word coming out of Pittsburgh is that the Steelers aren’t about to panic, but it should be noted this is what people usually say when they are panicking. In an epic battle between two 3-3 teams (funny story, did you know Seattle is also 3-3?), the Steelers look to rebound from what has been an inconsistent season so far. In this case, whatever Ben Roethlisberger has wanted, did, in actuality, not happen. Maybe the story would be different if their games were played in the bathroom stall? But the next best thing for them is they are on a three-game set at home, starting with the equally inconsistent J.J. Watts, who some people call the Texans. Watt leads the NFL with 20 hits on quarterbacks (please hit Ben a lot tonight), and has 40% of the team’s sacks. What would help is Ryan Fitzpatrick showing more of that Fitzmagic. Err, wait, that magic has actually led to a 58.9 passer rating, so maybe less magic here bro. But keep the beard. Trying to figure out if you’re a confederate general from the Civil War, or the lead singer of the Spin Doctors is the only thing that entertains me when you’re trying to drive the football. It’s Monday Night Football, so it’ll be interesting to see if my television can survive the Chris Berman onslaught combined with Steve Young’s hot takes. Trying to figure out what Wes Welker snuck into Jon Grudan’s water is also high on my priority list.

Fitzpatrick does something that makes you want to call him Fitzmagic (sarcasm counts).

You see one of those super fat Steeler fans swinging a terrible towel like it means something.

Gruden says something that is complete nonsense.

Texans – 1 (sadly, the maximum amount of J.J. Watt we are allowed to have.)