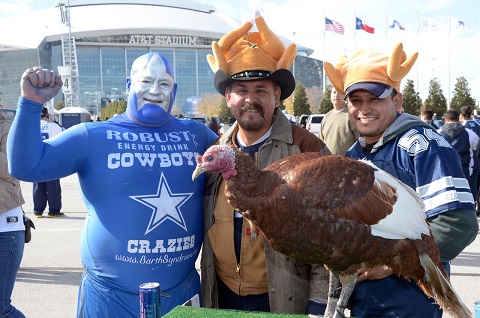 While I would normally expect this game to be somewhat close because of the prime time slot and storied rivalry, I just remembered that Jim Haslett is still employed. So expecting this game to stay competitive, for at least one quarter, may be asking too much. Especially since Tony Romo and DeMarco Murray have lit Jerry’s world (aka his loins) on fire with staggering competency and production. Words that usually aren’t used to describe those two. Romo has 14 touchdowns and only 6 interceptions with 1,789 yards, and December is still far off. Murray became the first running back in history to start a season with seven straight 100-yard games. Washington doesn’t really even have a functional quarterback strategy at this point and are sliding in the NFC East with a 2-5 record. If this is an intentional strategy to get out of the spotlight from having a team name that’s a slur, well then, job well done.

Note: I’ll be doing Stella Artois for the beer portion, and Vodka for the shots portion.

They show the jumbotron.

Gruden says something that is complete nonsense.