We’re marching on with our analysis of Draftmaster 29 here at Razzball, and we’re having a good ol’ time doing it.  This here is round three, so grab yourself a brewski, snag a bag of snacks and come join the party.  Just keep your pants on this time.  Thanks.

Round 1 analysis can be found by clicking on these discolored words.

Round 2 analysis can be found by clicking on these discolored words.

@EyeOfTheGator – Pierre Thomas (#25 overall): The New Orleans backfield is a crowded one, and I prefer less crowded situations since crowdiness confuses me so much that I make up words like crowdiness and embarrass myself.  Reggie Bush is going to be back, as is Chris Ivory so this situation is a murky one.  Thomas’ new contract has him moving up my draft board, particularly in PPR leagues since he excels as a pass catcher, but I think Jahvid Best or Peyton Hillis would have been a stronger pick here since they’re both working with less crowdiness. 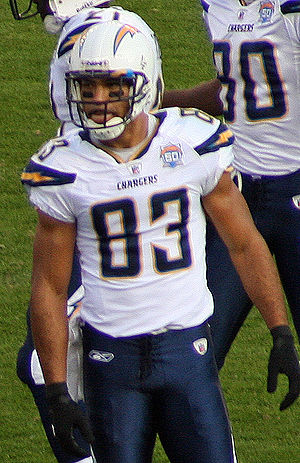 @FatKat52 – Dez Bryant (#26 overall): Hind sight is 20/20.  Dez has gotten himself in a whole heap of off-the-field doo-doo, so I’m betting if this owner were drafting today the pick would be different.  Even before all the bad news with Bryant though, I don’t think he’s worthy of being the 8th overall WR drafted.  With Romo last season he averaged 3.7 receptions, 44.2 yards per game and scored 3 times in 6 games.  Those are not top 8 WR numbers.  Although I expect Dez to improve, he isn’t a WR1 in fantasy football just yet.

@FF101 – Vincent Jackson (#27 overall): After going RB and QB in the first two rounds, this team needed a WR1 and got one in Vincent Jackson.  When he and the Chargers organization stopped poking each other in the eyes and giving each other wedgies over the course of the 2010 season, Jackson came in and promptly recorded a 5 catch, 112 yard, 3 TD game against the 49ers.  Granted Antonio Gates and Malcom Floyd were out that game, and it was the 49ers, but Jackson is one of the best deep threats in the game and has a Pro Bowl QB to work with.  He’s a solid WR1 even if his reception totals don’t match the Larry Fitzgerald’s of the world.

@BNQuinlan – Larry Fitzgerald (#28 overall): Even with awful quarterbacking, Fitz still finished 4th in receptions with 90 last season.  Arizona has been mentioned more than once as a potential landing spot for Kevin Kolb, which would give a nice boost to Larry Fitzgerald’s already high fantasy value.  The Cardinals may draft a QB as well, but whatever they decide to do at the QB position this off-season, it’ll be an upgrade over Max Hall, John Skelton, and Derek Anderson.  Expect Fitz’s numbers to improve.  Getting him in round 3 is a bargain.  He’s late round 2 material.

@RadialRebels – Jahvid Best (#29 overall): Best cooled off drastically after his hot start in 2010.  He scored 5 times in his first two games, then didn’t score again until week 16.  He battled a turf toe injury for the majority of his rookie season, but despite that he still managed to record 58 receptions – 6th best among running backs.  Jim Schwartz seems to have a big jimmy in his schwartz about this kid, so I expect him to be used a lot in this improving Lions offense.  He’s quickly moving up draft boards, particularly in PPR leagues.  A healthy Jahvid Best has top 10 RB potential.  I like this pick based on upside alone.

@EricPedigo – Peyton Hillis (#30 overall): A healthy Montario Hardesty is set to return to the Cleveland backfield in 2011, which is good news for Peyton Hillis’ fantasy value.  Yes, I said good news.  Hardesty taking 10-12 touches from Hillis per game will keep Hillis from falling off of a fantasy cliff like he did late in 2010.  I don’t think Hillis catches 61 passes again, but I think 40-45 receptions is certainly within reach.  That combined with his goal line effectiveness make him a terrific RB2 in PPR leagues.

@Redsoxnation88 – Dwayne Bowe (#31 overall): There was a seven game stretch of the 2o1o season where Bowe recorded 49 receptions, 733 yards and 13 TDs.  In the other nine games Bowe recorded just 23 receptions, 429 yards and 2 TDs.  It’s his inconsistency that concerns me, and keeps me from ranking him as a top 10 fantasy wide receiver in PPR leagues.  I’m not exactly confident in his quarterback either, who somehow accidentally made the Pro Bowl last year.  I prefer Bowe as a WR2, but in a 12-team league like this one he can pass as a WR1.

@vmahaffe – Mike Wallace (#32 overall): Wallace caught just 60 passes last season, but thanks to the rocket up his arse he made the most of those receptions, averaging 20.95 yards per catch.  He averaged 87.1 yards per game and scored 8 times in 12 games with Ben Roethlisberger, and the best part is he had 75 or more yards in 9 of those 12 games and 100 yards or more in 6 of those 12 games.  He’s consistent and explosive, and a solid WR1 even in PPR leagues.  The middle of round three is a good spot for him.

@GridironGuy – Knowshon Moreno (#33 overall): The John Fox era begins in Denver this season, and Fox loves to run the football.  Moreno should see an increase in touches, and an increase in production this year.  I don’t see Correll Buckhalter threatening his carries too much, but Tim Tebow will continue to get goal line looks.  Given the lack of RB options at this point in the draft, Moreno is a decent pick here.  Sometimes you have to take the bad with the good and live with it.

@Treadstone06 – Jonathan Stewart (#34 overall): Who knows what’ll happen with DeAngelo Williams when the new CBA gets done, but smarter people than myself think he’s on his way out of Carolina.  Stewart is an idea every down back, so he’s got the goods to produce RB2 numbers if he’s not in a time share, even on a craptastic offense lead by a craptastic quarterback.  I’m hesitant to use a third round pick on a player who could be splitting carries, but this pick could pay of huge if Williams is shipped out of Carolina.  It’s still too early to tell how the Carolina backfield is going to shake out to give any solid analysis of this pick.  To be determined.

@FantasyTaz – LeGarrette Blount (#35 overall): Blount caught a whopping 5 passes last season, so needless to say he doesn’t do fantasy owners many favors in PPR leagues.  The good news is he had over 200 carries in essentially 11 games last season, and is now the lead back in an up and coming offense.  He’s fully capable of carrying the rock 300+ times and should have plenty of opportunities on the goal line.  He’s also capable of being a dumbass, but he was pretty much doomed to at least one random act of dumbassness from birth with a last name like Blount, so I can’t really blame the poor fella.  After Blount, the RB value drops off drastically.  This proves you better get your RB2 before the end of round three in your fantasy draft.

@Eric Dickens – Jeremy Maclin (#36 overall): Maclin quietly recorded 70 receptions, exactly 1,000 total yards, and 10 total TDs in 2010, good for 14th best among fantasy wide receivers in 2010 in standard scoring leagues.  The Eagles pass approximately 60% of the time so Maclin will have plenty of opportunities to match or exceed his 2010 numbers in 2011.  I think this is a little early for Maclin with guys like Wes Welker, Brandon Marshall, Brandon Lloyd and Austin Collie still on the board, but Maclin does have the upside to justify this pick if things go his way.

A couple of wide receivers went a little too high for my liking in this round.  I’m surprised to see Dez Bryant and Jeremy Maclin go before guys like Larry Fitzgerald, Vincent Jackson, Wes Welker, and Brandon Marshall in a PPR league.  We also learned a valuable lesson: draft your RB2 by the end of round three.  Otherwise you’ll be stuck with the likes of Felix Jones, Shonn Greene or Cedric Benson as your RB2, and none of those guys make me feel great about starting them every week.  More Draftmaster analysis to come later.  Stick around, will ya?