A last minute intake of Skittles wasn’t enough to fix Marshawn Lynch’s hamstring this past weekend, so the Seahawks will be hosting the Lions for Monday Night Football without their star running back. But that’s okay, because they have this thing called Jimmy Graham, who, if you didn’t know, used to play basketball. They also have a Kam Chancellor back, his second game now, who is a prominant part of the infamous “Legion of Boom”, which… has lost a little bit of the boom lately, but none of their boom-mouth or boom-swagger. But at least Richard Sherman has found other hobbies, like buying pizza with his phone. Hey, some people need goals to motivate them, so I hope that biting a piece of pizza will help him not bite on double-moves so often. They also have a thing called Thomas Rawls, who rushed for 104 yards agains the Bears in Week 3. To be fair though, I could probably rush 100+ yards against the Bears. But with the Lions at a dangerous precipice at 0-3, they find themselves in a desperate situation with the possibility of falling four games behind the 4-0 Packers. To be fair though, that seems like familiar territory for the Lions… Oh, and as a former resident of over eight years in the fine city of Seattle, please, don’t come out of this game thinking the only two things we have in the city is the Space Needle and people throwing fish. DON’T BELIEVE THEIR LIES.

6 – Six straight home wins for the Seahawks as they go for seven tonight. 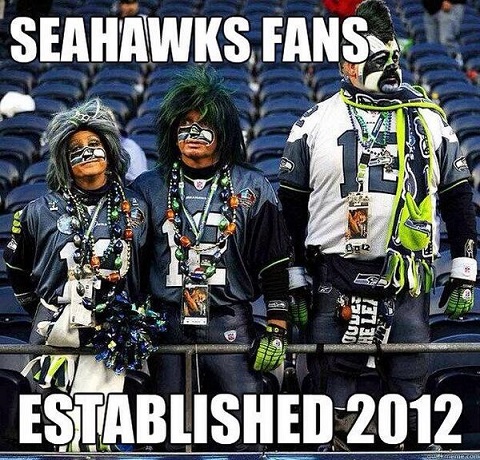 Matthew Stafford throws it to someone not named Johnson.

Ray Lewis gets into a stabby mood.

Golden Tate does something d*ckish.

Megatron jumps 10 feet in the air for a causal catch.

You see the Space Needle.

Every time Russell Wilson bullsh*ts his way out of a sack.

Lions – 7 (Also the number of interceptions by Matthew Stafford.)