Greetings! What a splendid treat it is to fill in for my esteemed editor and boss, Jay (Wrong) the Elder blessed! Let us pray that he’s not too hung over to properly edit the gibberish I tend to submit. [Jay’s Note: Let us pray indeed…] Let us ALSO pray that sweet Jay blacked out well before that Chargers game ended, for, as you know, Jay is a die-hard Chargers fan, an animal rights activist, and, did I mention, it was his birthday? It huuuuuuuuurts! Who would have thought that after a good hour or so of Steelers fans calling for Landry Jones on Twitter, that Ron Mexico would rise like the Phoenix and proverbially neuter whatever fans the Chargers have left. At least San Diego-ens will still have some super solid Mexican food  and whatever is left of the upcoming fire-sale of the Padres roster to look forward to when they move the Chargers to Los Angeles. It’s important to always look on the bright side, even when things look bleaker than Christian Slater’s acting career, and for the 2-3 Chargers, that is very much the case.

But seriously though, how impressive where those last two Steelers possessions? Vick looked like he was shaving points all night, missing receivers on the simplest routes in football and then, all of a sudden, he turns into the stallion we once knew, launching an absolute bomb to “Wheaton the Merciless”, and followed it up with a game-winning drive at the end of regulation! On that final possession, Vick was stoic, never panicking, making superb throws, and FINALLY unleashed the speed that once, long ago, made him the most dynamic quarterback in NFL history. Hate Vick all you want for his role in illegal dog fighting, but I truly believe the guy is a changed man, and if he grew up in an environment where fighting animals to the death was accepted, who am I to hold it against him for the rest of his life? Cowboys player, Josh Brent, killed his God’s damned teammate and MIRACULOUSLY stayed with the organization for years afterwards but few people seem to care. Pacman Jones is responsible for the paralysis of another man, but it seems like a good portion of the public has moved on. Vick has been nothing but a class act since his return to the NFL, and I for one, commend him. People change. Let the man live.

Here’s what else I witnessed on Monday Night Football other than another poor shoe choice by Trent Dilfer:

Melvin Gordon – 15 CAR, 42 YDS and 7 REC, 52 YDS. After Justin Forsett treated this Steelers run defense like buffalo dung, I had high hopes for Gordon’s first breakout game of the season. Instead, he averaged 2.8 ypc and looked a lot like Ryan Mathews… only not as good. HOWEVER, he put in some work in the receiving game so maybe there’s still hope for him yet.

Antonio Gates – 9 REC, 92 YDS, 2 TDS. Gates exploded in his return from PED suspension, showing the world that even though he cheated, he’s one of the greatest tight ends who ever lived. Michael Vick never cheated the game, right? I suppose Valtrex could be a performance enhancing drug but if it is I’m not aware. Either way, Gates is a must own going forward.

Keenan Allen – 5 REC, 57 YDS. Boooooooooring. Allen’s performance was more disappointing than that Dr. Dre album that dropped recently. What do I have to do for another classic rap album? AM I ASKING TOO MUCH!?!?! 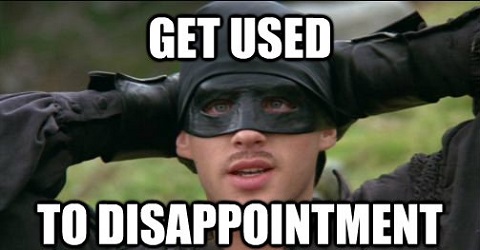 Le’Veon Bell – 21 CAR, 111 YDS, 1 TDS and 4 REC,16 YDS. Just another day at the office for who, in my opinion, is the best running back in the NFL. I’m still shocked the Steelers ran the wildcat at the goal line, as the formation was about as flaccid as Rand Paul in the GOP debate. But, hey, it worked, so kudos to them.

Dontrelle Inman – 0 REC, 0 YDS. Jay’s favorite sleeper pick delivered him an extra special outing for his birthday. A mastodon dung burger with extra nacho cheese whiz. Yep, the dreaded goose egg. Maybe some of us got ahead of ourselves in hyping Inman. We should be more realistic about these things.  :(