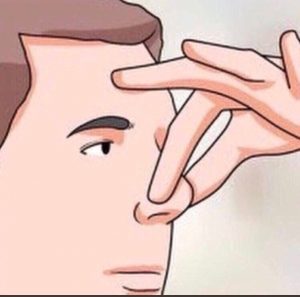 Well that was… Something? Do we live in some sort of simulation where everything that we get excited for ends up being a disappointment? Yesterday was truly an exhausting day to be a fantasy football enthusiast and football fan in general. I’m used to bad Thursday night games to open up the season. It’s pretty much an expectation at this point. But when an unenthusiastic game is preceded by some tidbits of bad news it can put a dark cloud over things. At least the first full Sunday is only two days away!

Update: AB will play Monday night. Unless he does something that only AB can do within the next 3 days.

I didn’t suggest that you, the reader, draft Antonio Brown, therefore I can actually sleep at night. But, as some of you know, I took my chances on a couple of really cheap shares of him. What a disaster. The only thing that we know right now is that you can take him out of your week 1 line up. He’s most likely not going to be available Monday night. Brown’s agent is doing damage control this morning and has said Antonio Brown wants to be a Raider and despite how it seems, wants to play football. Mike Mayock also hasn’t suspended Antonio Brown yet and you’d figure that would happen by now. The range of outcomes is impossible to predict, but the best thing for fantasy football purposes is not having him on your roster. If you do have Brown, he’s just going to be taking up a roster spot for now. Nobody is going to give you fair value for Brown. Nobody knows what fair value is anyways. Brown might not take a snap all season or he could fly another hot air balloon into the practice facility today and make amends with ownership and be on track to play week 2. You can’t predict crazy.

Julio Jones is using the leverage that he should to get the money that he deserves. It seems that Julio Jones isn’t joking around when he says that he will not play on Sunday without a new contract. It sounds like the contract has been close to being done for some time but for whatever reason, it’s finalization is being held up. There are hints that he isn’t 100% healthy, but there hasn’t been any specific news on the matter. If I had a guess, everything gets finalized today or Saturday and Julio plays on Sunday, but a backup plan is needed.

I’m chalking up Odell’s recent comments about his hip injury as minor, but at the same time, it leaves me feeling uneasy beyond week 1. Yes, Beckham is going to play on Sunday, but you never want to hear that pain is bothering a player to the point that he doesn’t think that he can sprint without feeling discomfort. I’m not selling Beckham for cents on the dollar at this point, he’s too talented of an asset.

This is exactly the brand of football that you are going to get when teams aren’t playing their starters at all during the preseason and there are also two good defenses taking the field. This is also the reason that there isn’t much to overreact about, but I do have some thoughts based on what I saw.

– Mitch Trubisky was horrible last night and it is absolutely a cause for concern, but that concern was already built into his draft day price. Trubisky made a lot more bad throws than good ones and he should have been intercepted at least twice more than he actually was. The red zone interception in the fourth quarter was one of the worst decision making processes that I’ve seen in a while. He didn’t even attempt to look off any defenders and threw a bad ball into an almost impossible window. Mitch Trubisky doesn’t need to be owned in shallow leagues but he will see better days and could be a viable streaming option down the line. If you own him in deeper leagues and two-QB/super flex, that’s not exactly what you wanted to see, especially with a trip to Denver up next.

– David Montgomery’s price tag was too high and that’s why you didn’t read me touting him during the preseason. If Mike Davis continues to see a good percentage of the snaps, you’re taking a loss if you drafted him.

– All of Tarik Cohen’s touches came in the passing game and he played a lot in the slot.

-Allen Robinson looked like a great draft value last night and could be Mitch Trubisky-proof.

– Aaron Jones looked pretty good in the second half against a pretty stout defense. The fantasy points weren’t there last night, but he looks to have control of this backfield.

– Aaron Rodgers won the game last night with his savvy veteran instincts. He survived one of his toughest tests of the season and the stats will start to look more like Aaron Rodgers stats with three straight games at home on deck.

– Did the coaching staffs know that Geranimo Allison and Anthony Miller were available? I’m pretty sure that the only reason Allison got on the field for a few snaps was because he was the only one with his helmet on or something.

– Jimmy Graham saw some love and then completely disappeared in the second half. I’m sure Sunday will bring about better waiver wire priorities but I’m definitely happy for Jimmy Graham.

– Aaron Rodgers really likes MVS, which means that we have to as well.