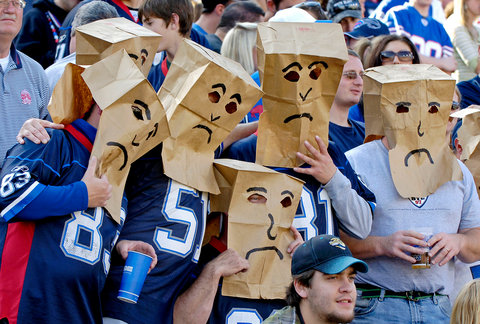 This is it folks. We won’t go a week without some sort of football activity until the end of Super Bowl XLVIII, uh, plus some JVJLGH’s, and maybe some more LLIFJ’s. Could use more X’s. Like 80. I’m not sure what Roman numerals are or what they do, but I think that’s right. BUT OH MY GOD FOOTBALL IS BACK, and though it’s only a NFL Hall of Fame Game, which means it’ll have as much excitement as a Patriots preseason game, at this point, I’ll take anything.

“The 2014 preseason officially gets underway tonight as the NFL’s Hall of Fame Game kicks off at 8 p.m. EST on NBC. This year’s game features the Buffalo Bills and New York Giants in a rematch of the all-time classic Super Bowl XXV.”

However, there might be some things to watch… Like if E.J. Manuel can throw a pass to Sammy Watkins without two bounces, or to see how fresh C.J. Spiller looks, etc., and then, and only then, can we create ridiculous conclusions based on anecdotal evidence from one series before the back-ups come in. Because that’s how we fantasy players roll. But hey, with just one series with the starts, I guess means we should only see two interceptions from Eli Manning tonight.

But the only thing that matters is: Football is here.