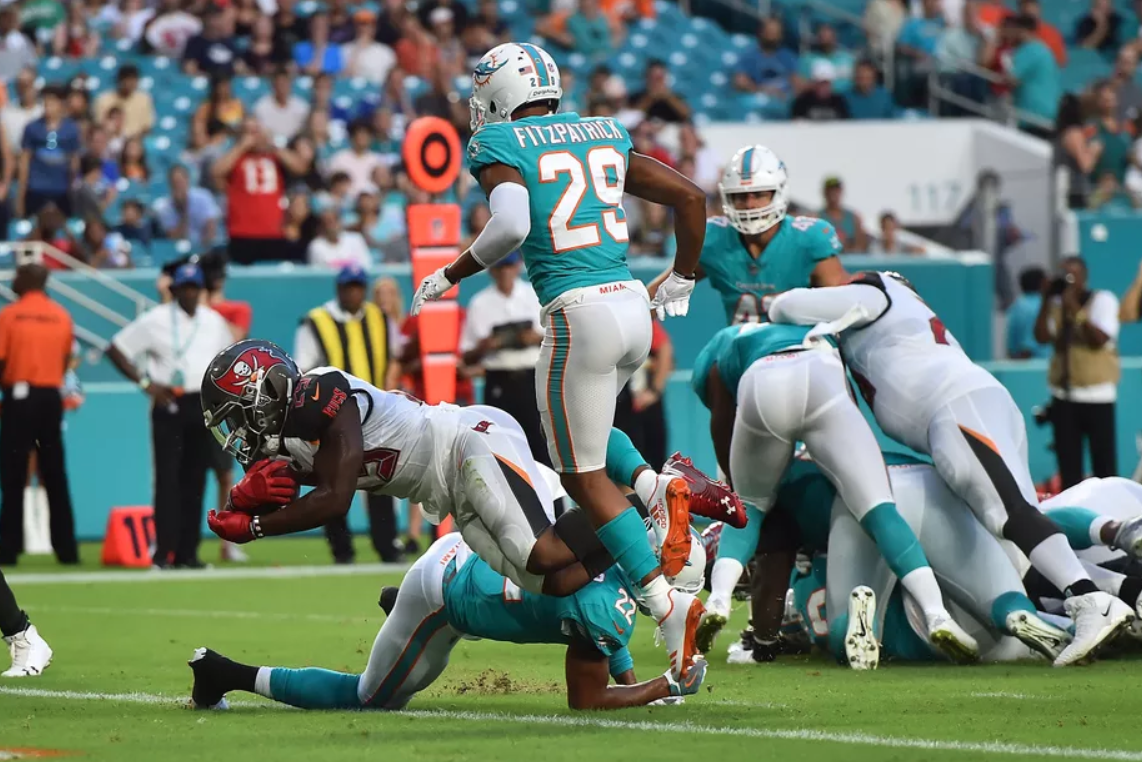 Week 1 of the preseason is just two games away from being in the books. What a ride it has been! That felt real right? Don’t worry, we are less than a month from meaningful win loss records. The football being played now IS meaningful. I wouldn’t be posting this if it wasn’t. There are always Easter eggs hidden in preseason games when it comes to position battles, snap shares, and performance. We also have to address a devastating injury so I’ll start there…

Thank you for checking out my preseason Week 1 tidbits. Let’s do it again next weekend, shall we?

Josh Allen isn’t playing this year unless the BIlls go 0-7 or 0-8 to start the season. That is a good thing for everybody. When he does play though I like his career trajectory. He is big, strong and athletic. He has an elite arm. I mean id you see him flick his wrist and hit a guy 65 yards down field? He will be special behind a decent line and playing with 1st line wideouts. Give me his trajectory over Mayfield or Darnold. He will make some cray Favre-like throws but he may also have a crazy, Favre- like career.

@Uno Mas Cerveza: yeah he gets a lot of Favre comparisons. I’m not a big fan, neither are my Buffalo friends. Big arm doesn’t necessarily mean success in the NFL. He can flick his wrist for a 65 yard throw but who’s to say it’s in the area of his receiver. And how many times a game are you looking for the home run? I like Darnold and Mayfield

Hey, I asked Zach this question, wanted to get your take, which 3:

Starting to think Mixon should be ranked higher

In a 12 tm keeper league, I have Davante Adams, Jerrick McKinnon (still crossing fingers on that “calf strain injury), and Adam Theilen.

With my 1st pick, it’ll come down to the following options: Joe Mixon, Jordan Howard, or Rob Gronkowski. Starting to lean heavily towards Mixon being the pick, what do you think? Shady McCoy may also be available but not sure if he’s worth the risk this year in that offense even if he’s there for me.

@MB: Thanks! Also wanted to confirm that Mckinnon as a 7th rd keeper is better than keeping Michael Thomas (1st rd) or Wentz (7th rd), right? I know there is some risk w/ Mckinnon this year but getting him at a 7th rd price tag seems to outweigh the risk he carries for me.

@prey879: yes absolutely, you’ll be able to grab Wentz or Thomas if you nothing better falls to you

Yo my dude! Quick keeper question for you. In my 12 team, ppr, i can keep up to 3. Is it worth keeping any of these guys or keeping no one to take a shot at getting Barkley?

I either have to keep all, or none to get a crack at Barkley. If the teams ahead of me keep no one, I would have the 5th pick, so it could be a long shot. But if any of those owners keep at least one player, I have a shot.