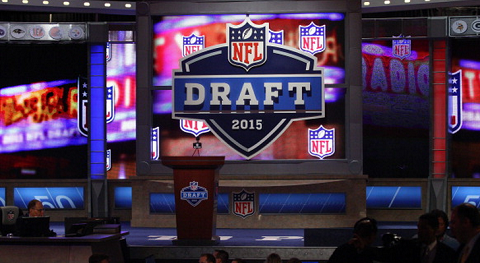 Now that the NFL Draft is over, we know where all of the rookie skill players are going to be playing this season. This was a loaded and well-stocked rookie class when it came to skill positions like wide receivers, running backs, and quarterbacks. Plenty will be big fantasy football contributors and this list will rank them in order. Some could be the difference between winning your league this year and losing it. These rankings will show you who to target and look for in drafts.

Melvin Gordon, RB (SD) – Melvin Gordon was picked by the Chargers in the first round at pick 15 after SD traded up two spots to grab him. Arguably one of their biggest needs was RB and they grabbed a stub in Gordon. Gordon was a highlight reel in 2014 at Wisconsin, putting up insane numbers of 2587 yards rushing, 7.5 yards per carry, and 29 (yes, 29) rushing touchdowns. He also had a good receiving season, grabbing 19 receptions for 153 yards and 3 TDs. Gordon is used to being used as a bell-cow and will be used as one in SD for the foreseeable future. He faces little to no competition from Branden Oliver, Danny Woodhead, or Donald Brown. He has the chance to put up terrific numbers in his rookie season and is easily going to be a top 20 RB this fantasy football season and that might be just his floor. Projection: 288 carries, 1362 yards, 10 rushing TD, 45 receptions, 361 yards receiving, 4 receiving TDs.

Kevin White, WR (CHI) – Kevin White was taken by the Bears in the first round at pick 7. WR became a big need for the Bears after trading away Brandon Marshall and having a lack of faith in Marquess Wilson as anything more than a #3 WR in that offense. White had a monstrous breakout season in 2014 at West Virginia, having a stat line of 109 receptions, 1447 yards receiving, and 10 receiving touchdowns. Argued by many as the #1 WR in this draft class (facing competition from mostly Amari Cooper and a little of DeVante Parker), White landed in the best situation out of the three. Jay Cutler finished 12th in the NFL this past season with 561 passing attempts and new HC John Fox will be sure to make a successful passing game his number one priority. While White will face competition for targets with Alshon Jeffery, Martellus Bennett, and Matt Forte, the Bears are sure to use their top 10 pick a ton this year and have him alongside Jeffery all-year long. With his height (6’3”) and speed (4.35 40 yard dash), White is a sure bet to be a big fantasy football contributor in year 1. Projection: 83 receptions, 1,155 yards receiving, 7 receiving TDs.

DeVante Parker, WR (MIA) – Some will probably question this selection, and I’m partially biased to DeVante Parker, I’ll be the first to admit it. But, Parker landed in a great spot with Miami as they are retooling their pass-catching core. He slides in with Kenny Stills, Jarvis Landry, and even Jordan Cameron too. Ryan Tannehill has a lot of mouths to feed, but he should have no problem doing so. Tannehill finished 9th in the NFL last season with 590 passing attempts and could be in line to exceed that number this year given the additions on offense. You’re going to see a lot of three-receiver sets this season from Miami as they have Parker & Stills functioning as the two outside receivers while Landry mans the slot as always. Parker had 17 touchdowns in 19 games over his last two seasons at Louisville along with 1740 receiving yards, 98 receptions, and 17.76 yards per reception stat line. That equates to 5.16 receptions, 91.58 yards, and 0.89 touchdowns per game. While he won’t see some of those averages in the NFL (at least in his rookie season), he can still put up solid numbers. He is a guy to target for sure in fantasy football leagues. Projection: 73 receptions, 1,143 yards receiving, 7 receiving TDs.

Todd Gurley, RB, (STL) – Todd Gurley at 4? Say it ain’t so. But unfortunately it is. Gurley is a phenomenal running back and is a true foundation running back. The problem with 2015 for him is that he suffered a torn ACL late in the season and is still not 100%. He is not expected as of right now to be ready for week one. Guesses from experts vary from Gurley missing the first month of the season to being placed on the PUP list. I am of the second option and think it is the safer & wiser option. There is no need to rush your star in the making when he isn’t 100%. Gurley should be given all the time he needs to heal and the smart money would be on the PUP list being Gurley’s destination. Will he still contribute in 2015? Of course, and he should be drafted, but expectations have to be tempered for Gurley. Also keep in mind that Tre Mason will be around to spell some carries from Gurley upon arrival as Mason is still a solid RB and one that is well liked by HC Jeff Fisher. In his 3 years at Georgia, Gurley had 3285 yards rushing on 6.4 yards per carry to go with 36 rushing touchdowns and 65 receptions for 615 yards and 9 receiving touchdowns. This is insane production and it can be expected when he does step on the field for the Rams, but his rookie season is one to have modest expectations. Projection: 170 carries, 884 yards rushing, 8 rushing TDs, 27 receptions, 257 yards receiving, 3 receiving TDs.

Amari Cooper, WR (OAK) – Cooper was the first WR taken in the draft by Oakland at #4 overall. Clearly the Raiders love what Cooper brings to the table and what he can do as the #1 target for Derek Carr. Cooper had a legendary 2014 at Alabama, finishing with 127 receptions and 1727 receiving yards (both 1st in the nation) and 16 receiving touchdowns (2nd in the nation). He will immediately slide into Carr’s #1 wide receiver and target and should be in line for a large amount of targets. The problems for Cooper include that Derek Carr is still learning at the QB position and while he had 599 passing attempts (7th in the NFL), that number may go down with the emergence of Latavius Murray, who can help solidify a porous run game and take some passing attempts and turn them into rushing attempts. Carr only threw for 21 touchdowns and 3270 yards despite the high number of attempts and while improvement is bound to happen, how much of it will be a different question. These problems spell Cooper’s production in 2015 at least, but will still see a lot of targets and good amount of production in his rookie season. Projection: 80 receptions, 1112 yards receiving, 6 receiving TDs.

Nelson Agholor, WR (PHI) –For months, Agholor was projected to the Eagles and it actually ended up happening. The Eagles have a great offensive scheme going for them and will surely run a lot of plays and put up a lot of stats, but the biggest question for that offense is how well the play at the QB position will be. Sam Bradford is the QB for the Eagles coming into the season after being acquired by trade and is also coming off another ACL tear. Bradford has majorly underwhelmed since coming into the league as the #1 pick in 2010. He didn’t play at all in 2014 regular season after that aforementioned ACL tear in the 2014 pre-season. Agholor immediately slides into the #2 WR on this team and quite possibly the #2 target as well behind Jordan Matthews. Philadelphia did throw the ball 621 times between 3 QBs (Sanchez, Foles, Barkley) and will most likely keep that number high, but keep in mind that the new additions of DeMarco Murray and Ryan Mathews will surely make Philadelphia love running the ball even more than they already did. Agholor will see over 100 targets most likely as Matthews saw 105 as the #2 WR for the Eagles in 2014, but suspect QB play and a big commitment to the run game could weight down on the potential production for Agholor this season. Projection: 71 receptions, 902 yards, 6 receiving TDs.

Breshad Perriman WR (BAL) – The fourth wide receiver taken in the first round comes into an offense lacking weapons with a very pass-happy offensive coordinator (Marc Trestman). The Ravens lost Torrey Smith this offseason to San Francisco and have a 35 year old wide receiver (will be 36 on 5/12) as their #1 weapon in Steve Smith Sr. Marc Trestman comes over from Chicago, where his 2014 team was 2nd in the NFL with 64.6% of their plays as passing plays, so expect a lot more passing in 2015 than 2014 in Baltimore (22nd in NFL, 56.4%). Perriman immediately slides into the starting lineup as the deep threat wide receiver and will do his best to replace Torrey Smith. After finishing with 50 receptions for 1044 yards and 9 touchdowns in 2014 at the University of Central Florida, Perriman projects to be a more physical version of Smith. He will be a fantasy asset in year one, but he has much better years ahead of him once he can development his route-running and focus more. Projection: 48 receptions, 936 yards receiving, 5 TDs.

T.J. Yeldon, RB (JAX) – The sixth running back taken in the draft was the former Alabama running back T.J. Yeldon. Yeldon lands in a rather favorable spot, where running backs like Toby Gerhart & Storm Johnson underwhelmed in 2014 and Denard Robinson, who did impress in 2014, but lacks the ideal size at the running back position (5’1”, 199 lbs) and is not a running back by trade. Yeldon comes to Jacksonville after a successful career at Alabama, with 3322 yards rushing and 37 rushing touchdowns over three years. Jacksonville had a middle-of-the-pack offensive line in 2014, but added Stefen Wisniewski at center and rookie A.J. Cann, a solid if not better run-blocking offensive guard in the draft. What is holding Yeldon back from being ranked higher is that Jacksonville loves to throw the ball (63.5% of plays in 2014 were passing plays, 4th in the NFL) and the fact that Jacksonville does have a lot of mouths to feed when it comes to running the ball. All in all, Yeldon will have a solid rookie season and could prove to be the foundation back for years to come in Jacksonville. Projection: 192 rushing attempts, 922 yards rushing, 5 rushing TDs, 14 receptions, 150 yards receiving, 1 receiving TD.