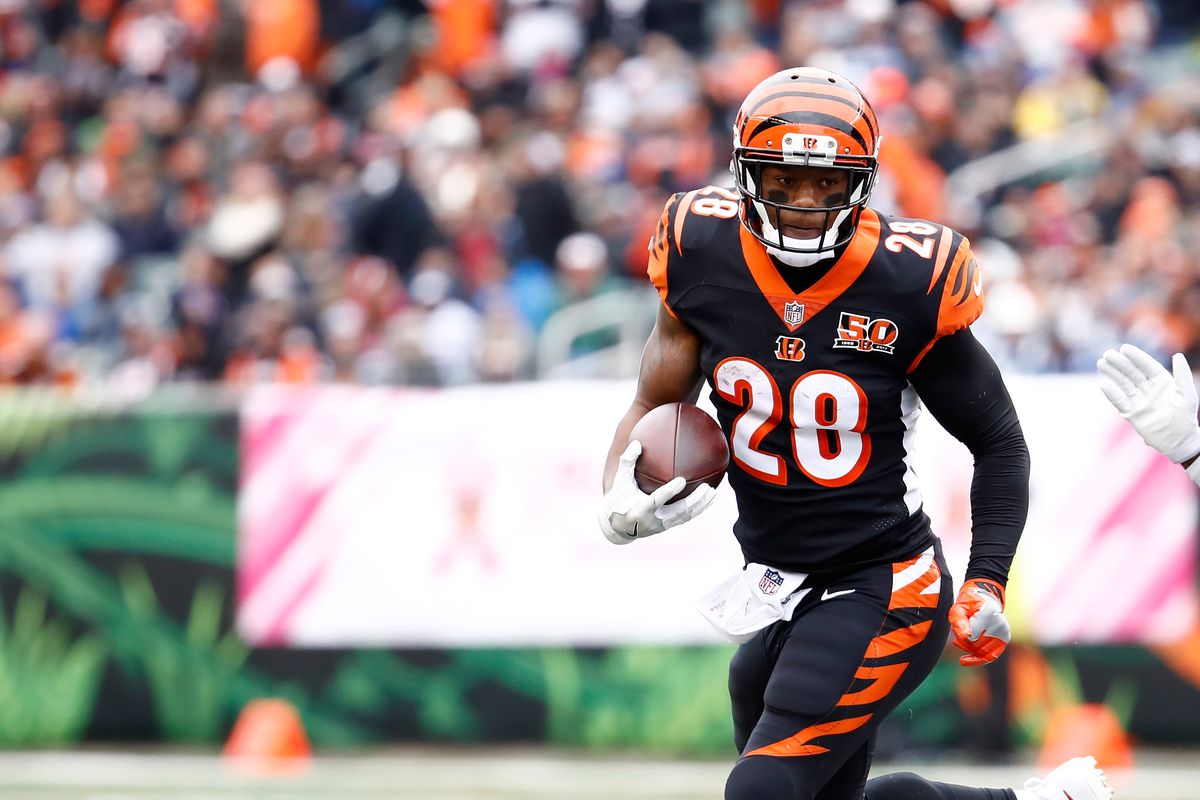 What’s going on everybody?! Welcome back to another post in my sleepers, breakouts and busts series, where today, I’ll be taking a look at the Running Back position.

The general consensus in the fantasy community is that this will be the year of the RB, and there is some truth to that, so be prepared for a bunch of backs to be selected in the early rounds of the draft, which means that you need to get yours while you can! So let’s take a look at some names you should be targeting, and some you need to be avoiding.

The 2017 season for Barber only really came all together in the final few weeks of the season when he was able to take control of the backfield, as he finished with 15+ carries in four of the final five weeks. On the entire year, he finished with 108 carries for 423 yards and 3 scores.

Heading into the start of Training Camp and the preseason, it wasn’t looking great for Barber as the Bucs spent a 2nd-round pick on Ronald Jones from USC. However, as we progress deeper into the offseason, it’s looking like Barber has been the standout back to watch from the Tampa Bay training camp. When asked if Barber has played like a starter over the summer, Dirk Koetter responded by saying “Yes, he’s doing everything everything he should be doing right now and I think if we went out there and gave it to Peyton 20 times, we’d like what he does.” With an ADP in the 19th-round, Barber is the perfect low-risk, high-upside pick that should get some serious volume heading into the season.

Like Barber, it wasn’t looking good at the start of the summer for Burkhead after the Pats spent a 1st-round draft pick on Sony Michel. However, after an eventful offseason, it’s very hard to see Michel having a big role in the early stages of the season thanks to his nagging knee issues. Because of this, it falls into the hands of Burkhead for the primary-downs work for the early part of the 2018 season.

Burkhead already has the trust of the New England coaching staff after a 2017 season in which he tallied 518 total yards and 8 TD’s , and I don’t think it’ll take him long to become a fantasy-dependent starting RB in the first couple of games. His ADP is still in the early parts of the 8th round, which is an absolute steal.

2017 was a season to forget for Montgomery as he only got to play 8 weeks due to a bunch of rib and wrist injuries finally caught up to him. Even though his season was cut short, he still finished as the 20th RB in fantasy thanks to some killer production in the first half of the season.

While it’s easy to look at the Green Bay backfield and say that Montgomery will just be a role player, I think it’s safe to say that he has the upside to be more than that for the Packers. He’s already got some chemistry with Aaron Rodgers, Aaron Jones is suspended for the first two games of the season, and even if he doesn’t get a majority of snaps in the backfield, he’ll likely get some playing time at the WR position, which immediately boosts his WR upside. For a back being taken in the 12th round, I really like the PPR upside that Montgomery brings to the table.

If there was one player that I think will be this year’s Todd Gurley, I’d put my money on Mixon (not that it’s an outlandish take, I think people have identified that Mixon is going to be a stud this year).

There’s a lot of reasons to be excited for Mixon this year, but I think it all has to do with what’s happening around him. First off, he’ll get another year under OC Bill Lazor, who awarded him lead role duties after his promotion in Week 3. Second, the whole Bengals offensive line will finally be healthy into the season, something that they weren’t in 2017, and it clearly showed in Mixon’s production. Finally, I think the Bengals offense as a whole will get better, opening up holes in the defense for Mixon to operate in. Dalton and Green should get back to normal, Eifert should produce now that he’s finally healthy, and I expect John Ross to take a huge step forward in Year 2. Mixon is a top-tier breakout candidate in his second year now that Jeremy Hill is out of the picture, and he should easily pay off his ADP in every format.

By the end of the season for the Baltimore Ravens backfield, it was the Alex Collins show, and rightly so. In the final 8 weeks of the regular season, Collins finished inside the Top-12 four times, and inside the Top-24 five times.

What started out as a crowded backfield at the start of Training Camp has now dwindled down to just only Collins, believe it or not. The coaching staff hasn’t given any confidence to Buck Allen, and Kenneth Dixon might not be on the Ravens at all at the start of the season. Collins is locked into the lead role in Baltimore, and carries some pretty big upside if he is able to do what he did last year in 8 games for a full season in 2018.

I’ve talked a lot about Lewis so I’ll keep it short here, but I love his situation this year. While a lot of people love them some Derrick Henry, and for good reason, the Titans didn’t pay Lewis 70 mil to be a role player in this offense. He’s going to get his carries and touches in a new-look Titans offense that plays to the strengths of both Lewis and Marcus Mariota. This is now a dynamic offense, and word has gotten out that both HC Mike Vrabel and OC Matt LaFleur will be planning around Lewis.

While I don’t necessarily hate Derrick Henry, I think Lewis’ skillset better matches up to what this offense should look like in less than a month, and comes in a great value in the later parts of the 6th round.

McCoy is the only true “bust” for me this year, because any other back that I don’t like comes with a pretty safe ADP price, so it isn’t too big of a risk if you get those backs in rounds 6+. However, I don’t have any interest in McCoy, especially not in the 3rd round.

Aside from the off-the-field allegations and the fact that he might not play a full 16 games if the lawsuits and investigations turn up anything, even if he does play a full 16 games, I don’t think he’s going to do anything productive. First off, he’s running behind one of the worst offensive lines in football, as they have some pretty gaping holes left by the departures of Cordy Glenn, Eric Wood, and Richie Incognito. In addition to all of these issues, he’s entering his Age-30 season with a lot of tread on his tires. I’d rather look at someone else in the 3rd round as my RB2/3.

Alright guys, that’s all of my time today, so thank you for reading! I’ll be back later in the week to round out this series with a look at the WR position. As always, if you have any questions or comments, don’t hesitate to leave one below!