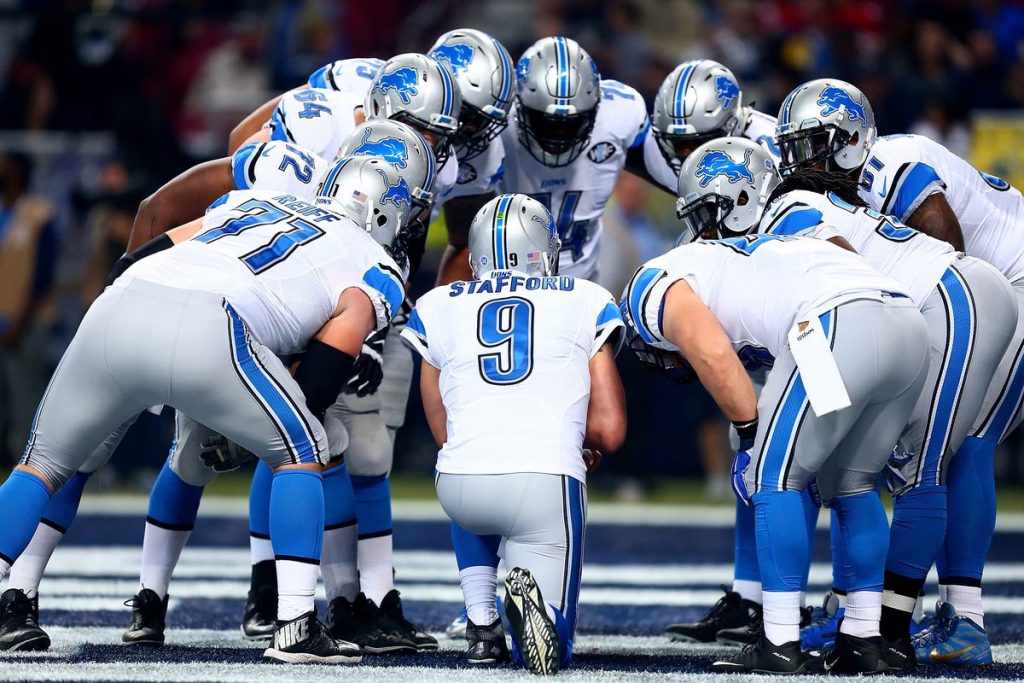 Hello everyone, and welcome to another installment of my player profile series, where are I take a look at a some NFL players and sort them into three categories: underrated, overrated, and sleepers. Today, let’s take a look at the leader of an offense who I think could be the biggest surprise offenses in the NFL, the Detroit Lions, and its leader, Matthew Stafford.

A lot of people wondered last year if he could still produce at a Top-12 clip without former WR Calvin Johnson, but he posted a pretty solid year, and finished as the 11th best QB when it was all said and done. He posted a 65.3% completion rate, with only a 1.7% INT-rate, a career-best. He started off pretty hot during the first 6 weeks of the season, scoring 14 of his 24 total touchdowns during that span. The eventual problem for Stafford was a combination of a pretty difficult 2nd-half schedule, and a dislocated finger in Week 14 didn’t help his production during those span of games.

Heading into 2017, there are some reasons to buy into Stafford for 2017. First off, he’s in a contract year, coming into the final year of his current deal. Playing for an extension always is motivating, and that could work in our favor. Secondly, the Lions beefed up their offensive line over the offseason, adding Ricky Wagner and T.J. Lang. I do have to mention that they still have lost Taylor Decker for 4-6 months (as of June), which is a problem, but if he can come back in full stride when he returns, their offensive line should be one of the best in the leagues.

Another reason why I’m interested in Stafford this reason is because I really see the chance of him being this year’s Matt Ryan. Much like Ryan in 2015, last year Stafford finished with 24 total touchdowns, which is way lower than in year’s past. Like Ryan last year, we can expect him to regress back to the average TD numbers he’s put up in recent years, and even if he didn’t injure himself and kept the same pace even last year through the first six games, we can project him to have 37 total touchdowns, which easily puts him into the Top-10. And I honestly do believe that Stafford can easily finish in the Top-10 this year, mostly because I’m pretty confident in his weapons this year.

After a really slow start to the season, Golden Tate really amped it up in the second half of the season, finishing with 74 catches for 943 yards and 4 TD’s from weeks 6-17. His outburst came in line with the injury and departure of Theo Riddick in the passing game, and with the disappearance of Marvin Jones as well (seriously, where the hell did Marvin Jones go?). Riddick and Jones should still be involved, but without veteran Anquan Boldin in the mix, Tate should resume his regular duties as WR1. Boldin leaves behind 148 total receptions, and if you don’t believe Jones will take a majority of these catches, you may need to check yourself into a mental hospital. As for Marvin Jones, I’m not confident he can replicate his success in the first half of 2016 into this year, although I don’t think he’ll quite disappear like he did as well. Let’s just hope he can emerge as a true NFL WR2 and take some of the targets left behind from Boldin.

I am also really starting to fall in love with Eric Ebron. In fact, my go-to strategy for selecting TE’s this year is to punt on the position and wait as long as I can, before snagging Ebron and/or Jack Doyle. He’s had some injury concerns in the past, only playing 13 games in ’16 but he is coming into 2017 fully healthy. What’s frustrating about Ebron is that he has had some issues finding the endzone, only scoring once last year. But with an incredible catch rate of 71.8%, the touchdowns have to regress back. Again, all of the pieces are there in place for Ebron to break out in 2017.

Matthew Stafford’s ADP currently is around 97th overall, which is a little bit high if I’m being completely honest, but that does mean he’s the 14th QB off the board. In 12-14 man leagues, he’s a very solid option as a QB1, and in 10-team leagues, I don’t mind him as a starter either, however I do think he’s great as a elite backup if you want him to be. He has the weapons and a healthy wrist heading into 2017, and the sky’s the limit for this sleeper QB.

Alright everyone, thank you for keeping me company as we continue to get through the dog days of summer and the start of Training Camp. But look on the bright side: only a few weeks until the Hall of Fame Game! I’m getting pretty excited over here…