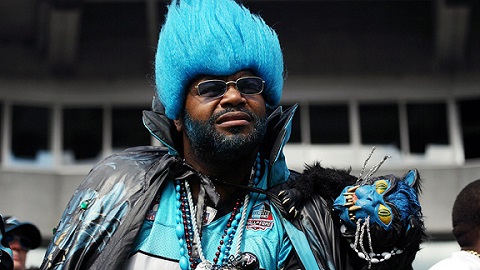 I honestly can’t tell you why the Steelers are getting the Sunday Night Football treatment, it’s like this is 2008 or something, especially on a day where there was a rematch of 48 (XXLLVXLIIIX32jlsg84dfg as the Romans called it). But we get to see Big Ben HARF HARF HARF his way through a game against Cam Netwon and his wonder ribs. Which makes me hungry for ribs. Much was said in the preseason about how Cam Newton’s receiver core was a downgrade. I believed the talk a little bit, seeing as how he didn’t have an eligible receiver join the team up until a few months ago. All kidding aside, I wouldn’t say that the receiver corps has downgraded too much, and Greg Olsen is still there to make my projections pee a little, so really, I would call Carolina an average to an above average NFL football team. Which means the Steelers should only lose by, like, four touchdowns…

Note: I’ll be shaking things up a bit, and doing a wine night with a shiraz via Yellow Tail. Two bottles of it, mind you.

A Steelers running back runs for more than 3 yards.

NBC promos one of their sh*tty shows.

If there is a Superman celebration.

Steelers – 20+ Antonio Brown fantasy points for the love of all that is holy.