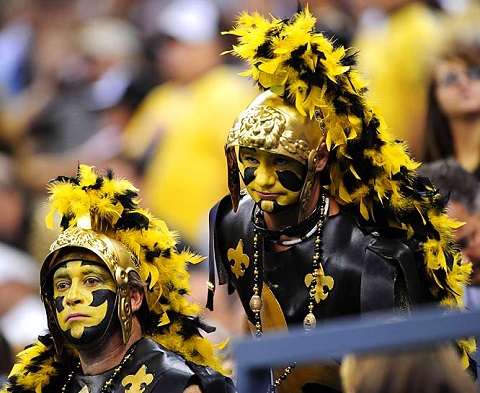 Who dat? More like what the f*ck is dat.

The Packers have seemingly been able to survive a slow start, winning four straight after starting 1-2. However, I feel like someone should tell them that they left Eddie Lacy behind. Or they just confused Jordy Nelson with him. Which would make sense, seeing as how all the yardage goes through him at this point. But if it’s any consolation for Lacy being left to his own machinations, it appears that the Saints are around the same area. So here Lacy, it’s an entire team to keep you company. Bressus has yet to rise, and yes, that’s the only religious metaphor I’ll throw out, because let’s be honest here, Drew Brees doesn’t deserve it at this moment. More like Breedus, amiright folks? (Okay, two. That’s it, I swear.) And with a limited Jimmy Graham, it appears that the Saints offense will depend on such play-makers as Marquee Colston and, um, err,… Travaris Cadet? Oh god, this is going to be bad, isn’t it…

Note: I’ll be doing Kona Brewing Company’s Longboard Lager for the beer portion, and Jameson for the shots portion.

Cris or Al say describe an Aaron Rodgers and Jordy Nelson anecdote or playcall that could totally be sexual.

There’s a fan in the shot holding a “Who Dat” sign.

You see Clay Matthews and think someone should just cut his hair.

There’s a Katrina or Bountygate mention.