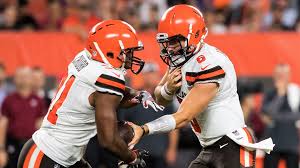 Hey everyone, and welcome back to another Start ‘Em, Sit ‘Em post! I hope everyone had a great and safe Thanksgiving, so let’s break down Week 12!

*Note* – My Week 12 Rankings can be found here, and be sure to check out Rudy’s projections for this week here!

While Wilson will be playing on the road, this game should be a high-scoring affair on both sides of the ball. Wilson will get to square off against a Panthers defense that has struggled as of late, giving up close to 26 fantasy points per game to opposing QB’s, and rank 25th in pass defense DVOA on the season. While the Seahawks have been establishing a run game as of late, Wilson should still produce in this game.

If you need a streaming option, Winston isn’t a horrible option this Sunday. While the INT’s are always a risk with Jameis, this is a beatable matchup for him at home. They’ve been giving up close to 20 fantasy points per game to opposing QB’s, and rank 21st in pass defense DVOA. The Niners are susceptible on the back end, and Winston has the weapons to make them count.

Mayfield has some incredible upside this week against Cincinnati on the road in the next town over. The Bengals defense is in absolute shambles right now, giving up close to 32 fantasy points per game to opposing QB’s. If you need Mayfield, he’s a very solid option this week.

While the matchup is good on paper, and Dalton has done well against the Browns in his career, he really needs A.J. Green in order to be effective in fantasy. It’s looking like this game could bode well for Joe Mixon on the ground due to the matchup, so I wouldn’t trust Dalton this week in lineups.

It’s a very tough matchup for Bortles on the road in Orchard Park, NY, as the Bills have only allowed close to 12 fantasy points per game to opposing QB’s, ranking 1st in pass defense DVOA. We can’t trust Bortles in our lineups this week.

I’m not expecting a lot from Mariota this Monday night against the Texans. In the past two games, he’s only averaged 120 passing yards, and only thrown a TD once. It’s a very tough matchup on paper this week, and it looks like he re-injured his wrist. We can’t trust him this week.

It’s a fantastic matchup for Nick Chubb this week on the road in Cincinnati. The Bengals have been torn up by opposing RB’s, as they have allowed close to 5.2 yards per carry and 3 rushing TD’s in the past 5 weeks. If you’ve got Chubb, he’s gotta find your starting lineup.

It’s a great matchup for Mack this week at home against the Miami Dolphins. The Fins have struggled greatly against the run, allowing opposing RB’s to run for more than 5.7 yards per carry, ranking 21st in rush defense DVOA. If you got Mack, attack!

It’s a great spot for Michel to get going against the Jets, as on average, opposing RB’s have totaled more than 120 yards on the ground, and 1 TD per game. Especially coming off of the bye, this Pats offense should get going on the ground and through the air after being embarrassed by the Titans two weeks ago.

While the matchup is certainly tough, the Cards giving up close to just 18 fantasy points per game to opposing RB’s, what is really troubling for Gordon is the fact that as of Friday, his status to play isn’t a lock. Obviously we should monitor any injury he might have, and his game status, but obviously I don’t feel great about the running back this week.

In the past 4 weeks, the Jags rush defense has been very stout, giving up only 17 fantasy points per games to opposing running backs, and no rushing TD’s during that span. With Josh Allen back, this Bills offense should play a little better overall, but I still don’t have any confidence in the veteran running back.

While it’s a decent matchup on paper, this game script could bode very poorly for Crowell if the Jets get down early. Regardless, he’s been very inconsistent as of late, and hasn’t played well enough for us to use him in our starting lineups.

Alshon had a great game against the Giants a few weeks back on Thursday Night, and I would expect a similar production line tomorrow afternoon. While the Giants have played well as of late, I would still expect their secondary to struggle against Wentz, as this is still a unit that ranks 27th on the year in pass defense DVOA.

While he’s been boom-or-bust these past 3 weeks or so, this is still a very good matchup against a depleted Eagles secondary. Shepard should draw some great matchups on the outside, so if you have him, you can start him with confidence. I’m doing the same in my main league.

If you need a “What the Heck” flex option (as it’s referred to in the industry), look no further than Samuel. He draws some very good upside in a beatable matchup against Seattle, a unit that has allowed close to 45 fantasy points to all opposing WR’s in the past 4 weeks. He caught 5 of 7 targets last week, and should be a prime target of Cam’s tomorrow afternoon.

Davis really disappointed last week, finishing with a 2/30 stat line on only 4 targets. Not only is Mariota banged up, which really hurts his stock, but he’s only averaged less than 7 fantasy points against them in the past two matchup. I can’t trust Davis this week.

While it’s a good matchup for Tate, due to all of the reasons I just spoke about, I can’t trust him this week like I can with Alshon. Tate hasn’t really clicked in this offense like we would have thought, and until he does, he can’t be in our lineups.

While his target share and snaps will always be a little up and down, it’s a great matchup against the Dolphins, who have given up close to 14 fantasy points per game to opposing TE’s. I’m expecting a major bounce-back game this week.

While he had a great game last week, Virgil Green is returning this Sunday, and it’s a tough matchup against the Cardinals. I’m not expecting too much this Sunday.

I’m expecting this Vikings offense to get rolling against the Packers, and Bailey should benefit from this.

With Josh McCown starting, I actually don’t mind streaming the Patriots this week in fantasy.

I’m expecting every part of this Titans offense to struggle, including the kicking game.

While they are at home, this Panthers defense hasn’t been playing well enough for us to use them in fantasy, and it’s not a great matchup either.

Alright guys, that is all my time for today. Good luck to everyone in Week 12, and I’ll be back on Wednesday for my Week 13 Rankings! As always, if you have a question or comment, don’t hesitate to leave one below!