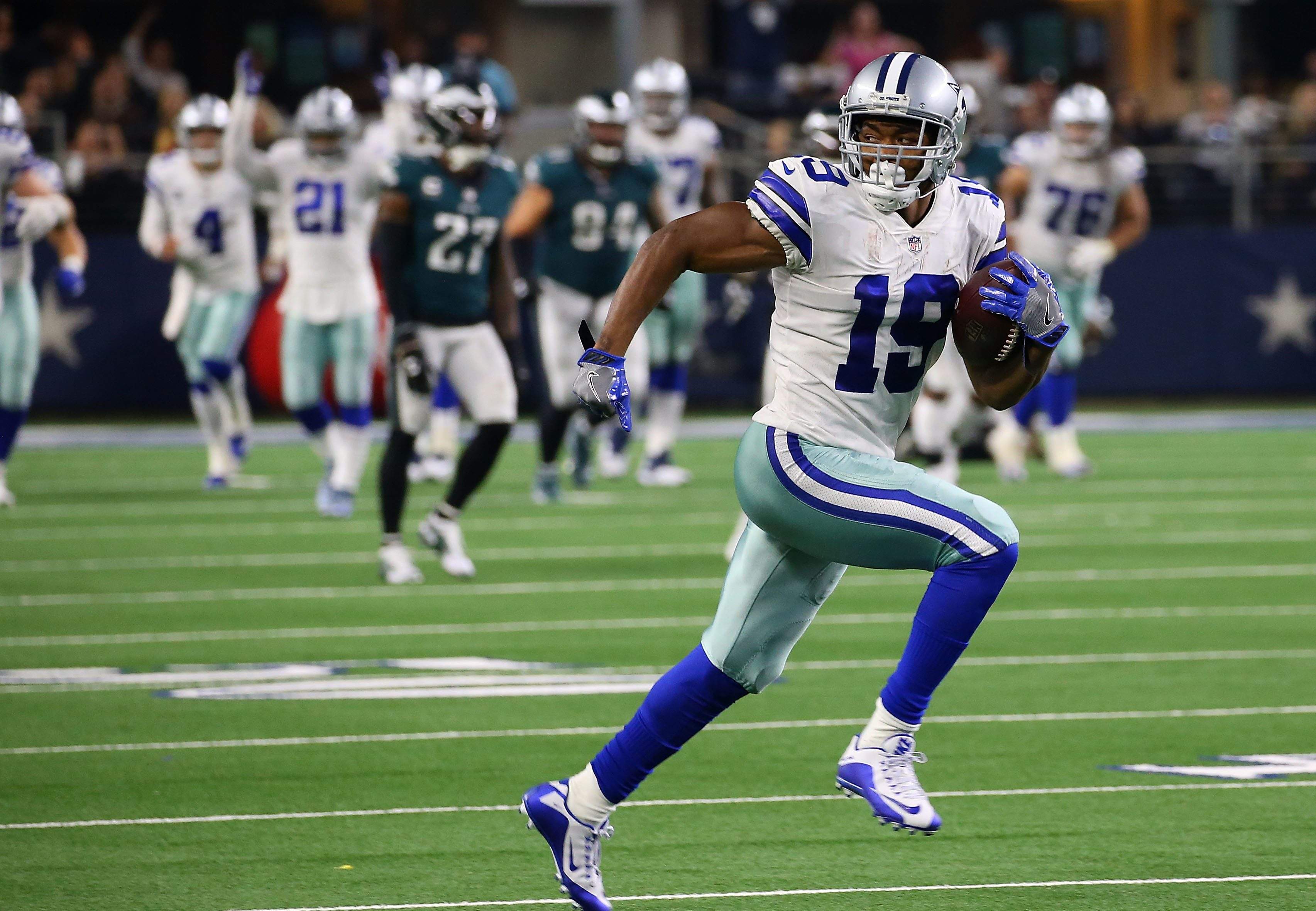 What’s going on everyone, and welcome to the final week of the fantasy season (for those of you smart enough to not have a Week 17)! If you care about this post, congratulations on making it into the championship! The hard work shouldn’t stop now though, so let’s break down this upcoming week and talk about some players you should put in your lineup, and some you probably shouldn’t.

*Note* – My Week 16 Rankings can be found here, and be sure to check out Rudy’s projections for this week here!

*Note* – I won’t be including the “studs” in any of my “Start” columns. You should always start Patrick Mahomes, Christian McCaffrey and Antonio Brown!

With Dalvin Cook fully back, and this Vikings offense having a more balanced attack with John DeFilippo out of the offense, Cousins looked really good against the Dolphins last week. This week they’ll face off against a Lions defense that hasn’t played too well this season, ranking 32nd in the NFL this year in pass defense DVOA. It’s a good week to have Cousins.

Mayfield has been on fire as off late, completing close to 70% of his passes for almost 9.0 yards per attempt. In his first revenge game against Cincy earlier in the year, Baker  dropped 258 passing yards and 4 TD’s, calling out Hue Jackson in the post game presser in the process. He’ll get another opportunity to torch them again at home. Mayfield is in a prime spot tomorrow.

While Goff has been in a major funk these past two weeks, I think this is a major bounceback spot for him on the road in Arizona. In their previous meeting in Week 2, Goff threw for 354 yards and a TD as the Rams completely shut them out. This week, he’ll get them at home, in a game where he might have to throw it more than usual if Todd Gurley doesn’t suit up. I like Goff a lot this week.

While the rushing performances of late have definitely increased his fantasy ceiling and floor, I don’t think that’s gonna save him this week against Dallas. Over the past 4 weeks, the Cowboys have only given up 17.4 fantasy points per game to opposing QB’s. Especially if DeSean Jackson doesn’t suit up, I don’t feel confident in Winston on the road in this matchup.

It’s a very tough test for Rivers against the Ravens, a defensive unit that ranks 2nd in pass defense DVOA on the year, and has only allowed 14 fantasy points per game to opposing QB’s. While Rivers has been a great fantasy option on the year, he is far from being a must-start, and if you have better options, I would use them.

While he was voted to the Pro Bowl, Rodgers is very tough to trust here. In the past 4 weeks, Rodgers has only averaged 17 fantasy points per game. While the matchup is halfway decent against the Jets, I don’t think he’s a must-start on the road, and there are certainly better matchups out there (I would start Mayfield, Goff and Cousins over Rodgers)

Derrick Henry (vs. WAS)

With 33 carries last week, Henry has now become a legit top-10 fantasy running back, and he’s in a great spot once again this week against the Redskins. Washington’s defense funnels offensive production through the ground, ranking 29th in rush defense DVOA. If you’ve got him, plug him in!

Last week, Williams turned 16 touches into almost 20 fantasy points in PPR scoring systems. With the injury to Aaron Jones, it’s Williams time in Green Bay, as he’ll likely be locked into at least 20 touches in this game, and is a solid bet to come through Sunday against the Jets.

Cohen’s snaps have jumped up to almost 65% last week, and it’s another solid matchup for him against the 49ers this week, as SF has given up close to 30 fantasy points to opposing RB’s, including more than 7 catches a game to opposing RB’s. If you got him, start him!

Due to the offensive line playing very poorly, and the less-than-ideal QB situation with Josh Johnson under center, I still can’t trust AD in our fantasy lineups for the fantasy championship. Tennessee’s run defense has been playing well as of late, shutting down Saquon last week to the tune of just 56 total yards and 0 TD’s. Can’t start him this week.

Last week I had high hopes for Dougy Fresh against Cincinnati, but he really failed, totalling 9 carries for 39 yards and 0 catches out of the backfield. This matchup won’t get any easier for Martin, as he’ll face off against a Broncos defense that hasn’t allowed a running back to score on the ground since Week 6. He can’t be trusted in lineups this week.

Despite a nagging ankle injury, Breida is expected to play in Week 16 at home against Chicago. While he did do well against Seattle in Week 15, he’s still not 100%, and it’s a horrible matchup for him against the Bears, who rank 1st in rush defense DVOA.

While he did disappoint us last week, this is a prime bounceback spot at home against the Bucs. Tampa Bay’s secondary has struggled throughout the whole year, ranking 29th in pass defense DVOA. It’s a must-win game for the Cowboys to continue to secure their playoff chances, and Cooper should be targeted heavily in this one.

While the Pats have been slipping up in recent weeks, Edelman has still been able to string together some impressive performances, posting 9/86/1 against Miami, and 7/90 against Pittsburgh. This week should be even better for Jules, especially now that his target share will likely increase with the sad news regarding Josh Gordon. It’s a must-win game for New England, and I do believe that this Pats offense should come out firing on all cylinders after two losses in a row.

He’s officially #back, catching 7 of 11 targets for 96 yards and 1 TD, and it seems like he’s now Darnold’s go-to receiver. It’s a good matchup for Anderson this week against the Packers, a defense that ranks 24th in pass defense DVOA, and 22nd in pass defense DVOA allowed to opposing #1 receivers. Robby is a very solid flex option this week.

Moore struggled greatly last week, only hauling in 2 catches for 12 yards on 3 total targets. He can’t be trusted in lineups with Cam out, and while the matchup is good against Atlanta at home, I can’t say you should put him in your lineups this week.

Shepard is having a very poor fantasy season, and it continued last week against Tennessee as he caught 2 of 9 targets. Even though OBJ is out, Shepard can’t be trusted in lineups against Indianapolis, a secondary that has played very well, and won’t let Shepard get loose tomorrow.

Godwin has been very up-and-down this entire year, and it continued last week as he didn’t catch a single ball last week. It doesn’t even matter whether or not DeSean Jackson plays or not, as it probably won’t lower or raise his fantasy floor/ceiling regardless.

While he definitely could have performed better last week in fantasy, he does have weekly chances to score, and I like his odds this week against the Broncos, who have given up 16.7 fantasy points per game to opposing TE’s in the past 4 weeks.

Caught 8 of 12 total targets last week, and with Odell out once again, he’ll get even more targets. It’s a good matchup as the one weakness in the Colts defense is their ability to cover TE’s, giving up 13 fantasy points per game over the past 4 weeks to the position.

It was a great matchup for him last week and he only saw 3 targets. You can’t trust him this week with that kind of inconsistency.

Kicked two FG’s and 5 XP’s last week against Miami, and this offense should continue to roll against Detroit tomorrow. He should get plenty of looks.

Their defense was quite impressive against Denver last Saturday, and now they should get another great matchup against a Bengals offense that has scored less than 21 fantasy points in 5 of the last 6 games.

With one game in the past four weeks with more than 5 fantasy points, we can’t trust him in fantasy lineups this week

While this defensive unit isn’t a total dumpster fire, this game should be a track meet, and we should stay away from both fantasy defenses.

Alright guys, that is all my time for today. Good luck to everyone in the Championship, and I’ll be back on Wednesday for my Week 17 Rankings! As always, if you have a question or comment, don’t hesitate to leave one below!

Standard scoring. Need help picking my WR3. Can you rank the following?

They’re all generally clustered in the same tier and feel like have varying degrees of boom/bust potential. I am currently the projected favorite, but going up against the #1 seed. And as they say: “Last game of the year, Brent, can’t hold back anything now!”

Appreciate your advice and Merry Christmas

@southside dom: Robby , Anderson, and Jarvis. Merry Christmas to you as well!

Need to find 2 RBs to start. Just picked up Alfred Blue. options are:

I could also start a third as a flex, but right now I’m thinking I’m better starting my three WRs:

@Drekkan: Jamaal and Sony Michel. Definitely go with the WRs

@Zach: I just wanted to say thanks. While it would’ve been a healthier win if I’d started Baldwin instead of Cooper, your advice to start Michel and Williams ended up being clutch. I was going into tonight’s game 40.5 points down, and after a brief bout of terror that KC would go for it instead of kicking a field goal, my faith was rewarded with 41.5 points to seal up the win.

But if I’d flipped in Blue instead of Michel I’d have been totally fucked. The night was terrible for my stress levels, probably worse for my opponent, but ends with the sweet sweet W (and capturing the championship from the bottom seed).

So again, thank you!

@Drekkan: Of course my man, happy to help! Congrats on the championship and a successful year! I’m glad Michel balled out the way he did.