Greetings! Again… ughhhhh, I’m exhausted after competing in a First Tee golf tournament yesterday, but the show must go on. I can hardly walk, for my body feels like I just performed at five straight bachelorette parties. Ahh, the grand old days. If only middle-aged woman still paid me to rub my bulging package in their frothing grills for a few hours of ego-boosting excitement. A slipped disc and an opportunity at Razzball took it all away from me, but I’ll never forget those special woman. They showed me the meaning of true joy. The meaning of real pleasure. Getting paid extra to boink a few of them was just an added bonus. And now, I bring that joy to a few of you, the JPP handful of you, who actually read my posts in full. YOU have given me a reason to live, and for that, I thank you. Sure, serving more cream pies than the Cheesecake Factory has it’s benefits, but giving the rod a break for a few years and dusting off my keyboard has done me a world of good.

Oh, it’s still football season? Here’s who I like in Week 3. I am Tehol Beddict and this is Start ‘Em/Sit ‘Em! Take Heed!

Cam Newton – Newton is back in my top-10 for the rest of the season, after showing me that the lack of talent he has at receiver can’t hold him down. Picture that Charmin-soft Saints’ defense…got it pictured? Cool, now imagine Cam-bam harpooning through it, time and time again, like a meth’d out Peter North, unable to stop until he’s entered the end zone on a great number of occasions. Panthers go to 3-0.

Thomas Rawls –  Marshawn Lynch is a game time decision, so you’re going to need to handcuff him with T-Rawls if you don’t want to get screwed in the late games. Rawls should have no trouble ABUSING this pathetically inept Chicago Bears defense. In fact, if Lynch misses the game or hardly plays, I’m predicting Rawls goes for over 100 yards with a tubber. DFS anyone? Sneaky play for dat big money. Pass the guac!

Devonta Freeman – With my man, Tevin Coleman, expected to miss this week’s game due to softness, short-stack is about to go HAM in PPR formats. Freeman is great at catching the ball and getting down field, and should complement that with 15-plus carries on Sunday. Dallas shockingly has the number one rushing defense thus far in the NFL, but I still like Freeman to have a solid outing.

A.J. Green – I’m as big a Jimmy Smith fan as there is, but you see where that got me last week with Amari Cooper treating him like roadkill. Gut call saying Green gets me two touchdowns this week, making up for two lackluster outings thus far. Time to earn that money, princess.

Brandon Marshall – With Decker either being banged up or possibly missing the game, Marshall should see an uptick in targets, continuing the soul crushing of Byron Maxwell. Oh, I almost forgot that Chris Ivory is likely going to miss the game, meaning there could be even more emphasis on the passing game. Could lead to 100 yards and multiple touchdowns. J.E.T.S. JETS, JETS, JETS!!!!

Jimmy Graham – Well, this is interesting; Jimmy “HATES” his role with the Seahawks thus far. It’s a tad early to be having b*tch fits, Jimmer! You had one bad game for the God’s sake! Take a chill pill, bruh. Anyway, I see no reason why Russell Wilson can’t shut him up (for at least a week) by force feeding him 80-plus yards and a TD or two. Again, this Bears defense is disgraceful.

Seattle Seahawks Defense – This could truly be a legendary fantasy performance from the Seahawks defense, unless the Bears are content on taking 3-and-outs all day and not taking shots down the field. With both Jay Cutler and Alshon Jeffery out, Seattle should make a feast of these infidel’s corpses, a feast the Elders will write songs about and sing for all eternity. 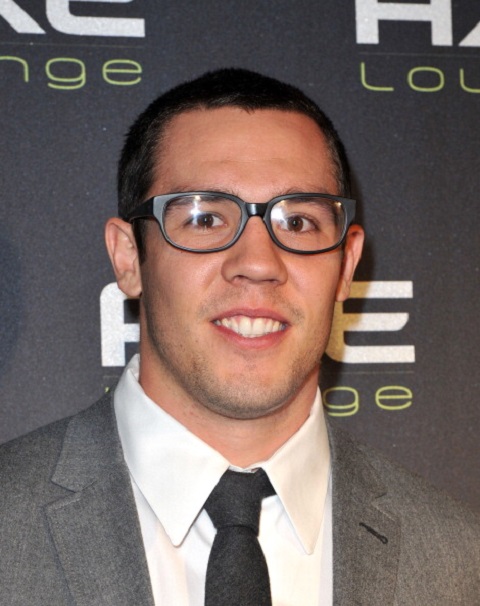 Sam Bradford – Get this weenie out of my sight. I’m still confused how there were reportedly MULTIPLE teams offering a 1st round pick for this pop tart. I even bought into the preseason hype and got on board with Bradford being an almost perfect fit for this offense. Truth is, the stank of Bradford’s ineptitude is fouler than a pod of beached whale corpses that have been rotting in the blazing sun for a couple weeks. Say one thing for Sam Bradford, he looks more like a college band member than an NFL player.

Teddy Bridgewater – The Chargers are 13th against the pass this year and I love both of their corners. The Vikings want to run the ball, and frankly, I’m just not as enamored with young Teddy as the rest of the nation. Adrian Peterson should see another 25 carries, so I don’t envision Bridgewater surpassing 230 yards passing. Bridgewater isn’t really fantasy relevant and he certainly shouldn’t be owned over a legend like Tyrod Taylor. Cust Kayin.

Chris Polk/Alfred Blue – Don’t. Just don’t. If you HAVE to pick one, go Polk. Or I could save you the trouble by swinging by your house and kicking you in the nuts before hand, since that’s the feeling you’ll end up with either way.

Chris Johnson – That Niners run defense is solid and David Johnson should be more involved from the jump this week, so it’s highly doubtful C.J. accomplishes anything memorable. He has that hairstyle for quite some time now, and in this day and age, with the countless fads and style changes, that has to mean something, right? Not really.

Brandin Cooks – Luke McCown is starting, and although he has that  commercial, he’s still a bunghole pizza when it comes down to it. Not to mention that Josh Norman will be sticking to Cooks like white on rice on a paper plate in a snowstorm. Stay away. It’s looking like Cooks went WAY to high in this year’s drafts, which makes me cry because 1) I’m super emo, and 2) Because I predicted he’d have a monster year and drafted him as such. Woe is me.

Travis Benjamin – Speaking of bungholes and McCown’s, here’s Joshy to the rescue, here to save Browns fans from ANY minute chance of joy and excitement. I guess Johnny Heisman leading his pathetic offense to a win over Mariota and the Titans and hitting Benjamin for two bombs wasn’t good enough for Ray Farmer and Mike Pettine. Fire everyone. Oh, and with Benjamin, we know what he is; and a consistent performer he will not be. Kudos to him for last week’s performance but you’ve got to be realistic about these things.

Defense- St. Louis Rams – After last week’s disgraceful performance, I’m sitting the Rams against one of the best offenses in the NFL, the Pittsburgh Steelers, who now have Le’Veon Bell back on the squad. By the way, I like Bell to come back immediately and suck the life out of Rams fans everywhere.