Another week is in the books and the numbers are setting like that dirty picture you took of your wife with the Polaroid.  Shake it, Shake it! and we’ll see what we have, oh, it’s a bunch of defensive stats! I thought we were going to get some Bernard Berrian Twitter action! Oh well, you’ll have to settle for some voluptuous matchups.

Here is what quarterbacks have to face this week: 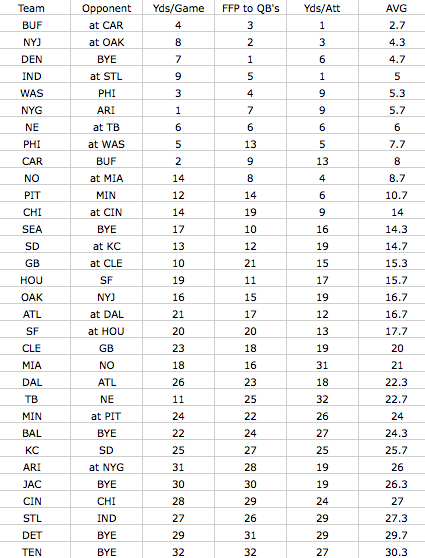 Now let’s take a look at the running backs and how they might fare: 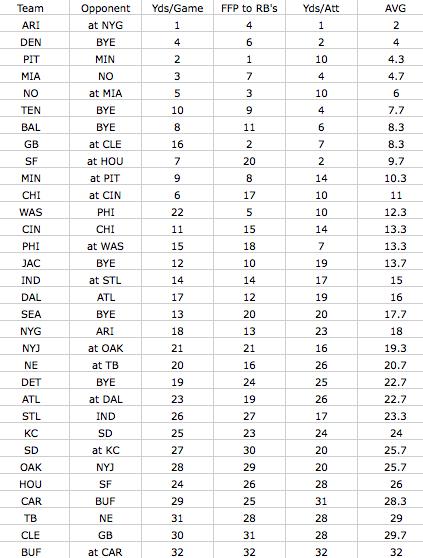