This conversation however did leave us with a burning question. Who is the most influential musician of the 90s? The answer is obvious. Trent Reznor. The brilliantly warped genius that combined music, lyrics, love, hate and angst to give us Nine Inch Nails. Reznor is a vocalist, multi-instrumentalist and innovator in the music industry. In 1997 he appeared in Time magazine’s list of most influential people and Spin magazine called him “the most vital artist in music”. Since then he has continued to dance of the edge of perfection and push the boundaries of sound. He is one on a short list of musicians to have won both a Grammy and an Oscar. Having attended 16 live Nine Inch Nails performances dating back to the Self Destruct Tour in 1994, I have been witness to the greatest musician of my generation. And while I realize that statement reeks of opinion, I stand behind it. In 1989 Pretty Hate Machine marked the beginning of an era of influence and creativity that would have a lasting effect on any that were privileged to experience his art. In Trent I trust.

The Nile is a river is Egypt. Denial is the act of declaring something to be untrue. The Knile is the very capable running back that plays behind Jamaal Charles. Not a great place to be if your goal is playing time. Last week, however, he managed to outshine Charles by scoring a touchdown on the ground and in the air. One thing has been made clear, if you think Davis is not the most valuable handcuff, you are in denial. Tell that to all of the Joseph Randall owners.

Who’s Harry Crumb? I mean Harry Douglas. He’s the guy that always seems to step up whenever Roddy White or Julio Jones can’t play. When one of them are out, he’s a solid fantasy play. When they’re both active, he’s not. With Jones out last week Douglas was targeted 14 times, catching 10 for 131 yards. Dems some good numbers. Too bad he couldn’t throw in a touchdown.

The Stats Machine would also like to give a shout out to Owen Daniels who caught 4 of 9 targets for 62 yards and a touchdown. Keep it goin’ Owen. 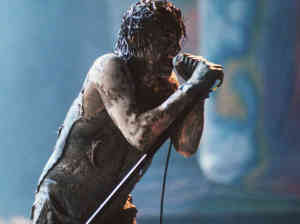 The Stats Machine is getting sick of talking about this guy. I’m also all out of witty things to say about him. I guess that’s what happens when he takes the honor 3 weeks in a row. Or maybe I’m just bitter that I don’t own him in any of my leagues. Last week he rushed 20 times for 47 yards and 2 touchdowns and added 5 receptions for another 72 yards in the air. But with one week still to go in most fantasy leagues, it’s not over yet. Like Rocky said to Tommy Gunn in Rocky V during their street fight “I didn’t hear no Bell“.

The Stats Machine has another shout out to make. This time it goes to Jeremy Hill who carried the ball 25 times for 148 yards and 2 touchdowns. This week he was King of the Hill. Or maybe it was Josh. I’m pretty sure the voice of the old guy in King of the Hill comes from that old dude that Beavis and Butthead used to torment.

Is this guy for real? He’s been incredible. Another guy I snoozed on after he made his debut in week 5 against Atlanta. Perhaps it was because he followed that game up with a stinker against Philadelphia, but either way I am still kicking myself. In a Van Damme kick the guy standing behind you kind of way. Odell racked up 12 catches on 15 targets for 143 yards and 3 freaking touchdowns. I wonder if he’s banging a spice girl. That old dirty bastard!

I’ve lived nearly my entire life in New Jersey. About 3 years ago I moved to Massachusetts for a job. Now I live 10 minutes from Gillette Stadium. Growing up a Giants fan I never really had any problem with the Patriots. Thank Trent my dad wasn’t a Jets (or Mets) fan. I feel bad for my friends who inherited that burden. But that’s besides the point. There’s a house around the corner from mine with a giant sign on their front lawn that reads “Honk for Gronk”. Well this week The Stats Machine beeps its horn. Gronkowski had 3 catches for 96 yards and a touchdown and has solidified his status as the best tight end in football. Fantasy and real.

Good luck to everyone that is going for a ring this week. And to the rest of you, I hope you’ve already switched over to the baseball side of business here at Razzball.

I wonder if there are any teams named The Pigs. And if so, after they win do they sing March of the Pigs? Doesn’t it make you feel better, the pigs have won tonight… 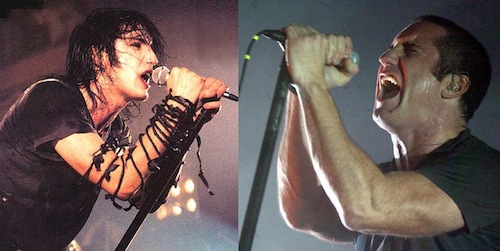