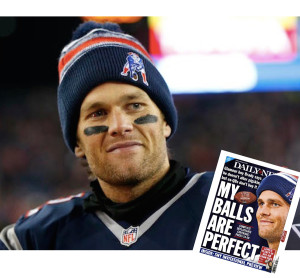 For Halloween this year I heard that many computers are masquerading as The Stats Machine. Just so there is no confusion, let me set the record straight and say that there is only one Stats Machine. It’s formula cannot be duplicated as it is only documented in the mind of its creator. Me. For the last seven weeks TSM has cranked out its interpretation of every players performance and reported to you who it believed were the cream of the crop. The upper crust if you will. The Stats Machine doesn’t care about how many fantasy points a player scores. Instead it looks at raw performance (stats). Opportunity (snaps and targets). And opposing defenses. After the first four weeks of the season I instructed TSM to spit out its YTD rankings. Let’s compare those rankings to the current YTD rankings as defined only by fantasy points. In simpler terms, let’s see how the players TSM ranked as the best are now doing based on fantasy points scored after seven weeks…

Note: These are PPR-based rankings

And now for this week’s results:

Tom Brady (Score: 107.85) – After 35 years of living in the NY/NJ area I moved my family to Franklin, MA. For those of you that have no idea where that it is, I’m exactly 8.7 miles from Gillette Stadium. As a life long NY sports team fan (Yankees, Giants and Islanders), one of the most difficult aspects of the move was the sports. The second was the pizza. Pizza up here sucks. Perhaps there are some good places in the city of Boston, but that’s about 40 minutes away. The Islanders are my team. I have been a fan since I was about 6 years old. But besides Pat LaFontaine’s goal in the 4th overtime back in 1987, they have given me very little to cheer about. I just missed the glory years. Yet I continue to wear my Mike Bossy (#22) jersey. I grew up in the 80’s. That is when I became a Yankees fans. The Yankees were not a good team in the 80’s, lest anyone say “of course you are a Yankees fan”. My favorite player is Big Dave Winfield. I have almost every baseball card made of Winfield in a Yankees and Padres uniform printed between 1974 and 1990. Even the ones printed on the back of the box of Drake’s Cakes Devil Dogs! As for football, I grew up a Giants fan. I never really cared much for the Jets. They were just there. Perhaps that is why it is so easy for me to root for the Patriots. I have a two year old daughter that is going to grow up here in New England and inevitably be surrounded by New England sports fans. She will never be a Red Sox fan, and as long as Brooklyn doesn’t destroy the Islanders, she will continue to wear her Tavares jersey. But I have to give in somewhere. And that somewhere is the Patriots. And who better to root for than Tom Brady. It also helps that he has been my “go to” fantasy quarterback for the past five seasons.

With that long, rambling preamble out of the way, let’s take a closer look at Tom. Speaking of Tom, what ever happened to MySpace. Remember that dude? Even ignoring last night’s spectacular performance, Brady is the league MVP. Last week he completed 34 passes for 355 yards and 2 touchdowns. He did this against the team allowing the least passing yards to opposing quarterbacks. Brady has a 16:1 touchdown to interception ratio and he’s averaging 297 yards and 2.6 touchdowns per game. Put him in the final Hunger Games movie as the man on fire!

Kirk Cousins (Score: 101.73) – I talked about Cousins in yesterday’s post. Instead of trying to recreate the wheel a day later, I will just plagiarize myself. “Captain Kirk made this list a few weeks ago (week 5) and here he is again. This time he threw the ball 40 times, completing 33 passes for 317 yards and 3 touchdowns. With a completion percentage of 82.5%, this was his best game of the season. But should owners consider adding him? I think his 9:8 touchdown to interception ratio answers that question.”

Danny Woodhead (Score: 48.85) – This guy is perhaps one of the most underrated players in fantasy football. In PPR leagues, he is a must own. He’s the kind of player Billy Beane would be all over considering his unique style for selecting players that contribute to wins and come with a low price tag. While I’ve seen the movie, I have been listening to the Moneyball audiobook the past two weeks and I’m loving it. Woodhead’s ADP was about 108. In 12-team leagues, that’s in the 9 or 10th round. Right now he has 102 fantasy points. Only Devonta Freeman (170) and Mark Ingram (111) have more. Danny had only 26 yards rushing on 5 carries. Pretty measly numbers. But it’s his pass catching abilities that make him so valuable. He also caught 11 of 12 targets for 75 more yards and a 2 touchdowns.

Lamar Miller (Score: 36.16) – It was Miller time last week in Miami. Even though he only played two quarters of last week’s contest, he still managed to produce 236 yards of total offense. On 14 carries he managed 175 yards and a touchdown. He caught all 3 passes thrown to him for 61 yards and another touchdown. I wonder what kind of numbers he could have put up had he played the entire game!

Charcandrick West (Score: 35.05) – Charc-nado alert! Now this is what I was hoping to see from West after taking over for the injured Jamaal Charles. This is why I spent half my FAAB budget on him. On 22 carries, West compiled 110 yards and a touchdown. Coming into this game the Steelers had only given up 1 rushing touchdown all season. West made it two. He also caught 2 of 5 targets for another 19 yards. If those numbers increase Charcandrick owners are going to be very happy campers. And by campers I mean fantasy owners.

T.Y. Hilton (Score: 49.98) – Last week Hilton had 4 receptions for 150 yards and 2 end zone parties. Those numbers alone are enough to satisfy even the most devious of fantasy owners. However, there’s another stat that catches my attention. While T.Y. had only 4 catches, he had 15 targets. Four of 15?! That’s a terrible reception rate. I didn’t see the game, so I am not sure if a lot of his targets were just uncatchable, but can you imagine if he caught just 4 or 5 of those uncaught targets. Hilton is averaging just over 10 targets per game. With targets come opportunity. He’s only got 3 touchdowns on the season, but perhaps that’s his parent’s fault for naming him T.Y. instead of T.D.

Nate Washington (Score: 48.3) – Once again I will steal a page from my own book and reprint what I said yesterday. “With 16 targets, only Julio Jones saw more passes thrown in his direction (17). Washington caught 9 of those targets for 127 yards and 2 scores. Outside of week 1 where he caught 6 passes for 105 yards he’s not worth much of a second look. Last week he was just a mediocre waiver wire guy having a good week. Next week he will be forgotten.” This performance came in a blowout against a Miami team that was in the lower third of teams in receiving yards given up per game.

Mike Evans (Score: 48.2) – Evans lead all receivers last week with 164 yards receiving. He also scored a touchdown. However, his week three game against the lowly Texans was his only other game in which he broke 100 yards. And at that, he had 17 targets in that game to get there. And by breaking 100 yards he got 101. I’m pretty glad I don’t own Evans anywhere. With an ADP of 29, his price tag has been nowhere near worth it. Instead of Evans I took Brandin Cooks. He has been just as frustrating. As luck would have it (not Andrew), I got a trade offer just yesterday of Cooks and Gore for Antonio Brown and Rashad Jennings. Even though Jennings is crap, I accepted that deal as if I had stole something.

Amari Cooper (Score: 30.62) – The cooper scooper picked up 5 receptions for 133 yards and a score. This coming against a Chargers defense that was only allowing 121.5 receiving yards per game to opposing receivers. That was second best in the league. On the season Cooper is averaging 8.3 targets, 5.5 receptions, 86.5 yards and half a touchdown per game. What the heck is half a touchdown? Three points? Sounds like a field goal to me. Is Cooper kicking field goals? I don’t think so. Let’s just say he is scoring a touchdown every other game.

Jordan Reed (Score: 50.6) – Extra, extra Reed all about it. Tight end for Redskins catches 11 of 13 targets for 72 yards and two scores. Instead of talking about Reed, let’s take a look at the Bucs defense. Coming into this game they had allowed the least yards per game (28.6) to opposing tight ends. Those same tight ends were also averaging just 0.2 touchdowns per game. Reed dropped a stat buster on them. In just five games he is averaging 9.4 targets, 7 receptions and 70 yards. He has 3 touchdowns in those five games. When he’s out there, he’s a must start.

For those of you that don’t follow me on Twitter, here are my picks of the week: