An interesting factoid that you may not be aware of is that since 2009, Al Michaels and Cris Collinsworth have called exactly half of all the Giants vs. Cowboys games. Which essentially means that if you’ve watched Sunday Night Football since 2009, you also watched exactly half of all the Giants vs. Cowboys games. What can I say? Sometimes math is very kind to me. Granted, this math probably applies equally to any Cowboys/Eagles, Ravens/Steelers, and Manning/Brady games, with a few Pats/Colts and Seahawks/49ers match-ups thrown in, so what I’m basically saying I guess is that NBC loves ratings and schedules their games accordingly. This incredible deduction by yours truly may or may not have been because I’m a fan of BBC’s Sherlock… but it certainly didn’t hurt.

5,789 – The amount of times news outlets have announced that Darren McFadden and Joseph Randle will be the lead back in tonight game.

1989 – Times that Jason Garrett has called an outside shovel pass on 3rd and long.

28 – The amount of juice boxes Eli Manning drinks per day.

If they show the jumbotron.

You see a Giants defensive player put up his hands in confusion. 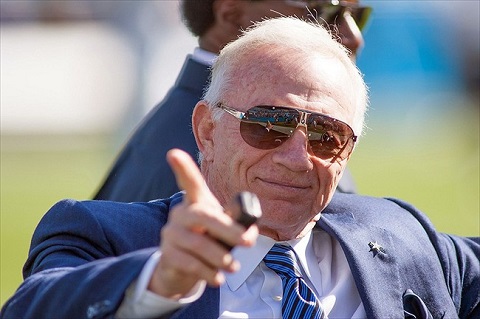