Real question, is this the first Sunday Night Football game of the week, or is this the second? True, I believe you could technically call the game a few days ago Thursday Night Football, because, you know, the game was on Thursday. But we didn’t get the “NFL/CBS” production, a combination that I still believe is the end of the world as we know it. Trust me, every time I see Phil Simms open his mouth at Jim Nantz’s bidding, tell me you don’t see visions of a huge asteroid hitting the earth… I sure do. Then again, you could probably consider it a blessing in that situation. Regardless, we got the NBC production crew, and I’m actually trying to recall how they addressed themselves on that day. I’m sure they called it Thursday Night Football, but I don’t really have any recollection. It could be because Cris Collinsworth causes me to go into a medically-induced coma whenever he starts talking about his loving relationship with offensive lineman. WE GET IT CRIS, YOU’RE IN LOVE. KISS ALREADY. But at this point, I think it’s safe to say that I was able to fill enough space in the lede without talking about the actual game, because honestly, there is no Tom Brady and Rob Gronkowski, and it’s at Arizona. I’m pretty sure I know how this going to go… 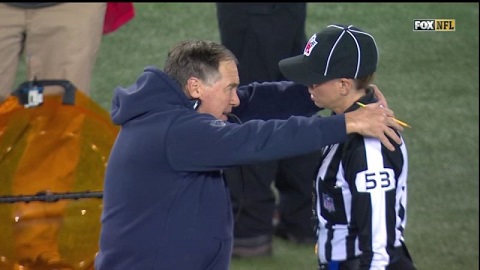 0 – The number of wins that the above number will reset to after tonight.

Tom Brady is mentioned in any context. (Take baby sips.)

You see a shameless ad for Timeless or any one of those redundant Chicago shows. CHICAGO TAXIDERMIST. CHICAGO DOG-CATCHER.

They show a time-lapse of Arizona Stadium retracting the grass field. 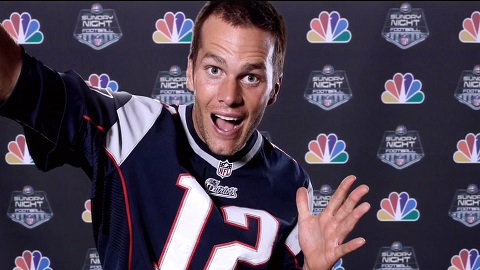 Patriots – 0 (BECAUSE WHY NOT PATRIOTS FANS. COME AT ME.)