The Panthers? In prime time? WEIRD. I had just assumed that any prime time game featuring an AFC South team would be a battle between the Saints and the Saints. Unless those Saints were going against the Falcons. (Note: This does not include Thursday Night Football, which airs the Texans more times per year than the amount of Texans fans total), but lo and behold, the Panthers, sitting at a surprising 5-0 record and holding sole-ownership of the previously mentioned NFC South (which you could normally do with a 2-4 record in past years), Carolina will be hosting the very-innovative-except-when-they-aren’t-innovative Philadelphia Eagles. After a rough start to the season, the Eagles have rebounded somewhat, not by their own accord mind you, they’ve only rebounded because the Cowboys best players died earlier in the season and Washington and the Giants are doing their best impressions of themselves. It could have something to do with trading everyone away twice and then putting Sam Bradford at your quarterback position, but I’m just an innovative writer. Not so much an innovative coach…

2003 – The only other year the Panthers started the season 5-0. They went to the Super Bowl that year.

55.4 – Cam Newton’s completion percentage, ranked 33 of 34 qualifying quarterbacks. There are 32 teams in the league…

334.2 – Average total yards of offense by the Panthers, ranked 28th in the league. 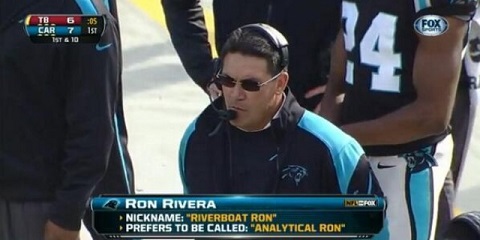 You see a Panthers’ defender confused (ex: waving arms around) at the Eagles offense.

You see a shameless plug for Blindspot or Heroes.

Sam Bradford over or under-throws a receiver, including his running backs. (Double sip if it bounces before reaching said receiver.)

Chip Kelly and “innovative” are mentioned in the same sentence.

You see a Superman celebration (either team).