My weekly goal is not only to inform you on critical RB pickups and injuries but to help equip you to win your league with my weekly strategy soap box. We are nearing the half way point of the fantasy football regular season and I have another nugget for you.

Stop gloating about your undefeated or one loss team, no one cares and it does not matter. Regular season win/loss records do not mean anything if you are chasing a championship. If your team is great now it does not gaurantee your team to be great come playoffs. Exhibit A: a league-mate of mine last season went 11-2 and did not win the championship. Mid-season, I suggested he should make a trade to help improve his team for the post season. He felt his team was too good and he did not need to make any changes. He exited the playoffs first round and we all got the last laugh.

Would you believe me if I told you that bye weeks are a positive thing in Fantasy Football? Yes, managing our waiver acquisitions and benches while we fill in for our players on bye can be a headache but there is a silver lining here (I’m on a roll with these movie references).

I have no clue who @pahowdy is but he just got a plug in my weekly handcuff report, good for him. The only thing I would add to this tweet is it applies just as much to season long leagues.

While your opposing owners are desperately trying to cover players on bye, valuable fantasy assets are popping on waivers for us savvy owners to scoop up. Let me know if you’ve heard this one before….one man’s trash in another man’s treasure. Well, this is your opportunity to pick up that trash.

Remember when you, Melvin Gordon and Alex Collins owners, missed out on Austin Ekeler and Javorius Allen because they were the hottest waiver add week 1-2. Well, in a number of my leagues I’ve noticed these early season waiver adds are starting to get dumped as owners scramble to fill in their byes. Comb through your leagues transaction history after each waiver period moving forward to see if you can find any treasure. Your goal is to build for your playoff run and ultimately your championship. Savvy moves like this can push you over the top. The probability of starters getting injured only increases as the season wears on and player usage piles up.

Now on to this weeks’ Bad Boyz report…

Does anyone else think the season is already going by too quick? Here we are at the top of Week 3 and depending on when your playoffs start we have 10 weeks left of regular season play. Still plenty of hours left for us to spend on our couches curing hangovers or putting a few back at the bar. Week 3 brings us a couple of new handcuffs to pay attention to and some repeat offenders.

I’ll spare you long blurbs about names I already wrote about but will give you quick hits on a couple previously mentioned that are still worth monitoring or rostering. 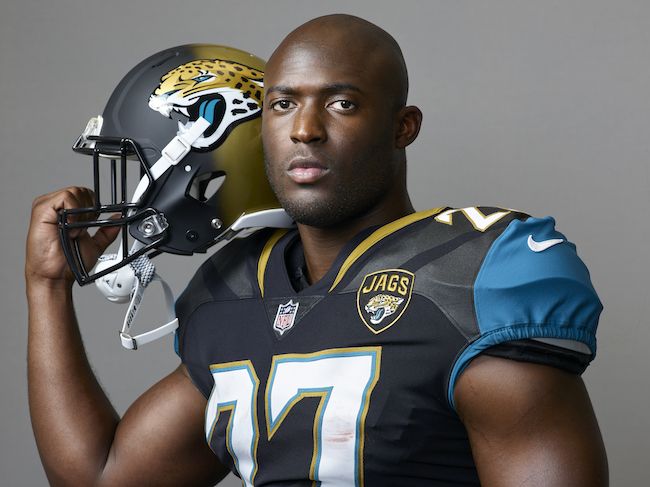 This piece of writing is going to hurt my soul and hurl my remaining brain cells right down a metaphorical volcano. Perhaps it’s the thin Colorado air at over 9,000 feet above altitude or the activities that are legal here, but I am starting to see myself drafting Leonard Fournette this season. If you read my preseason stuff or listened to the podcast last season, you know that I faded Fournette and made fun of his YPC and lack of production every week that the yards weren’t there. Every time he was listed as questionable or was ruled out Sunday Morning, I was thankful that it wasn’t my problem. The thing is there were not a lot of owners who were upset by the results when it was all said and done. He also looked like a pretty serviceable work horse in the playoffs. There were things to not like last year when it came to Fournette, but damn it, there is some promise for fantasy owners going into 2018.

The Eagles were on their bye week, so I took Sunday off from football this week. And by took Sunday off I mean I got up early to set my lineups and monitor the actives and inactives for FantasyPros, went to the movies with my wife around noon, and was back home by 3pm for the afternoon and evening games. That counts as taking the week off from football, right?

Two of the top four scoring running backs this week play for the Saints because it is that kind of year. Another one of them was Dion Lewis, one of the 14 running backs on the Patriots (depending on your scoring settings), who rushed for a touchdown and returned a kick for a touchdown. DeMarco Murray was the fourth guy on the list. Since I mentioned the other three, figured I might as well tell you who the other guy was.

Two other running backs making appearances in the upper tier of scorers in Week 10? Austin Ekeler and Corey Grant? Wut. Yup. Ekeler, who is the running back on the Chargers not named Melvin Gordon, rushed 10 times for 42 yards and added five catches for 77 yards and two touchdowns. Congrats to Ekeler’s mom, who finally cashed in on that FanDuel lineup that featured Austin Ekeler for like $1,800.

According to Google, Corey Grant is 25 years old, has the same birthday as my dog Young Money (different year), played college football at Auburn, and currently plays for the Jacksonville Jaguars. He also did this on Sunday: