I thought in this week’s lede I would further detail my general process for breaking down NFL games. There are a million different approaches, but to be successful everyone needs to find a method and refine it constantly. My process for breaking down games starts with taking the entire slate and checking the injury report prior to moving to line of scrimmage. This is where significant edges are found even in today’s game. I check pressure rates, adjusted line yard data, and articles pertaining to the big guys to find if there is a significant advantage terms of pass rush, or the ability to run the football. If there is an advantage at the line of scrimmage positively, we must ensure we are working in a game environment in which the coach that has the advantage will take the edge. Alternatively, if the edge is a negative, is the quarterback/coach intelligent and talented enough to beat it? The final step is to compare the current secondary using success rates, target rates, yards allowed per target, etc. versus the talent and scheme in the passing game. That information is again tied back to if the coach and quarterback are talented enough to take advantage. Essentially, what I provide to you are the most important notes found in breaking down the individual games and looking at players statistics for the entire seasons. Here are those edges for week 4. 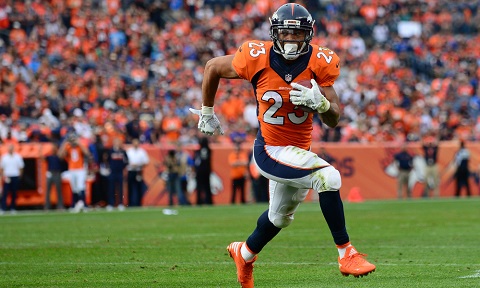 Greetings! Over these past few weeks I’ve often wondered: “Have they missed me since I’ve been gone?” Will my strongest supporters simply move on and attach themselves to any of the other talented Razzball writers, or will they mourn me by drinking and drugging themselves for the remainder of their miserable lives, slowly killing themselves in the memory of the Lord? What I can tell you is that I’ve spent the past couple weeks in the crater of Mt. Vesuvius, smoking mass quantities of peyote and drinking absinthe by the boatload, conversing with the Elder Gods about my future and what has been foreseen. The good news, you ask? My dream of my writing career surpassing my great many thong modeling accomplishments looks like a given, but the bad news, my goodmen, oh hohoho, you mustn’t never find out for only the scurviest of bottom feeders could possibly have the wherewithal to comprehend what I must do. They’ve rarely been wrong in their predictions for my life in the past. I mean, they did predict I would finish second overall in the FantasyPros rankings a few weeks back AND they informed me that some crazy hood rat would come out the woodwork, saying I owe her 500 dollars for blowing out the back of the gal watching her home while she was out of town. This gutter ferret had the gaul to threaten me on Facebook. ME! The Lord! My judgement shall be swift and merciless, and her destiny of bobbing for worm-infested apples, surrounded by diseased swine in the dank dungeon of House Beddict. Just because I put a dime piece in the perfect flex on her cheap ass bed certainly doesn’t mean that I broke and it certainly does not mean the Lord will throw some gold coins at her to shut her hole. Peasantry.