We are one week away from the playoffs and this is the time for people to clinch their spot. This week I have some streamers that will help you clinch a spot in your league’s playoffs.

Week 3 brought us some excitement around the league, and I expect Week 4 to be even better. We have some juicy matchups that I will look to exploit and give you all the best streamers for this week. With byes starting this week, streamers are going to start to be a huge part of the game. Let’s start with a couple of quarterback options.

David Moore (vs LAC): Moore enjoyed his third straight double-digit fantasy point game and third-straight game with a TD reception. He’s doing this on not a lot of receptions (average of 3 in his last 3 games,) but while Russell Wilson has his number he’s definitely worth picking up if he can continue building his chemistry with Wilson.

D.J. Moore (vs TB): Moore finished Sunday’s game against the Ravens first in receptions, yards and targets in their receiving game for 17 fantasy points. Ifb is really having shoulder issues he could continue to dump short and medium length passes to Moore. In week 8 his longest reception was only 33 yards and in the three weeks prior to that it was only 20 yards. Moore is going to benefit from Cam’s less.

While Donkey Teeth is off at his retreat, (which I like to envision as some kind of Legend of Zelda quest to save the princess and find his inner hero) B_Don brings in a guest co-host, Rob Davenport to profile the new Panthers WRs, Jarius Wright, Curtis Samuel, and D.J. Moore. The guys disagree on which of the three will become the #1 in Carolina, but are both in agreement that Devin Funchess is not long for the #1 WR designation. B_Don makes Rob uncomfortable with some Drew Brees talk in recognition of his record breaking performance, and maybe Tre’Quan Smith was just a little too wide open….

There is a recurring segment on my podcast, the A**hole of the Week. I encourage you to listen to the show for all the great information, but it’s really all about the a**hole of the week. So far we’ve had the referee who cost Michael Thomas and 80 yard touchdown, Petey Sunshine for toying with Chris Carson’s workload, Taylor Gabriel for running over a ball boy and standing over him, you get the picture. 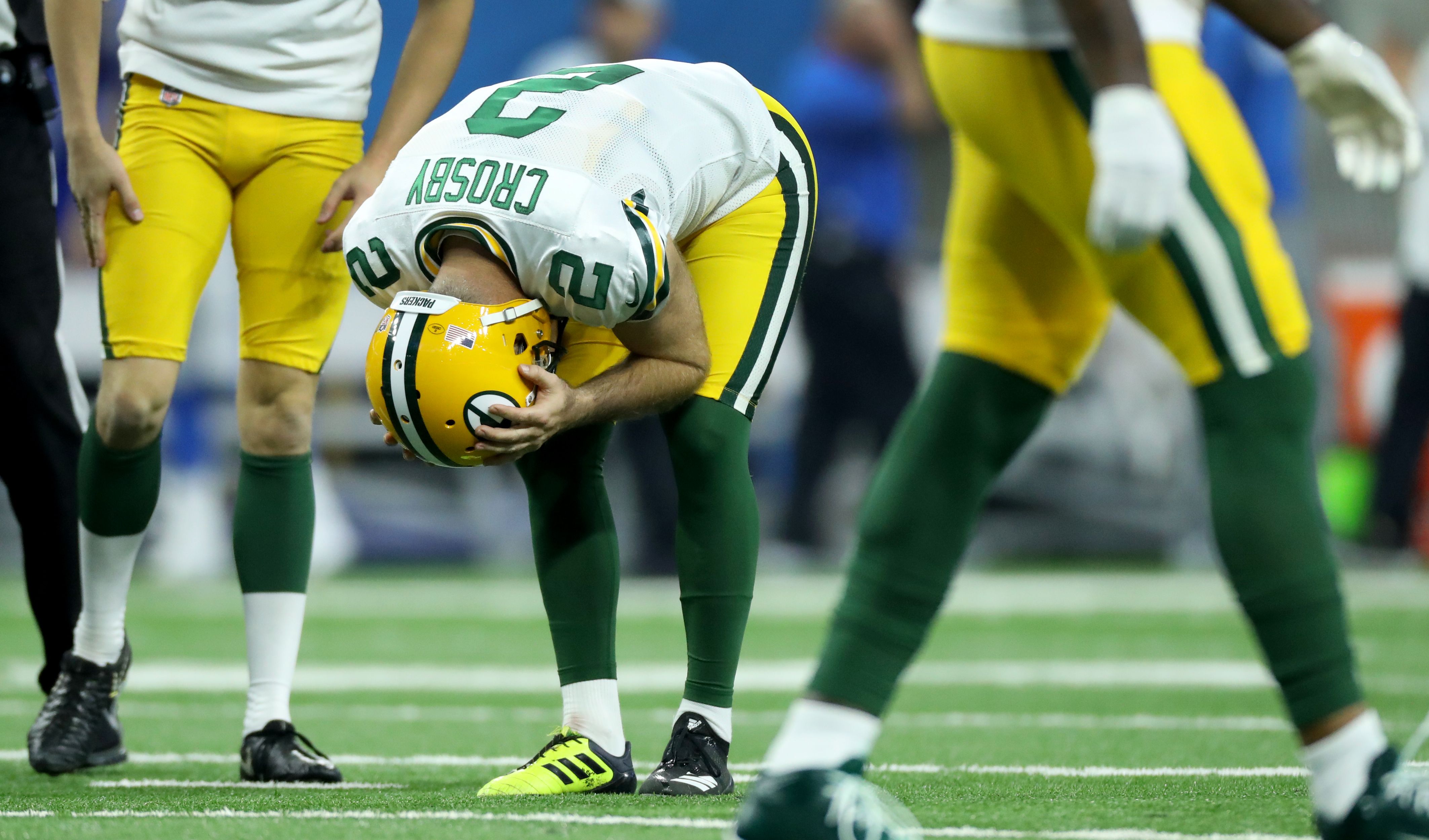 I’m sure some of you probably would have called for Mason Crosby last week, but seeing as I’m a Bears fan, I enjoy watching the Packers suffer. I’m interested to hear who you would’ve picked as your a**hole of the week from week 5, and keep your eye out in week 6. The first quarterback streaming option could likely have taken this honor a number of times, but he’s likely the most talented quarterback available in most 10 and 12 team leagues still. 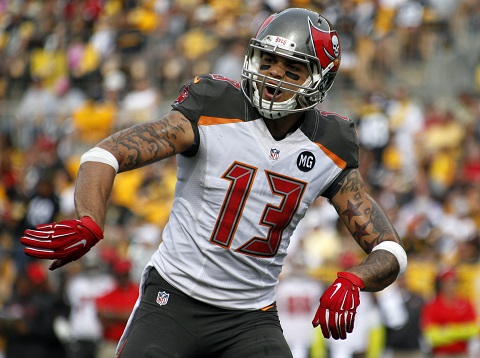 Ladies and Gentleman. Boys and Girls. It is almost Week 1 of the regular season, and I just cannot wait. Can you smell that? That smell of pigskin, the smell of 1,000+ calorie dishes? I have never been as ready as I am today. As I sat on my couch late Saturday night, watching my Wisconsin Badgers get taken to school by Alabama, I realized something. “Hey”, thought I. “Don’t you have an post to write about dealing with Week 1 DFS for Razzball?” Well yes, Zach, yes I do. So here I am. Seriously, I thought about something very interesting while watching ‘Bama-Wisconsin. Here is Wisconsin’s HB Corey Clement’s stat line on Saturday night.

Clement could not run the ball to save his life, and a result, it ended mine. The Alabama Defense was just too good, and as a result, Wisconsin had to throw the ball to stay in the game. Meanwhile, on the other side of the field, here is the stat line for Alabama HB Derrick Henry.

Depressing. The defense was so great, that all the Crimson Tide had to do was run the ball. They didn’t need to throw the ball a lot, because their defense was so excellent. They were always ahead. The same happens in the NFL. When a team is down by multiple scores, they don’t have time to run the ball. They throw, and they throw some more. And when a team is straight out dominant, they run the ball to kill clock. Let’s face it, there’s stuff to do after the game. This key stat is important when playing any type of fantasy, DFS or season-long. Eli Manning is a great fantasy quarterback, because their defense is so awful, they throw the ball to stay in the game, instead of giving it to Rashad Jennings, who last year, averaged 58 yards a game.

So this week, consider this: Picking a running back who won’t run the ball a ton, due to the team playing from behind, isn’t a smart move. Picking a RB who has a great defense (playing against a weak offense), is a very smart move. A move that could result in six-figure winnings…

Hi guys, my name is Zach, and I am going to be writing a post a week (except for this one), breaking down the best options per week for Daily Fantasy on Wednesdays for all of you out there that like to win that cash monies. But for now, let’s talk about why I’m here. I’m not very good at Daily Fantasy Baseball, so good thing that translates into being pretty good at Daily Fantasy Football. There’s apparently only room for one in my life… Regardless, I’ll be breaking down some strategy today, and how to approach Daily Fantasy Football. And the first topic we should cover, and most important thing regarding DFS NFL, is how it works…