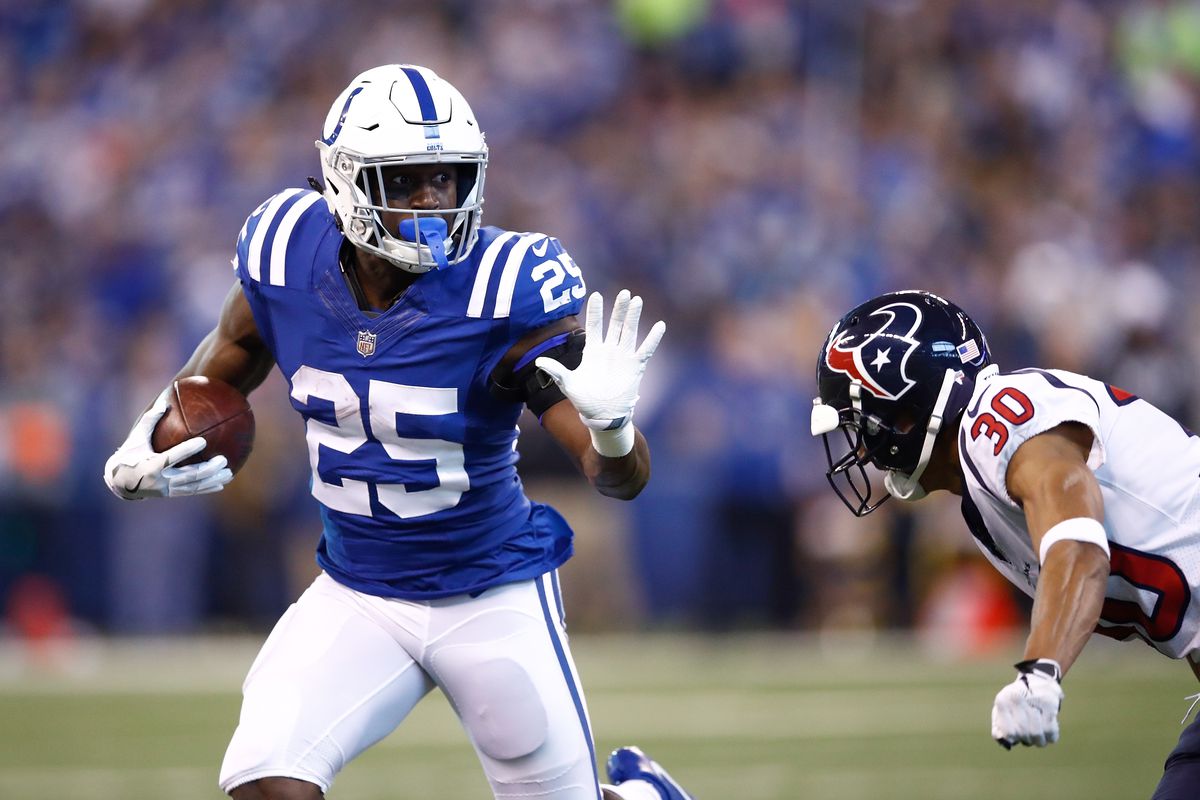 There are many advanced stats and metrics in which to judge running backs by. But which are the top metrics to help us separate the best from the rest? Or to uncover a diamond in the rough? Well, thanks to the great work over at Football Outsiders, we have three innovative stats to judge RB’s by: DVOA, DYAR and Success Rate.

DVOA, or Defense-adjusted Value Over Average, represents a player’s value per play, over an average running back in the same game situations. The more positive the DVOA rating, the better the performance. DYAR, or Defense-adjusted Yards Above Replacement, gives us the value of the performance on plays where the back caught/carried the ball compared to the average replacement level. And finally, Success Rate represents the player’s consistency, measured by successful running plays.

Using data from 2018, let’s take a look at some of the leaders in the NFL in rushing DVOA, DYAR and Success Rate, to help us isolate the backs we should be targeting in drafts.

It’s no surprise after last season’s success that Kamara finishes in the Top-4 in each category. In fact, Kamara also finishes 2nd and 7th in receiving DYAR and DVOA. I have no doubt that Kamara will be able to continue to perform at this level this season, especially with the departure of Mark Ingram. Even though the Saints added Latavius Murray, I do not think he’ll be taking away many touches from Kamara. Sean Payton won’t be using Murray like they used Ingram. Kamara is by no means a steal, but there is a serious argument to be made that he’s the most efficient running back in the NFL. He might have the best chance out of any running back in the league to finish with both 1,000 yards rushing and receiving.

After early-season injury woes, it didn’t seem like Mack would really bring it last season. However, once he got going, like the rest of the Colts as a team, he really got going. During the season, Mack had five games with at least 119 yards and a TD, and saw at least 10 carries in all but two games. While he didn’t have a prominent role in the passing game, it doesn’t shock me that he finished in the Top-10 of each of the three advanced stats we’re looking at today. He was very efficient last season, and I have no doubts he’ll be able to continue to produce behind a very solid O-Line. With a 3rd-round price tag, he doesn’t come as a bargain, but if you can get him as your RB2, you’ll be sitting very pretty with a very efficient runner.

All signs are pointing to a big season for Aaron Jones. Not only was he super efficient last season (in the games that he was healthy for), but the arrival of new HC Matt LaFleur seems to be a perfect match. He was also more active in the passing game later into the season, and if he can continue trending upward in that category, he’ll find even more success. Finishing in the Top-10 in the NFL in DYAR, DVOA and Success Rate just gives us a small glimpse into what Jones can offer if healthy over a 16-game stretch. Combine that with the PPR appeal of Jones getting a larger workload in a very efficient passing game when everyone is healthy, and it’s no surprise that he’s being drafted in the 3rd round. He’s a great back to target, and I don’t think he’ll have any issues surpassing Jamaal Williams and getting  the bulk of the work in this backfield.

Like the rest of the members on this list, Henry was very successful last year, and it shows in the advanced stats, finishing 2nd in the league among running backs in DYAR and DVOA, ranking 12th in success rate as well. However, unlike the rest of the guys on this list, I have my doubts about Henry. What you don’t see in these numbers above is that 55% of his 1,059 rushing yards came in the final 4 weeks of the regular season. Henry was by every means a fantasy winner for some, but only down the stretch. This raises some major questions for this year, all in regards of how the Titans will use him, and if Dion Lewis will enter the conversation once more. With a 4th round price tag, I’m not sure if I want my 2nd RB to be as inconsistent as Henry is.

While his numbers don’t exact pop off the page, the fact that Carson finished in the top 20 in each of these advanced metrics is a good thing to know heading into drafts. Heading into the season, Carson was expected to lose the lead back job to Rookie Rashaad Penny. However, that never really happened. Carson finished the season with 1,314 total yards, and 9 TD’s on 267 total touches. With Mike Davis (146 touches) now playing for the Chicago Bears, Carson might end up leading the Seahawks backfield once again. The training camp battle between him, Rashaad Penny, and C.J. Prosise will be one to monitor in late July and August.