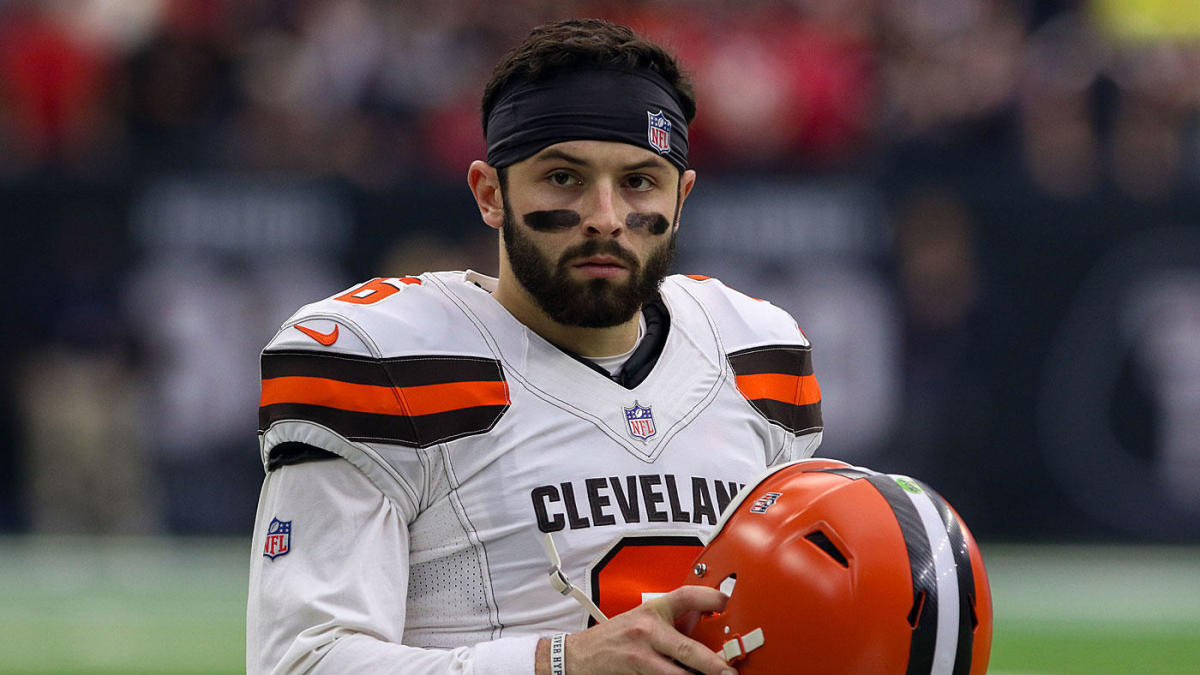 If you ask 100 fantasy analysts who they have as their #1 QB in fantasy, I’m sure 100/100 would tell you that it’s Patrick Mahomes. However, if you then ask them who their #2 QB in fantasy is, and you’ll get a variety of answers. Some will tell you it’ll be Andrew Luck. Some have Deshaun Watson. Some are going back to the Aaron Rodgers well. However, I’m here to tell you that we should be strongly considering Baker Mayfield as the QB2 in fantasy football this season.

Mayfield played his first ever game in Week 3 of the NFL season on TNF against the New York Jets, coming in to replace an injured Tyrod Taylor. With the Browns down 14-0, Mayfield went 17-23 and passed for 201 yards and won the game, 21-17, ending a 19-game losing streak.

In the weeks to come, Mayfield would solidify his starting role for the Browns, but something was still holding back this passing attacks. During the next four weeks, Mayfield threw for 1,471 yards, 8 TD’s and 6 INT’s, with a 78.9 QBR, 40% successful play rate, and averaged 16.5 fantasy points per game. The Browns offense as a whole struggled as well, ranking 24th in explosive pass rate, and 14th in explosive play rate. They would have some bursts of success every now and then, but something was missing. Something was holding back this offense.

That something turned out to be Hue Jackson, and in Week 9, not only was Hue fired, but Freddie Kitchens took over playcalling duties. And it got a whole lot better from there on out.

Once Freddie Kitchens took over playcalling duties starting in Week 9, the Browns immediately kicked it into sixth gear. Not only did Baker end up setting the rookie touchdown passing record, but 19 of his 27 total TD’s came after the change. Remember how I mentioned that Mayfield averaged 16.5 fpts per game during weeks 3-8? Well, after the coaching change, Mayfield averaged 23.25 fpts per game until the end of the year.

And it wasn’t just Mayfield that benefited from the change. From Week 9 until the end of the year, the Browns as a team ranked 3rd in explosive pass rate and 5th in overall explosive play rate.

They needed a change, and they got one, getting a new coaching staff that knew how to get the best out of the Browns offense, and the team itself. It’s the reason why Freddie Kitchens will be the Head Coach heading into the season.

It’d be one thing if Mayfield was just heading into this season with the same group of solid weapons in Jarvis Landry and David Njoku, and a full year of fantasy potential under Freddie Kitchens. However, the Browns didn’t get complacent over the offseason, and added Odell Beckham Jr. from the New York Giants. Now, Baker and the Browns will get an extra weapon and a top-five receiver in the league (when healthy), and it’ll make life a hell of a lot easier for everyone involved.

It’s a great fit too. When taking a look at Baker’s total pass frequency last year, we can see that 19% of his targets went to the “Deep Right” areas of the field. That number increases to 21% on both 1st and 3rd down. Then, when we take a look at directional receiving numbers for the Giants last year, the highest passer rating for Eli Manning came when he targeted Odell on the “Deep Right” areas of the field.

Another thing that stands out to me was Baker’s aDOT, or average depth-of-target while he was under center, which was a whopping 13.1 yards. When you factor in Odell’s aDOT last season, which he finished with a 12.3 aDOT, and pass frequency + target areas, it’s clear that Odell won’t have any issues connecting with Baker in 2019.

Baker is by no means a sleeper. Although, one could argue that he isn’t being as valued as he could be heading into 2019. I was shocked to see that in 10-team PPR leagues, he’s currently being drafted in the 7th round.

When drafting QB’s, the key is opportunity cost. You don’t want to spend too much on Quarterback if it means you’ll miss out on top-end receivers and backs. However, for most people, the 7th round is a perfect price tag to spend on a QB.

Mayfield brings a lot to the table in 2019. He’ll take a major step forward in Year 2 under Freddie Kitchens, a coach who brought out the best of him last year, and he’ll be adding one of the best receivers in the game to his arsenal. He’s got a serious case to be the QB2 in fantasy behind Patrick Mahomes.