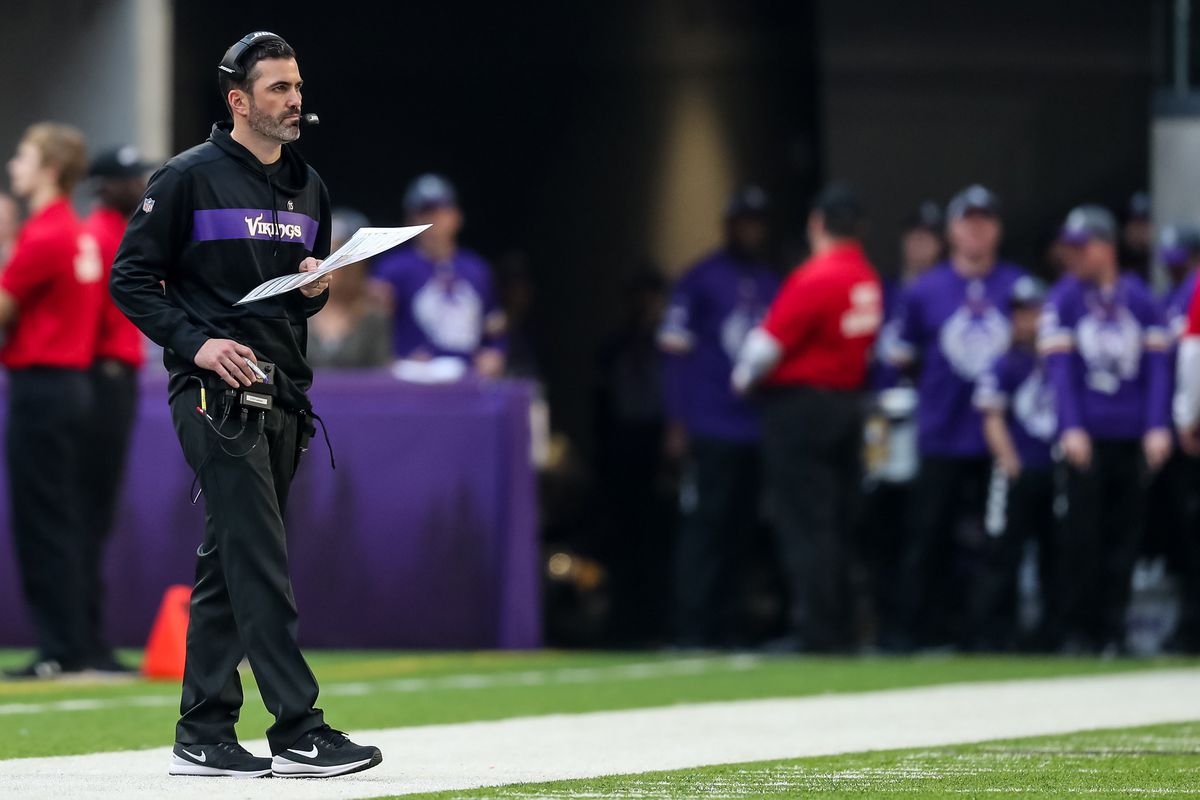 The 2018 off-season was an exciting one for Kirk Cousins. Not only did he earn the only fully guaranteed contract in NFL history, he also earned the highest paying contract in league history as well, a grand total of $84 million over three years. Expectations were high for Cousins in his first year for the Vikings, and unfortunately for him, it didn’t go very well. The Vikings failed to reach the playoffs for the second time in three seasons.

Heading into the 2019 season, a lot of pressure is on Cousins to help the team get back to the postseason. However, I don’t think Cousins is going to be the X-factor that everyone thinks he will be in determining whether or not this team sniffs the playoffs. I believe a lot of it has to do with how successful their offensive coordinator, Kevin Stefanski, will be in his first full year at the position.

Stefanski was named interim OC during weeks 15, 16 and 17, so while a 3-game sample size certainly is small, I believe that it will give us a sneak-peek on how the Vikings offense will operate in 2019, and what to expect from the biggest names in the offense, and in fantasy.

After John DeFilippo was fired during a Week 14 loss to the Seahakws, Stefanski was named interim OC and took over playcalling duties. While he only called plays during the last three weeks of the season, the Vikings were in the midst of a playoff push that went down to the final game of the season. The Vikings still wanted to be competitive, despite the change.

So what approach to the offense did Stefanski take? Well, it’s clear that he wanted to establish the run. During the final three weeks, the team’s pace slowed down by 6.4 plays per game, and had an almost-even run/pass split. They ran the ball 48% of the time, which was the 9th-highest rush rate in the league during that span.

Stefon Diggs’ volume also suffered under Stefanski. His targets dropped from 10.4 per game for his first 12 games to 7.7 targets per game for the final three weeks. In fact, he averaged almost as many receptions for the first 13 weeks, 7.3 per game, as he did targets in the final. While he did catch a TD in each game to save his fantasy stock, he only averaged 35 yards per game during that time.

While Cousins, Diggs and Thielen suffered a bit, we can’t say the same about Dalvin Cook. In his first 8 games of the season, Cook averaged 10.9 carries for 45.9 yards and 0 TD’s per game. However, under Stefanski, Cook averaged 18.0 touches for 103.5 yards and 0.75 TD’s per game. The resulting 16.5 points per game is more than what Joe Mixon scored as the #9 running back last season.

Obviously, a three-game sample size does not mean that we will be seeing these numbers perfectly stretched out between a 17-game season. However, it’s important to know that the Vikings offensive identity in 2019 might be one that is revolved around a strong rushing game to help compliment their strong defense. It’s a plan that has worked for some teams in the NFL.

When it comes to Kirk Cousins, I don’t see myself buying into him taking a big step forward in Year 2 in Minnesota, and finishing as a top-12 QB in fantasy, and therefore, I won’t be targeting him in drafts. I don’t think many people see him that way either.

As for Adam Thielen and Stefon Diggs, I don’t see myself actively targeting them due to where they fall in drafts, but it isn’t just because of the Vikings offensive outlook in 2019. I’d rather target guys like Keenan Allen, T.Y. Hilton, Amari Cooper and Julian Edelman in the same range that Diggs and Thielen are going, in the early 3rd round. Plus, these receivers won’t be featured in what is likely a run-heavy offense in 2019.

Finally, I do see myself targeting Dalvin Cook, if he falls to me in the range he’s currently going, in the late 2nd round. Yes, there is injury risk, as he hasn’t been able to play a full 16 games in his young NFL career, but we’ve seen flashes of serious upside as a runner, and this offensive system, along with a revamped O-Line will suit him perfectly in 2019. He has all the tools necessary to finish as an RB1 in fantasy.