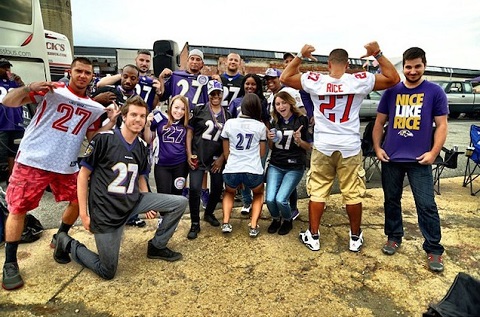 In what will be the official debut of “Don’t Give a Sh*t Era” Michael Vick, the 0-3 Ravens travel to Pittsburgh to see if their team is interested in a getting a win. Strangely enough, this was the first ever winless September for the Ravens. Unless you count in terms of public relations, then I would say, based on the picture above, that last season’s September winless record is still intact. The Steelers have their own set of issues with the aforementioned Michael Vick starting with Ben Roethlisberger suffering a MCL sprain last Sunday. While I’m sure still having Antonio Brown and Le’Veon Bell is nothing to scoff at, it’ll be interesting to see which Vick shows up tonight; will it be the “watch me earn salary I’m going to do nothing to justify” type of game or “I’m going to trigger my disability insurance” type of game. You’d think both would be similar performances, but then you’d be wrong. The game will probably come down to how productive Le’Veon Bell is, now his second official game coming off his suspension. Logic dictates that since Justin Forsett has been an absolute dumpster fire that the Ravens would not be familiar enough with the concept of a running game to be able to defend against it, but I guess we’ll see. On the bright side, the Ravens do have an elite quarterback…

5 – Number of years since Vick has been to a Pro Bowl.

20 – The number of receptions Antonio Brown has caught the last two home games against the Ravens, good for 261 yards and a touchdown.

The words “elite” and Joe Flacco are made in the same statement.

They show a Ravens or Steelers Super Bowl montage.

Joe Flacco bounces a pass to his receivers. Take a sip for each bounce.

Joe Flacco whiffs completely on a pass to his receivers. (Double-sip if you think it’s both a whiff and the football McNabb-bounced.)

The camera shows one of those super fat ladies swinging a terrible towel like it means something.

Vick turns over the ball.

Ravens – 14 (The amount of stabbings it takes Ray Lewis to get the middle of a Tootsie Pop.)