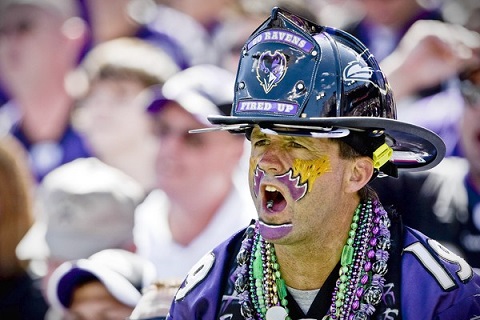 I have no idea what’s going on here, but what ever it is, probably needs more doctor.

Warning: This is a Ray Rice free zone. And as much as we’d like to adhere to this policy on Razzball tonight and in the future, you’d be crazy to think that the NFL Network will. And if ESPN and their mighty journalistic integrity are any indication of what we’re in store tonight, we’re f*cked. And what probably doesn’t take attention away from domestic violence is the fact that domestic abuse survivor, Rihanna, will be performing with Jay-Z (more like Jay-Y, amiright folks?) before the game. Well, to the NFL’s credit, at least they didn’t ask Chris Brown to perform… But, luckily for us, there’s actually going to be football going on between two franchises that really seem to dislike each other. So let’s bring in the football so we can forget everything else for a few hours. Well, okay, you’re right, with the commercials, it’s more like five hours.

Note: I’ll be doing Stella Artois for the beer portion, and Jameson for the shots portion.

Phil Simms says something that makes you want to punch him in the face.

Joe Flacco and “Elite” are mentioned in the same sentence.