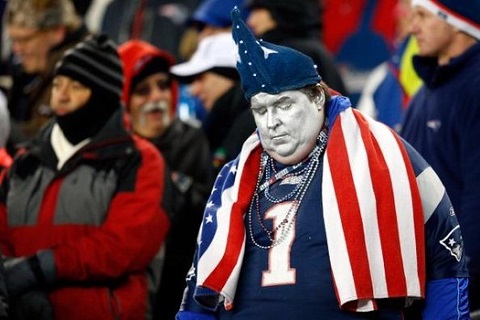 As Rex Ryan continues to countdown the weeks to unemployment, the Patriots must again try to overcome adversity with left guard Brian Winters and running back Steven Ridley suffering year-ending injuries. Though, sitting in the AFC East, I wouldn’t exactly call it “adversity”. Probably more of a handicap to make it more fair for the Jets, Bills, and Dolphins. The Patriots plan on going with the three-headed beast of mediocrity in Shane Vereen, Brandon Bolden, and James White. They all expect to share time, which pretty much assures that James Develin will probably have the best night. Boston just got a hard-on after reading that. I would normally say something about the Jets here, but if I start a sentence that begins with Geno Smith, I’ll be too depressed to carry on. But it is Thursday Night Football, so this game should be competitive. For about 45 seconds.

Phil Simms says something that makes you mute the television.

Someone says it’s not Brady’s fault, in any context.

Geno Smith passes for a first down.

Phil Simms responds to Jim Nantz with a “WELL JEEM”.

Chris Johnson does something good.

Bill Belichick does something that causes you to experience an emotion.

Michael Vick comes into the game.