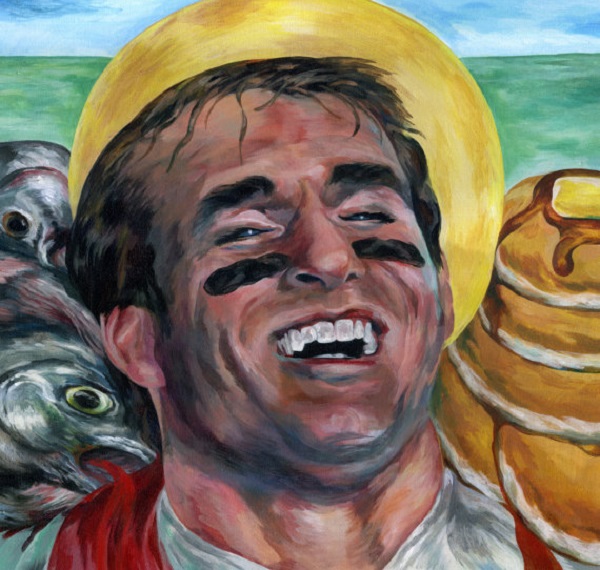 Welcome everyone to another Saturday in which we cover again some Razzball-certified picks and selections for Week 6 of the NFL season. Let’s cut the small talk and just jump right into it, shall we?

I like how much the projections like Brees. Coming off of his bye week, Brees has had some extra time to plan against the Lions defense, a secondary that is one week removed from a pretty bad performance against Carolina. This secondary still ranks out to be a good one, but individual against New Orleans, the Saints receivers have some pretty good individual one-on-one matchups, especially Michael Thomas against Darrius Slay.

Siemian draws a pretty good matchup against the struggling Giants, and it shows in the projections with a top 10 rank. The Giants rank 22nd against the pass, per Football Outsiders, with great individual matchups for the Broncos receivers, most notably with Demaryius Thomas and Emmanuel Sanders. Siemian is a very solid streaming option this week.

Brissett is another quality streaming option this week as he draws the Titans. Tennessee ranks 25th against the pass, per Football Outsiders, and Brissett has every opportunity to exploit this secondary, with T.Y. Hilton drawing a fantastic matchup against CB Adoree’ Jackson. Brissett may be a bit riskier than Siemian, but he may have the higher ceiling.

This is a bit interesting, and I’ll talk about it a bit below, but I think it’s too risky of a move to Roethlisberger. Something’s gotta give for this Steelers offense, and they’ll start to play better at some point, but I just can’t really see that happening for Roethlisberger himself. Sure, I think he could throw for a touchdown or two, but it wouldn’t surprise me if he has another outing like he did last week.

This is a bit interesting, and I did not expect for Ingram to be this high in the projections. Honestly, it isn’t the best of matchups against a Lions defense that ranks 5th against the run, but one could argue that he’ll have a crap-ton of production as Adrian Peterson is no longer in the picture. This could be a game where he is the featured runner on early downs, so you may have to start him regardless of a tough matchup.

I like Anderson a lot this week and I’m glad the projections like him as well as he draws a very good matchup against the Giants, who rank 28th against the run. Anderson is a must-start in your leagues this week.

Now here’s where I disagree with the projections, as I would have Kamara over Ingram. Over the past few weeks Kamara has been involved more in the running and passing game than his counterpart, and I think because this game is destined to be a shootout, I’m loving Kamara this week.

Crowell is pretty much droppable in every format. Whenever the Browns are up in a game and can dominate possession, Crowell gets his workload. But that’s the problem, the Browns are never up. And they won’t be up in this game either.

Now I really like Brown, especially in Daily Formats as his ownership should be low. Like I have said earlier in this article, something’s gotta give for this Steelers offense, and it wouldn’t surprise me if it came against the Chiefs, or at least for Brown and Bell. Especially for Brown, who will most likely face Terrance Mitchell, a very exploitable matchup.

Like I have said before, this is a great matchup for Hilton and the Colts offense against this suspect Titans secondary.

I like this matchup for Tate and the rest of the Lions offense as they’ll face off against the Saints in a game that is destined to be a high-scoring affair.

They’re trying to get Watkins the ball more in this offense, which is good news for Watkins’ stock ROS, but I’m not expecting it to happen this week against A.J. Bouye.

I like ASJ this week as a TE streamer against a Patriots defense that has given up nearly 17 fantasy points per game in the past four weeks, and should be active in this passing offense once again this week.

Now this is a bit peculiar. Cooks draws a matchup against a Chargers defense that has only given up 6 points per game in the last 4 weeks. So why is he #3 overall? Derek Carr is coming back, but regardless, I think you should probably find someone else.

This Houston team should be firing on all cylinders against the Browns, and Fairbairn should be at the center of it.

Tavecchio has only made 3 FG’s in the past 3 weeks, so I think you can find a better and consistent option.

The Broncos defense is always excellent, and now will get to face a struggling Giants defense without a lot of their offensive weapons.

This is a good Detroit unit, but I would be very hesistant to play them against this New Orleans offense.