One of the most compelling fantasy football draft strategies that has been rising in popularity in recent years is the Zero RB approach in which players wait until the sixth round or later to draft their first running back. The theory here is that the running back position is highly volatile and subject to more injuries than wide receivers and tight ends. For example, of the top ten running backs drafted last year, only Alvin Kamara, Dalvin Cook, Derrick Henry, Josh Jacobs, and Nick Chubb actually finished inside the top ten at the position (half-PPR scoring) – that’s just a 50% hit rate.

Christian McCaffrey, Saquon Barkley, and Joe Mixon suffered notable injuries, Ezekiel Elliott suffered from a weakened offense due to injuries around him, and Clyde Edwards-Helaire was not nearly as involved as a rookie as we expected. Meanwhile, David Montgomery, Jonathan Taylor, and Kareem Hunt were mid-round picks who finished in the top ten, Aaron Jones was the 14th running back off the board, and James Robinson was undrafted in just about every league.

Every season, there are breakthrough running backs who unexpectedly garner significant roles in their respective offenses that place them firmly on the radar in fantasy football. Those are the guys you’re looking to pick up for Zero RB builds. The following are some of my favorite candidates at the running back position for Zero RB who are being drafted in the sixth round or later in fantasy leagues.

However, did you know that you can bet on these players? FanDuel Arizona is coming, and not only will daily fantasy sports be arriving in Arizona, but sports betting as well. If you have a player that you’re high on you can find futures and prop bets with FanDuel Sportsbook. This is a great way to make a profit from your fantasy football knowledge.

Fantasy players have naturally avoided Patriots running backs as Bill Belichick rarely hands over the keys to the offense to one RB and it hurts weekly predictability in fantasy football. However, Harris is the rare New England talent who should garner a full-time role this season. After getting only 4 carries in his rookie year, Harris took 137 carries for 691 yards (5.0 YPC) and 2 touchdowns last season. His lack of pass-catching is still sort of an issue as James White is still on the roster and Cam Newton has a limited history of throwing to running backs. However, if Harris surpasses 200 carries and gets 25 catches, you could easily be looking at a top-15 RB in the sixth or seventh round.

Bill Belichick has been effusive in his praise of Harris saying “he’s worked as hard as anybody has in the offseason” and that he has been “impressed with the commitment that he has shown.” Sony Michel, a former first-round pick, has been derailed by injuries while James White is now 29 years old and clearly on the decline. There has been some buzz surrounding rookie Rhamondre Stevenson, but this is clearly Harris’s job to lose. I love hearing that he’s improving in all aspects of the game including pass-catching, pass protection, and rushing. Very few running backs available this late in the draft have the type of usage upside of Harris, and he’s one of my favorite mid-round targets at the position. 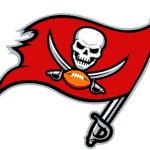 I’m lumping these two running backs together as I believe both Tampa Bay backs have legitimate value, especially in Zero RB builds. Leonard “Playoff Lenny” Fournette was the man for Tampa Bay down the stretch of the season, particularly in the playoffs where he had an average of 16 carries for 75 yards and 0.75 touchdowns as well as 4.5 catches for 37 yards and 0.25 touchdowns. That would be good for 21.7 half-PPR points per game – only Christian McCaffrey, Dalvin Cook, and Alvin Kamara scored more points per game. He’s not going to replicate those numbers in a crowded backfield, but it wouldn’t be shocking to see him have some huge games for fantasy football. He’s an especially great option in best ball leagues as you don’t have to bet ahead of time on who will have the hot hand in the offense.

Ronald Jones is the guy who I’m very excited about in this offense, however. He finished as the RB16 in total half-PPR points and the RB23 in points per game last season as he had some huge performances for Tampa Bay. He surpassed 10 half-PPR points in seven of his fourteen games and scored 13+ half-PPR points in four of the last five games of the season. Jones averaged 5.1 YPC and 16.7 opportunities per game. He’s also a better red-zone rusher as he has 10 touchdowns on 16 career attempts inside the five-yard line (a 63% touchdown rate) while Fournette has 20 touchdowns on 40 career attempts inside the five-yard line (a 50% rate). Giovani Bernard could eat into the passing game work for both of these players, but Jones only surpassed 2 receptions four times all last year anyways. He’s a big play waiting to happen and a perfect target as the potential touch leader out of the backfield for a Tom Brady offense. 0

It’s unclear if David Johnson wound up being the critical offensive piece the Texans expected to receive when they traded DeAndre Hopkins to the Cardinals. However, it is clear that he is still capable of carrying fantasy value as he finished as the RB15 in half-PPR points per game last season. Johnson ran for 691 yards and 6 touchdowns on 147 carries while catching 33 passes for 314 yards and 2 touchdowns.

There are some clear issues for David Johnson’s fantasy value this season. It would be a miracle for the Texans to have anything other than a bottom-three scoring offense and they also brought in additional competition at running back in Phillip Lindsay, Mark Ingram, and Rex Burkhead. Johnson is also now 29 years old. All that said, if he sees a similar workload to last year Johnson will finish as a low-end RB2 and he’s being drafted later than guys who aren’t even the top RB on their roster. David Johnson is far from exciting, but he’s capable of providing value for Zero RB rosters.

I’ve been very indecisive about Zack Moss, perhaps more so than any other mid-round running back, and I went as far as to collect some significant Devin Singletary shares in best ball earlier this offseason. I liked Zack Moss coming out of Utah but I was pretty unimpressed with him last season and I don’t think the Bills offense is capable of producing a starting-caliber fantasy running back with how involved Josh Allen is in the ground game and how Moss and Singletary siphon work from one another.

All that being said, there is considerable upside with Moss. Singletary has never been a very capable red-zone back and he only scored one touchdown on 8 carries inside the 10-yard line last season. Moss should continue to pick up more work in that respect and could see more volume as a pass-catcher this season as well. It all depends on value for Moss, and he’s currently being drafted ahead of some running backs who I prefer over him, but he has the upside to be a top-20 back and that’s exactly what you’re looking for in the mid-to-late rounds in a Zero RB draft.

Now that we know Aaron Rodgers will be the starting quarterback for the Green Bay Packers at least for this season, it’s time to lock in the fantasy value of Davante Adams and Aaron Jones. But what about A.J. Dillon? The second-year running back had a phenomenal SPARQ score in the 97th percentile, the best in his class, and he impressed on limited touches last year as he ran for 5.3 YPC and had 10.5 YPR. Dillon set school records at Boston College and is a force to be reckoned with at 6’1”, 247 lbs.

Jamaal Williams is no longer on the team and he leaves behind 119 carries, 12 of which were inside the 10-yard line, and 31 receptions. That’s a lot of work for Dillon to step into as the second-most talented rusher on the roster. Aaron Jones is no slouch in the red zone, but it wouldn’t be shocking to see “Quadzilla” take over a lot of that work this season, and there are a lot of opportunities in the passing game to go around with Williams out of the picture. Jamaal Williams had several flex-worthy games last season, and I expect a similar baseline for Dillon. If Aaron Jones were to miss any time with injury, Dillon would be a league-winning back as well. 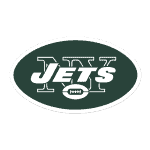 The Jets’ rookie running back started training camp taking snaps with the first-team offense and his upside for this season is considerable in relation to where he is currently being drafted. Carter may be a bit undersized at 5’8”, 201 lbs, but he ran for over 1,000 yards in each of his last two seasons at North Carolina including 156 carries for 1,245 yards (8.0 YPC) and 9 touchdowns in his senior year in college. Carter may have been just a fourth-round pick for New York, but he was the biggest investment the team made in the running back position this offseason.

The Jets’ offense isn’t the high-powered bunch to make you excited, but the departure of Adam Gase coupled with the additions of rookies Zach Wilson and Elijah Moore as well as veteran Corey Davis should give the offense a distinctly different look this season. New York has a strong offensive line with rookie Alijah Vera-Tucker joining the likes of Mekhi Becton and Morgan Moses. There aren’t really any running backs on the roster who can keep Carter from being the bell cow back for this team as Lamical Perine, Tevin Coleman, and Ty Johnson do little to inspire confidence. Carter could see 220+ touches rather easily this season and that gives him can’t miss upside at his current ADP.

The Ravens have the best rushing offense in the NFL between Lamar Jackson, a historically great rushing quarterback, and the fire-and-ice combination of J.K. Dobbins and Gus Edwards. Baltimore ranked first in the NFL in rushing attempts and yards last season. With Mark Ingram now completely out of the picture, it really is a two-headed monster in the backfield between Dobbins and Edwards, unless you’re one of the few remaining Justice Hill truthers.

Edwards finished as the RB35 in half-PPR scoring last season as he rushed 144 times for 723 yards and 6 touchdowns. He isn’t much of a pass-catcher – in fact, the Ravens throw to the running backs at one of the lowest rates in the NFL – but Edwards scored 10+ half-PPR points in 4 games and 7+ half-PPR points in 11 games. His upside is obviously capped with Jackson and Dobbins in the offense, but he’s being drafted almost in the range of clear handcuffs who will see significantly less involvement like Tony Pollard and Jamaal Williams. As part of arguably the best rushing offense in the NFL, Edwards can’t be overlooked as a late-round running back with tantalizing Zero RB upside.