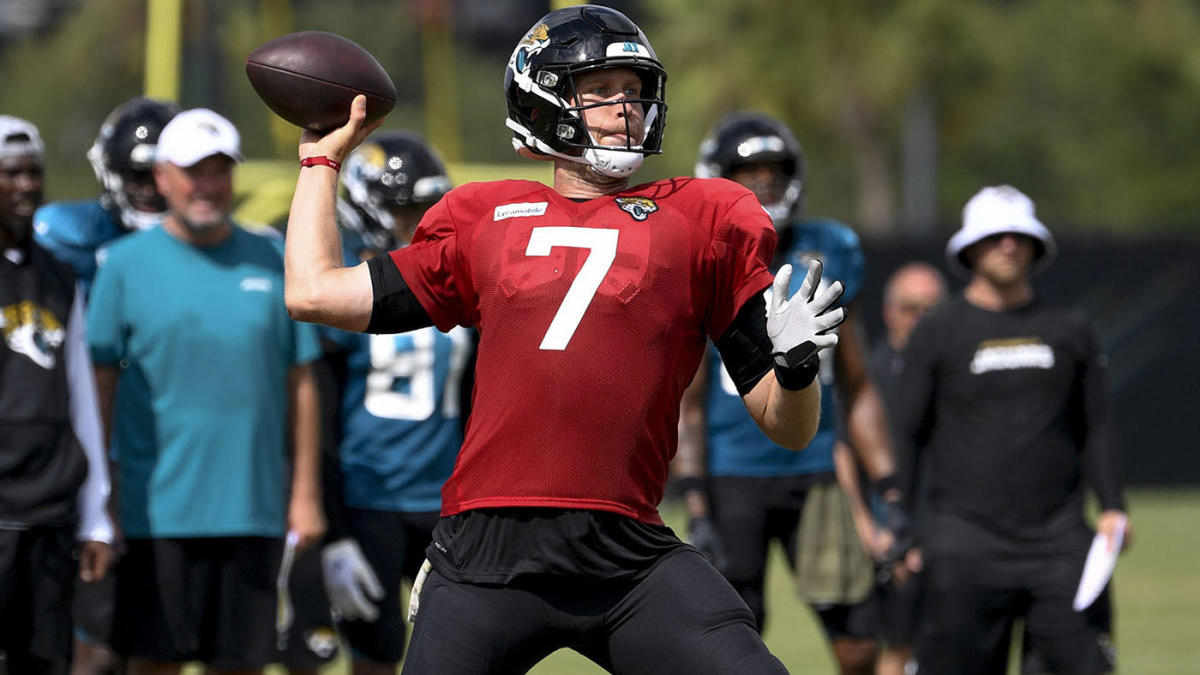 While many on this site, including myself, will advocate to waiting on draft day to select your starting/backup Quarterback, many fantasy owners out there will take a similar, yet different approach. Using different Strength-Of-Schedule metrics out there, many will identify some super-late round, or undrafted QB’s in hopes to stream the position for the first few weeks, until a starting QB is revealed. It led to some success last year, as Ryan Fitzpatrick was the 4th-best QB in fantasy during the first four weeks of the season.

Below, I’ve compiled a short list of a few candidates who are either selected in the last few rounds of the draft, or undrafted in 10-team leagues, and have very favorable schedules, in hopes to become a quality streaming option for the first few weeks of the 2019 season.

*Note* – All DVOA Data is Courtesy of Football Outsiders

*Note* – All ADP Data is courtesy of Fantasy Football Calculator, and corresponds with 10-team PPR leagues

At the beginning of the summer, the Jaguars aggressively pursued Foles as their top FA target, signing him for $88 million on a four-year deal. While the Jaguars will always be a run-first and run-heavy attack, Foles is a QB to take a look at if you’re going down the streaming path. Not only is the offensive line better this year, Foles should bring the best out of this receiving corps that isn’t as strong as his previous ones in Philadelphia, but should take a massive step forward with him under center. To start off the year, Foles and Co. will be at home against Kansas City (ranked 30th in total defense DVOA), then travel to Houston in Week 2 (ranked 23rd). Then, he has a great four-week stretch starting in Week 6 at home against New Orleans (22nd in pass defense DVOA), Week 7 at Cincinnati (ranked 25th), then at home against the Jets (18th) and the Texans (19th). If you’re streaming QB’s, Foles has to be at the top of the list thanks to his great schedule through the first 9 weeks of the season. He even has a great playoff schedule if both you and him get that far.

It was shaping up to be a great full season for Andrew Luck at the start of the summer, and while it still can be, we’ve learned in the past few days and weeks, that it doesn’t seem likely that Andrew Luck will be at full health for the start of the season. While there have been many different reports about Luck, the biggest news story, in my opinion, was when Head Coach Frank Reich on the 14th said that he wants to make a call on the team’s starting QB for Week 1 after the 3rd preseason game. NFL.com’s Mike Garofolo added that “unless Luck makes some miraculous recovery, we could be seeing Jacoby Brissett start Week 1”. We would not be hearing these things if Andrew Luck would be starting Week 1, so Jacoby Brissett comes into the conversation as a streaming option to start the year if Luck doesn’t start past Week 1 as well. Brissett steps into a very good offense with elite weapons and an elite O-Line. From Weeks 3-7, assuming he plays, he’ll get to tee off against Atlanta (29th in pass defense DVOA), Oakland (32nd), at Kansas City (12th, 30th in overall DVOA), and Houston (19th) after the bye. Luck might be back by then, but if he isn’t, Brissett is a great cheap streaming option to get exposure to what should be a very efficient offense this season.

While he’s certainly being drafted in 10-team leagues, and not the classic definition of a streaming option, Jackson has a fantastic strength of schedule, and can be a late-round lottery ticket for fantasy owners. In Weeks 1 and 3, he’ll get to face Miami (23rd in pass defense DVOA) and Kansas City (30th in overall DVOA). Then, after his bye in Week 8, he’ll get a great string of opponents in New England (31st in overall DVOA), Cincinnati (25th in pass defense DVOA) and Houston (19th). Thanks in part to his rushing ability, Jackson has a high floor and ceiling in fantasy this year, and with a 12th-round price tag, is a great late round/streaming QB to target in drafts.

Like Jackson, Josh Allen, or “The White Cam Newton” as some staff members like to call him, provides a nice floor and ceiling with his rushing abilities. While he’s definitely a high-end QB2 entering the season, he could instantly improve his stock thanks to a very favorable schedule to start the year. He opens the 2019 season on the Road at the Jets (18th in pass defense DVOA), then face off against the Giants (26th), and then Cincinnati (26th). Allen is a great streaming option with three great matchups to start the year.