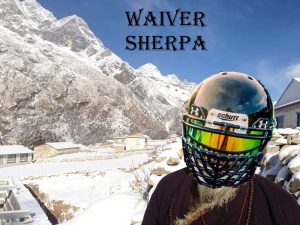 The sun rises over the majestic mountain range, illuminating the frost into countless diamonds. The air is crisp and clean and there is motion all around your tent. The energy is palpable and you take a deep breath, stepping into the cold morning. The warm scent of freshly brewed coffee drifts into your nostrils as I jam a loaded backpack in your gut and tell you you’re the last one up. “Breakfast is over, make sure you wear double socks” I say, strapping a ladder to a sleeping bag.

Don’t worry, this is how week 1 feels for most of us. All the anticipation, planning, and training doesn’t mean a thing once you head out on the trail. Week 1 was full of rookie WRs making a statement despite limited preseason buzz. Conversely, exciting rookie running backs flopped and split time, leaving managers rattled as we look forward to week 2. There was expected carnage, although congrats to the half of you that walked away 1-0.

The journey has just begun and the name of the game is adjustments. Each week, I will list intriguing players owned in no more than 30% of leagues per ESPN. For a primer on additional roster management and waiver wire principals read this. At the end I will also point out some players that can be safely dropped for a better option.

Priority will be classified in 4 ways:

HIGH – immediate starter on most teams and trade bait at worst; be aggressive!

MEDIUM – probable FLEX-level starter right now; add if you have need at the position.

LOW – still a lottery ticket, but showing signs of growth; add if you have bench room.

FREE – likely can add post-waivers without using FAAB or priority if your league allows.

Players with “PPR+” designation mean they will be extra useful in formats that reward receptions.

Snap rates courtesy of Jared Smola (@SmolaDS) who was tweeting them out all Monday morning!

Players set to inherit a bigger role due to injury

Gardner Minshew II, JAX (priority LOW) – Despite not having a remarkable preseason, Minshew earned the backup job this summer. With Foles suffering a broken collarbone,  Minshew is worth adding in formats where you will start 2QBs. Thrust into action, he looked very comfortable off the bench going 22-25 for 275 yards and 2 scores with a pick. The Jags will continue to throw under DeFilippo making him a QB3 type add where appropriate.

Gio Bernard, CIN (priority HIGH pending Joe Mixon news) – We know what Gio can do when given an opportunity. Over the past 2 seasons, in the 7 games he’s been given at least 10 carries, Bernard has finished no lower than RB25 with 3 top 10 finishes. Early reports say Mixon has an ankle injury, and is “day to day” as of Monday afternoon. Gio is an easy high end RB2 if Mixon is out. This is a fluid situation, so follow the news and make your bid accordingly at your waiver deadline.

Raheem Mostert, SF (priority MEDIUM) – With Tevin Coleman quickly ruled out after sustaining an ankle injury, Mostert messed around and led the team in rushing. When called upon he was very good last year averaging 7.7 yards per carry. He’s a tremendous athlete with a 4.4 forty and a 96th percentile burst score, making him an interesting prospect. Coleman was in a walking boot post-game and will probably miss time. Expect the 49ers to continue with a 50/50 timeshare at RB and Mostert slides into whatever RB2/3 expectations you had for the departed Coleman.

Adrian Peterson, WAS (priority LOW) – With Derrius Guice’s non-ACL knee barking, Peterson slides into the role he had for the 2018 ‘Skins. We’ve seen this before, as last year AP was an RB3 in a bad offense. Add if you have a need.

Mecole Hardman, KC (priority LOW) – The box score won’t show it but Hardman logged the second most WR snaps for the Chiefs at 78%. With Tyreek Hill out multiple weeks, Hardman has a chance to fill the role left behind.  This would be an add on faith that matching skillsets will lead to production in the Chiefs’ elite offense. Hardman still won’t be higher than 3rd in the pecking order, but 4-5 targets in that offense is worth an upside WR3/4 on your roster.

Parris Campbell and Deon Cain, IND (priority FREE)  – Devin Funchess will be out indefinitely with a broken collarbone which means there are WR snaps to be had in Indy. Both Campbell (29% of snaps) and Cain (17%) played sparingly in week 1, however Campbell is a 2nd round rookie and Cain has flashed in both his professional preseasons. It is possible Eric Ebron fills whatever role Funchess was playing but if you have bench room, add one of these exciting WRs while no one’s looking.

Vernon Davis, WAS (priority FREE) – Sherpa just doing due diligence here, as the Frank Gore of TEs saw 7 targets ending with a 4-59-1 line. He still has the juice and is a fine streamer as long as Jordan Reed remains out.

High calorie options to grab for a boost

Andy Dalton, CIN (priority LOW/FREE) – The Red Rifle had himself a day in a difficult matchup on the road against Seattle. He threw for a whopping 418 yards and 2 scores as the Bengals nearly pulled off a shocking upset. There is reason to hope for a new dawn with Dalton, as a coaching and scheme change may unlock some fireworks for Cincinnati. The next few matchups are not too imposing either: SF, @BUF, @PIT, and ARI. He should already be rostered in 2QB leagues but he’s even worth a peek as a single QB streamer.

Chris Thompson, WAS (priority MEDIUM, PPR+) – Thompson was basically forgotten coming off another injury plagued season in 2018, but showed why he should be considered on Sunday. CT led his team with 10 targets for 68 scoreless yards and this Washington team will be trailing frequently. He’s a PPR FLEX play until the inevitable injury befalls him.

Malcolm Brown, LAR (priority MEDIUM/LOW) – If you had listened to the Sherpa before this week you’d already have Brown on your bench. He split time with Gurley, but got used near the goal-line and managed 11 carries for 53 yards and 2 scores. He was leading the backfield until Gurley entered as the closer in the 4th quarter. TG3 did play 70% of the snaps but finished with 14 carries for 97 yards and one target.

Here’s the deal: we are probably not going to know what the Rams will do in a given week, but I don’t think Gurley will play all 16 games. As it stands, he’s worth rostering as a FLEX-worthy matchup play, like home games where Rams are large favorites. You also want to have Brown for when Gurley inevitably gets a rest week. That being said, I wouldn’t break the bank for a 30% timeshare RB and after 2 TDs people will overpay.

Ronald Jones, TB (priority LOW) – Any running back making week 1 noise is worth a mention, although RoJo is still part of an ugly committee and won’t see much pass game work. On the bright side, the former 2nd round pick looked like he has adjusted to NFL speed, going 13-75 and he even caught a pass for 18 yards! If he can leave Peyton Barber in his dust, Jones is a RB2/3 with season long upside.

John Ross III, CIN (priority HIGH/MEDIUM) – Could we finally be witnessing Ross’ breakout in his 3rd season? The former 9th overall pick torched the Seattle secondary for 7-158-2 on a team leading 12 targets. He looked as fast as his 4.22 combine forty would imply, and scored both on a deep bomb and a manufactured sideline catch-and-run. Like with Dalton, there is a narrative supporting a new role with rookie coach Zac Taylor calling 51 passes in a game they led most of the way. As crazy as it sounds, Ross is absolutely fantasy relevant until AJ Green returns. Treat him as a WR3 with obvious weekly WR1 upside for now.

Terry McLaurin, WAS (priority MEDIUM) – This is why we need to pay attention to drumbeats. From his first day on the practice field, he’s been described as electric and someone Washington wanted to build around. He has game breaking 4.3 speed and showed it turning 7 targets into a 5-125-1 performance while playing 93% of the snaps. The offense is likely going to be uninspiring but McLaurin should be considered a WR3 now with season long upside.

Marquise Brown, BAL (priority: MEDIUM/LOW) – It doesn’t matter if you weigh 176 lbs. if they can’t get a finger on you. Despite missing almost all camp, the first round pick wasted no time in exploding on to the scene for 4-147-2. The matchups will get tougher than the zombies Miami sent out there but Hollywood stepped out on to the red carpet today. I advise treading lightly here as Brown only played 18% of snaps despite his huge production. If the Ravens want to run the ball, Brown probably doesn’t offer much in the way of outside blocking. A lower volume version of Ross and McLaurin, Marquise is a WR3/4 with exciting upside any given week.

Chris Conley, JAX (priority LOW/FREE) – With a wide open receiver depth chart, I was excited to see how the targets would shake out. The KC matchup is an ideal one, but the new Jaguar still did work leading the team with 7 targets for 6-97-1. He is a WR4/5 for now, but could work his way into a WR3 type guy.

A.J. Brown, TEN (priority LOW/FREE) – The Titans certainly kept this one under wraps all preseason. AJB made the most of his opportunities checking in with a 3-100-0 line. He’s a low priority WR5 simply because the volume won’t carry him but he could grow into a more featured role.

Deebo Samuel, SF (priority FREE) – The rookie with one of the best names in football worked as a bona-fide starter Sunday, on the field for 88% of the snaps. His stat line was an uninspiring 3-17-0 and he lost a fumble, but we can’t ignore the usage. Slip him onto your roster now, as there is potential here.

T.J. Hockenson, DET (priority MEDIUM) – Another guy I was eyeing prior to week 1, Hock had a spectacular debut leading the Lions in receiving with a 6-131-1 line. The Cardinals defense is a bit of a pushover, but this was THE best performance by a tight end in their first game since the 1950 AFL-NFL merger. I still don’t love the offense in general, but Hock’s day can’t be ignored. He’s definitely a top 12 TE until further notice.

Leave these guys behind, it’s time to move on

Peyton Barber, TB – He was an uninspiring choice even when the projections saw 250 touches. Now with a full blown committee and already being outplayed I’d lump Barber in with CJ Anderson as a low volume, low upside RB4.

Darwin Thompson, KC – Maybe a hold in deep leagues and dynasty, he’s certainly droppable in any typical redraft format. The preseason dandy saw 1 touch and is only relevant if an injury occurs to backs ahead of him.

Ty Montgomery, NYJ – Well, the flop on Montgomery was just that. After some hype that he would have a significant role, he got 2 carries and 0 targets. Next.

Anthony Miller, CHI – Miller was a little exciting after a strong rookie season but he finished week 1 with 0 yards on 1 target. Tarik Cohen took most of the slot snaps and was a feature in the passing game. Miller was coming off a summer injury so his role could grow as he gets healthier but I would rather own any of the WRs mentioned above over Miller right now.

Geronimo Allison, GB – Zero targets. I don’t know what else to say.

Jordan Reed, WAS  – Sadly, I would drop Reed for someone who is playing and doesn’t have all his health concerns. I was interested all summer but now I’d drop him for T. J. Hockenson or Darren Waller who we’ll see Monday Night.