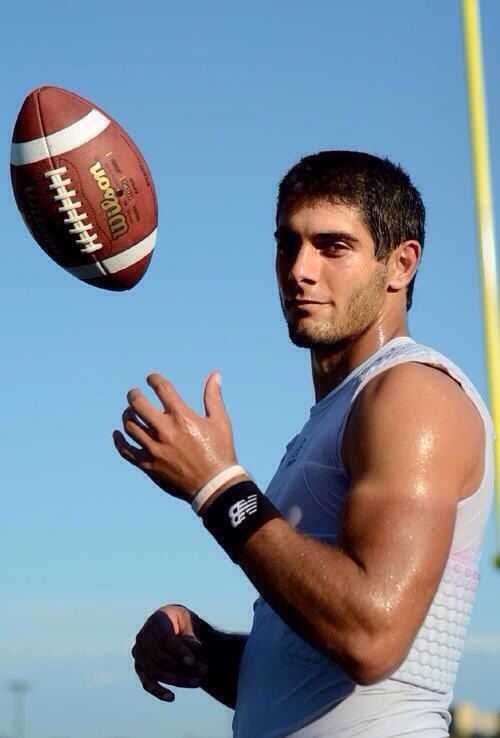 Like my old baseball coach used to tell us when working on turning double-plays at second base, “You gotta get one to get two.” Fantasy football playoff time is finally upon us and you’ve gotta get one win to get two (and then most importantly, three.) Below you’ll find some of the hottest adds of the week to help your team maintain their dominance and get the first “one” in round one of your playoffs.

Let me know what you’re looking at on your waivers in the comment section and I’ll let you know what I think Tuesday evening.

Aaron Rodgers, GB, 54.3%: I know this goes against my “avoid recommending anyone owned in over 50% of leagues” rule, but Rodgers is about to serve as the Packers scout team QB and he could be back in week 15. If you are in one of the 45.7% of leagues that someone dropped Rodgers — grab him if you need QB help in the playoffs. He’ll get the Panthers in week 15 as an appetizer warm-up before getting a tough test in the Vikings in week 16.

Josh McCown, NYJ, 39.4%: I can’t keep recommending McCown every week you guys! Get his ownership above 50%! McCown again shined in week 13 scoring the second-highest fantasy point total among QBs. Yes, that was against a Chiefs defense who have allowed the 5th most passing yards. McCown gets the Broncos in week 14, but don’t let them throw you off. They’ve allowed 14 passing TDs in their last 5 weeks. McCown and the should-be Pro Bowl, All-Pro, All-Madden WR Robbie Anderson are in for a great weekend.

Jimmy Garoppolo, SF, 14.5% owned: Finally out of Tom Brady’s considerable shadow, it’s now time for Guapo-lo to shine! Jimmy beat the Bears in his first start with his new team 15-14. He threw for 293 yards with 0 TDs with a 70% completion percentage. Quite impressive against a defense that was allowing the 9th fewest fantasy points per game. With the first start jitters out of the way I’m thinking Garoppolo has a fantastic game against the Houston Texans. The Texans have allowed the second-most fantasy points per game to QBs including 18 to Marcus Mariota in week 13. If you need a QB2 or have a QB with a tough match-up — grab Garopp.

Kerwynn Williams, ARI, 5.4%: With Adrian Peterson sitting out with a neck injury in week 13, Kerwynn had a solid 97 yard rushing game. There are already whispers of AP missing week 14 against the Titans, so Kerwynn could be worth FLEXing again this week. The Titans have been pesky against the run (5th fewest fantasy points to RBs) but if he’s getting all the snaps — he’s worth owning. In week 15 he’ll get the Redskins who have allowed the 6th most fantasy points to RBs and then in championship week the Cardinals get the Giants who have allowed the 7th most.

Mike Davis, SEA, 2.9%: For whatever it’s worth, Davis is officially the undisputed RB1 in Seattle. So many have tried and failed before him, but after a 13 fantasy point game on the back of 64 rushing yards and 37 receiving yards, I think Davis is finally a Seattle RB worth grabbing. Davis has a tough week 14 (Jaguars) a sexy matchup in week 15 (Rams — 2nd worst rush defense) and a so-so matchup in your championship game (Cowboys.)

Peyton Barber, TB, 1.5%: Here is what I said last week when I told you to swipe up Barber: “Someone’s gotta run in Tampa Bay and why not Barber? It sure isn’t Doug Martin — he’s averaging 5 fantasy points over his last 6 games including a goose egg in week 9 and 3 fantasy points in week 12. Barber snagged 2 rushing TDs in 5 attempts in week 12 and screw it, maybe he can make an impact.” And screw it, he made an impact! 23 rushing attempts for 102 yards and he even grabbed 4 passes for 41 receiving yards. In week 14 the Lions are coming to town and they’ve allowed the 4th most fantasy points to RBs on the season. Use your #1 waiver claim on Barber even with Doug Martin potentially coming back.

Marquise Goodwin, SF, 15.2%: Alright Marquise, I see you scoring double-digit points in each of your last three games! Chances are if i’m recommending a QB up above — you should be looking at one of his WR as a recommendation as well. Garoppolo and Goodwin are going to hook up early and often in week 14. Don’t tell their girlfriends.

Cordarrelle Patterson, OAK, 5.1%: Dang. I recommended Seth Roberts as the WR to own in Oakland with Michael Crabtree suspended and Amari Cooper out with an injury. Turns out it was Cordarrelle who starred in the passing game: 4 targets/4 receptions for 97 receiving yards. Crabtree will be back in week 14, but Cooper’s status is still up in the air which could lead to Cordarrelle getting more looks again. He’ll have the benefit of facing the Chiefs who allow the second most fantasy points per game to WRs.

Ryan Grant, WAS, 1.2%: What if I told you — the second leading wide receiver for the Redskins was a little 5th round pick out of Tulane University? Over the past three weeks Grant had 1 crappy 1 fantasy point game sandwiched between two great games scoring 14 and 18 points respectively. Week 14 sees Grant and friends heading to LA to meet the Chargers who have been a little stingy on the air game, but Grant still might be worth owning if you’re in a deeper league.

Cameron Brate, TB, 57.3%: Bounceback thy name is Brate. After a string of double-digit fantasy points from week 3 to week 8 — Brate disappeared grabbing 4 total receptions over his next 4 games. In week 13, Brate came back in a big way against the Packers with 2 TD receptions leading to a 17 fantasy point day. Week 14 brings the Lions to town who have allowed the 9th most fantasy points the opposing TEs. Not bad if you’re looking for a stupid, dumb, moronic Rob Gronkowski replacement.

Dwayne Allen, NE, 0.5%: #1 TE Rob Gronkowski really couldn’t have picked a better week to get suspended, huh?! Allen only started making catches this year in week 10 (4 receptions on the year) but he’s due for a starting gig with Gronk out. Allen gets a great opponent in the Dolphins who have allowed the 4th most fantasy points to opposing TEs.

Chicago Bears D/ST, @ CIN, 40.1%: The Bears have had mixed results the past few weeks, but notched 10 fantasy points in week 13 against the lowly 49ers. Now in week 14, they’ll head to Cincinnati to battle the Bengals. The Bengals have accumulated the fewest total yards of offense on the season and the 8th fewest points per game.

Green Back Packers D/ST, @ CLE, 14.0%: Fresh off a 14 fantasy point game against the Buccaneers in week 13, the Packers defense now get to enjoy the worst NFL offense in the Browns. The Browns have scored the fewest points in 2017 and nothing is going to change that in week 14 — not even Josh Gordon.

Robbie Gould, SF, 13.3%: Robbie Gould beat the Bears single-handedly in week 13 booting 5 out of 5 field goals en route to a 15-14 victory. All 5 FGs were under 40 yards, but who cares — points is points is points man. Now, Gould and the 49ers head to Houston to throw down against a Texans team that has allowed double-digit fantasy points to kickers in 5 of their last 7 games.