Here are the most recent stats for team defenses against the pass and run.  These stats are from the last 6-7 games and I feel are fairly accurate. If you have any questions about these numbers throw them into the comments and see if they stick. 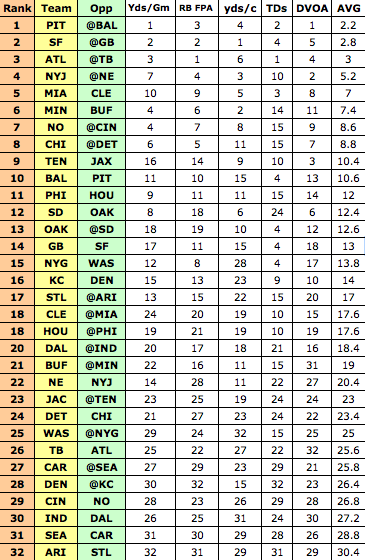 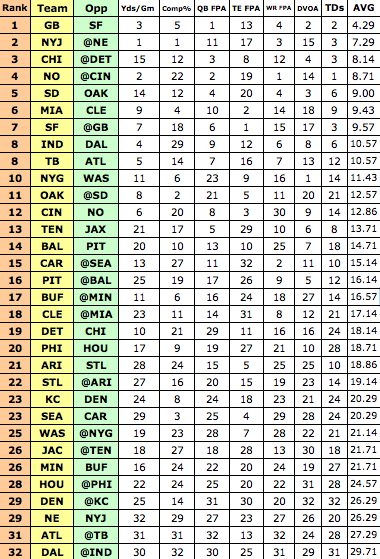