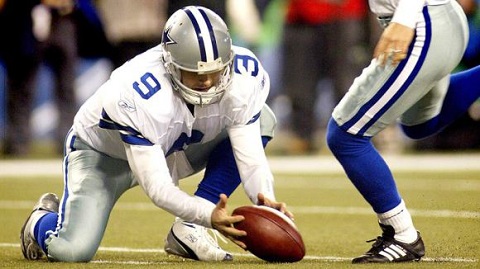 No, most certainly not. But the leaves are changing, the weather is getting a bit chillier, and the Cowboys are winning, which can only mean that their inevitable collapse into mediocrity and missing out on the playoffs in the last two weeks of the season is right on schedule. Or is it? GOOD QUESTION BRAH. The 4-1 Cowboys have been led by both Romo (1260 YDS, 9 TD) and DeMarco Murray (130 CAR, 670 YDS, 5 TD), but are facing a still dominant Seattle defense in what is the highlight game today. One of the most interesting battles should be between Dez Bryant and Richard Sherman, if only because we all know Sherman ranks Bryant last in his wide receiver rankings. Sure, all receivers rank last in his rankings, but at least they aren’t in the sorriest category like Michael Crabtree is. (Can confirm, Crabtree is pretty bad.) There are a lot of things going against the Cowboys here: facing the number one ranked defense, at home, and they haven’t won five straight since 2007. Fate seems to be a pretty big factor, as I’m not certain that natural law allows for such a win for “America’s” team. That being said, if they do somehow pull it off, we’ll be forced to actually think the Cowboys are a good football team. I’m not sure I’m ready for that. I’m not sure any of us are.