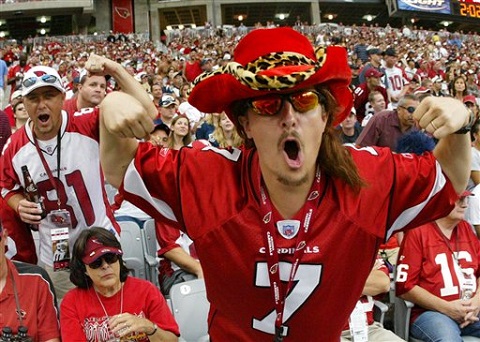 Hey guys, you can call off the search party now. I found Kid Rock. All is well.

Despite having a spectacularly unreliable offense at times, the Chip Kelly innovated™ Philadelphia Eagles find themselves 5-1, vying for the NFC East lead with the surprisingly competent Cowboys. And while we are still a good month and some days away from December, this looks like a finish that should provide plenty of entertainment, with a healthy side of NFC East derp, the purist derp out there, some would say. The Cardinals, who have had their own issues on offense, also bring a 5-1 record, trying to prove that Arizona is the new Seattle. All you need is not to be landlocked, and have some sort of progressive movement, and, you know, have a good football team. Well, you got one of the three so far… let’s see what happens next.