Another Election day has come and gone. Whether you’re red, blue, or somewhere in between, hopefully you made it out to the polls and made your voice count. Politicians are a lot like streaming fantasy options. You don’t really know if you made the right choice until it’s too late. Regardless of your choice, it’s very possible that you get absolute nothing out of them. And every now and then, you find one worth of holding on to for the foreseeable future.

To be honest, the vote with the most impact on my life was to the Sunday brunch bill that will move the alcohol service time in Georgia on Sundays up from 12:30 PM to 11:00 AM. Brunch is a huge thing in the South and it always felt odd to me that you couldn’t sit down on Sunday and enjoy a nice mimosa or bloody mary until about the time NFL games start. And don’t even get me started on the lack of alcohol on the golf course on Sunday mornings… 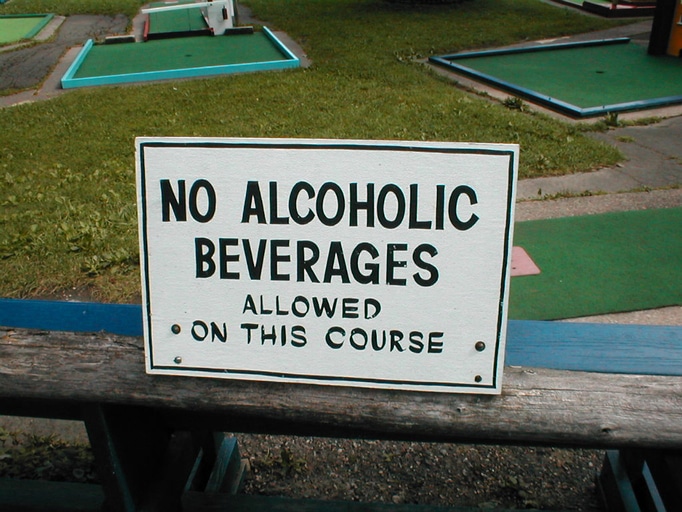 How am I supposed to golf when I show up looking like Tiger after a bender without some kind of hair of the dog to help? 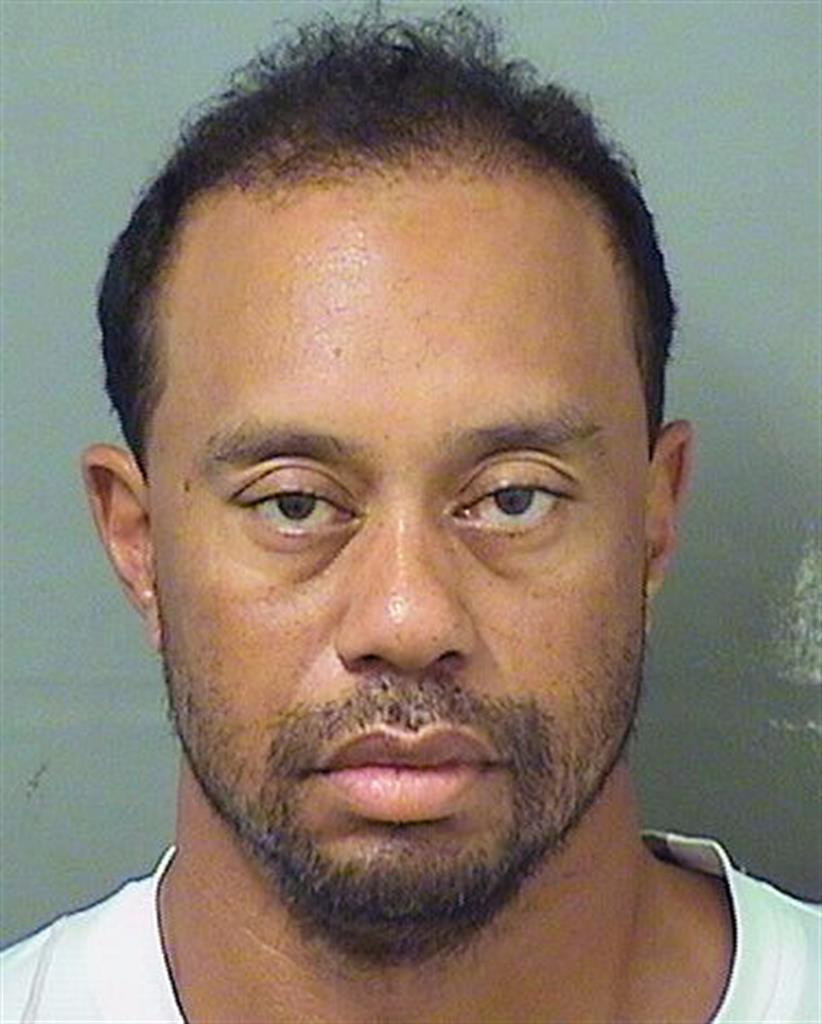 I think the Sunday drinking law may be one vote that wouldn’t be argued from both sides of the political divide. All things equal, I’d rather argue about who you should start this week than any political matter. I have a much better chance on convincing you that Eli Manning, yes that Eli Manning, yes the Giants quarterback, is a decent streaming option this week than I do of adjusting any of your long held political beliefs. So, let’s start there, Eli Manning is a good streaming option for you at QB this week and here’s why.

The train wreck that is Eli Manning and the Giants offensive line has not improved. I’m not here to sell you on Eli as your guy the rest of the season to start at QB, but it’s a plus match-up and despite the bad throws and inability to stand in the pocket, Eli has hit the 15 point mark in 6 of his 8 games this season. He still has some of the best offensive weapons in the game and one of them seems to save his day most weeks.

The match-up is a positive one as well. If you’ve been watching Manning, you know that he has not handled pressure well this season. Well, the 49ers have the 7th fewest sacks on the season, and should provide Eli at least a little more comfort back in the pocket. As a unit, the San Francisco defense has allowed the 5th most points and the 10th most yards in 2018. They haven’t fared well against the pass as they are allowing the 9th most passing yards and 7th most passing touchdowns while also giving up the 2nd most net yards per attempt. Eli has been turnover prone as well this season, but the Niners are tied for the 2nd fewest interceptions with only 2. All of that culminates in the SF defense allowing the 7th most fantasy points to the QB position. Start Eli as confidently as you can ever start Eli.

I had Sam Darnold in this spot, but it sounds like he’ll be missing this week. If you’re really reaching down to the dregs in a 2 QB or deep league, I think his replacement, Josh McCown, could be acceptable in a plus match-up. However, I’m looking at the other side of the Giants/49ers match-up to find the 2nd streaming option of the week.

Not going to lie, I was disappointed that Nick Mullens didn’t have a blonde flat top a la Chris Mullin. Maybe it would look something like this… 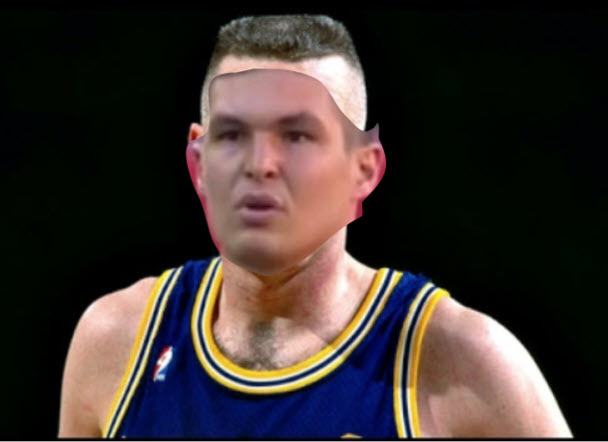 Count me among the masses who started THA RAIDERS defense vs Mullens last week as Mullens showed that he just might belong at this level, at least for 1 week. After throwing for 262 yards with a completion percentage of 72.7% and 3 TDs, the Niners have decided to let him take the reins for a second straight game despite C.J. Beathard seemingly able to play. Kyle Shanahan trusts him to start after Mullens told him to stop talking, and that at least gives me some hope that it won’t be a complete failure from the inexperienced QB.

The Giants defense hasn’t been terrible and has sat more in the middle of the road than at the bottom of the list when you start looking through the stats. They come in at 15th in points allowed, 17th in yards allowed, and 22nd in passing yards allowed. All solid finishes, especially given some of the tough situations that the offense has put them in this year. The positive for Mullens is that while the Giants are 15th in points allowed, they come in as 3rd worst scoring percentage and 25th lowest turnover percentage. They are also 2nd to last in sacks and bottom 5 in interceptions, which should allow for some growing pains for Nick Mullin, sorry, Mullens.

I will bottle up my Chris Herndon love for this week after profiling him on the podcast and talk about somebody else at the position (but seriously, if he’s available, go pick him up if you need a TE). Ben Watson is not an exciting player from a real life or fantasy point of view, but he is utilized in the Saints high powered offense, and doesn’t have anyone else competing for targets from the tight end position there in New Orleans.

As with most guys in the lower ownership percentages of tight ends, you are hoping Watson finds the endzone more than anything on a week to week basis. Despite only 2 games over 50 yards, Watson still has the 13th most points among tight ends this year. He consistently gets a few targets each game as only twice all season has he failed to get at least 4 targets.

The Saints under Brees and Payton have always distributed the receptions around the team, but it is a good match-up against a banged up Bengals defense that has trouble containing the tight end this season. The Bengals injury report contains a number of guys that might have been asked to check Watson including: Vontaze Burfict, Darqueze Dennard, Nick Vigil, and Davontae Harris who all were absent from practice on Wednesday.

These players haven’t missed the entire season, but the numbers still don’t look good for the Bengals defense versus the TE.  They have given up the 3rd most yardage and are tied for the 4th most TDs allowed to the position. They have also allowed the most receptions to the tight end. All of that adds up to the Bengals allowing the 4th most fantasy points to the TEs this year, and I think Watson and the Saints may take advantage of this clear weakness.

I will admit that I was on the Ed Dickson train in Seattle as the tight end you wanted to own upon his return from injury. However, after his initial big game, he has fallen off and Nick Vannett seems to have found his place in the offense. Over the last 3 games, he has been the leader or second on the team in targets, which includes 8 targets in week 9. There is still the possibility for some target share for the Seattle tight ends, but Vannett is the guy I want this week.

While the Rams come in at 13th in points allowed to the tight end position, they have allowed them to put up yardage as they are giving up the 4th most yardage to tight ends. They come in at 13th in fantasy points allowed because they have been able to keep TEs out of the end zone allowing only 2 TDs on the season. With a porous offense line and the Rams scary defensive front, I expect a lot of quick passes that should utilize the underneath areas that Vannett works in primarily. Not an ideal pick-up, but may be the best remaining option on your wire if you’re dealing with bye weeks or are staring at a deep league waiver wire.

With the news that Darnold isn’t likely to play (although still only has the questionable tag), both defenses in this match-up could be worthy streaming options. I believe that both defenses are at least league average defensive units, but the stats may not show as such because of the terrible positions that their respective offenses have put them in this season. No defense, regardless how strong, can continually repel offenses that have been handed favorable field position after yet another 3 and out.

On the season, even with some terrible offensive performances, the Jets defense comes in at 12th in points allowed and 11th in yards allowed. While they have given up the 12th most points on the season, they actually have the 4th best scoring percentage allowed, which only goes to show how many plays that the unit has been on the field for in 2018. The Jets have been fantasy friendly on defense as they have the 4th most fantasy points thanks to their ability to create turnovers. They are currently 7th in turnovers created, and that’s really what you’re looking for when hunting down a fantasy defense.

Let’s not forget that they are going up against the JV team that is the Buffalo Bills. It sounds like Peterman is likely to get another start as Josh Allen is still recovering and Derek Anderson is in the concussion protocol. In the 2 games that Peterman has started, the opposing defenses (yes it was the Bears and Ravens to be fair) have scored a combined 54 fantasy points.

Even with different QBs under center for most of the season, the Bills are the lone offense still under 100 points on the season. If that wasn’t enough, they have the 2nd fewest yards and lead the league in turnovers. Even when the offense finally does something positive, they have shot themselves in the foot with penalties. To give you an idea, they are currently 3rd in offensive penalties committed and 2nd in yards given back based off of those penalties. Start the Jets this week with confidence in what may be the ugliest game of the season.

I wouldn’t normally put anyone on this list with this kind of ownership percentage, but as the Chargers were available in a number of my leagues, I felt it was valid to include them on the list. As a unit, the Chargers defense has been solid on the season, coming in as the 9th best unit so far. They have allowed the 10th fewest points and the 14th fewest yards in 2018. They have 10 interceptions on the season, which is good enough for a tie for the 6th most in the league. For fantasy purposes, the defense has scored the 9th most fantasy points and has been into the double digits in 5 of their 8 games.
The Raiders offense hasn’t been strong all season, but with the trade of Amari Cooper and the general attitude of nobody gives a sh** in Oakland, the offense has fallen even further back. On the season, they are among the bottom 5 teams in points and those 5 are the only ones that have failed to reach the 150 point mark in 2018. Even that may be deceptive given the changes in Oakland as they looked lifeless on the field in week 9 against the 49ers. 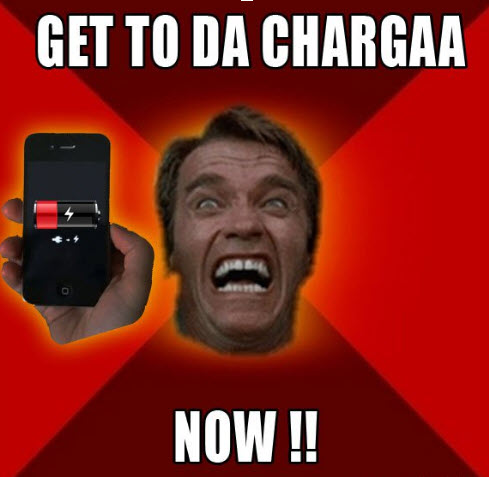